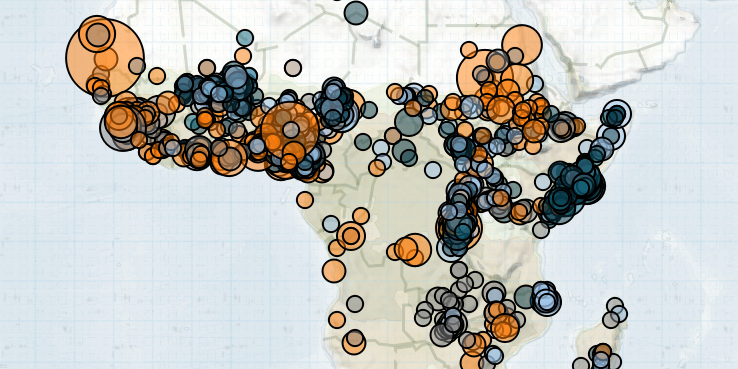 In Egypt, military forces conducted multiple days of airstrikes in Rafah, Sheikh Zuweid, Bir Al-Abd and the Al Arish area, amid an ongoing campaign against Islamic State’s insurgency in North Sinai. In a separate incident, two children were killed by Egyptian soldiers when they were hit by stray bullets in Sheikh Zuweid.

Eastern Kenya was also hit by several Al Shabaab attacks, including one on a public bus in Mandera North County, which resulted in multiple civilian fatalities. Al Shabaab militants also burned down the home of a police reservist in Garissa County, the fourth attack against police reservists in recent months.

In Nigeria, Boko Haram carried out attacks on civilians and clashed with state forces in Yobe and Borno states. In Borno, the Nigerian military launched multiple airstrikes against Boko Haram targets, resulting in an unknown number of fatalities. In the state of Adawama, two Nigerian soldiers were killed during a clash in Garkida town. The militants destroyed a church and looted shops, before the Nigerian military intervened.

In Mali, Fulani and Dogon militiamen continued to target opposing civilian populations in the Mopti region, amid a sustained surge in intercommunal violence. Malian military forces also targeted Fulani civilians, during counter-militancy operations centred on Mondoro commune. In the deadliest such incident, soldiers are accused of killing 12 Fulani civilians.

Meanwhile, French forces of Operation Barkhane killed dozens of suspected Jama’at Nusrat al-Islam wal-Muslimin (JNIM)/Katiba Macina militants during a raid south of Mopti. Groups believed to be the Al Qaeda-affiliated JNIM and Islamic State in the Greater Sahara (ISGS) also conducted minor attacks on Malian army and gendarmerie positions and fired a mortar barrage against the super camp in Menaka. The camp hosts both state and international forces.

Finally, in Burkina Faso, presumed ISGS militants continued to perpetrate mass-atrocities against civilians, killing at least twenty-four civilians in the village of Pansi and eleven civilians in Dyamondi. Both villages are situated in remote eastern Burkina Faso, near the border with Niger.