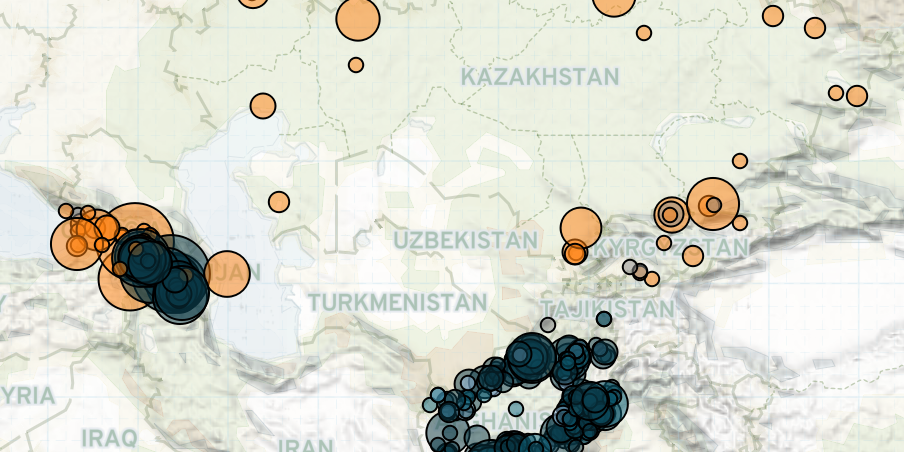 In Afghanistan, there is a surge of violence just days after the Taliban and the US signed a peace agreement, with the Taliban ending a nationwide partial ceasefire and resuming attacks on Afghan government forces. The majority of Taliban attacks targeted Afghan police and military checkpoints. In response, the US military carried out at least one drone strike against the Taliban in Helmand province, marking the first US strike targeting the Taliban since 22 February. The US-Taliban agreement sets “a permanent and comprehensive ceasefire” as a goal of intra-Afghan negotiations, but does not address the level of violence in the short-run (Lawfare, 8 March 2020). The current spike in violence could be an indicator that the Taliban intends to continue fighting during the intra-Afghan negotiations to gain the upper hand. Analysts also suggest that the insurgent group has been attempting to increase pressure on the Afghan government to release thousands of imprisoned Taliban fighters, a provision under the US-Taliban agreement that Afghan President Ashraf Ghani initially rejected (BBC, 4 March 2020). Ghani has, in the meantime, ordered the release of 1,500 Taliban prisoners, with the process of release expected to begin by the end of this week (Al Jazeera, 11 March 2020). Intra-Afghan negotiations, initially scheduled to begin on 10 March, have been postponed, and the parties are reportedly in talks to set a new date later this month (CNN, 9 March 2020).

In Kyrgyzstan, a major demonstration took place in Bishkek on 2 March in support of the imprisoned politician Sadyr Japarov. As large crowds gathered in the city’s famous Ala-Too Square, a group attempted to storm the nearby presidential office building. The demonstrators clashed with police, who detained dozens (RFE/RL, 2 March 2020). A former MP, Sadyr Japarov is known for his nationalist opposition to the Canadian mining company Centerra Gold running the Kumtor gold mine project in the eastern Issyk Kul region (Eurasianet, 2 August 2017). He was accused of attempting to overthrow the government during the violent demonstrations he led in 2012, and was charged with taking a government official hostage during another round of demonstrations in 2013 — although he denies all charges (The Diplomat, 5 March 2020). Currently serving a prison sentence of 11.5 years, Japarov has a large group of supporters in Kyrgyzstan. In December 2019, half a million people signed a petition for his release, while in January 2020 his supporters gathered in Tyup town of Issyk Kul to announce this further round of demonstrations (24.kg, 16 December 2019, 22 January 2020).

On the Armenia-Azerbaijan frontline, cross-border clashes led to additional casualties last week. The State Border Service of Azerbaijan reported that Armenian forces killed a soldier near Gushchu Ayrim village on 5 March, while an Armenian army sniper shot another soldier near Dash Salahli village on 7 March. On the other hand, the Ministry of Defence of Armenia claimed that a soldier was injured when Armenian forces repelled an Azerbaijani army raid at the northeastern part of the frontline on 6 March. While both governments accused each other of provocation, they offered no further explanation for this sudden flare-up (JAM News, 6 March 2020).

Overall, ceasefire violations continued at similar levels. Azerbaijan’s Ministry of Defense (MoD) reported 39 armed engagements on the Azerbaijan-Armenia Line of Contact and 37 armed engagements on the Artsakh-Azerbaijan Line of Contact. Furthermore, the Artsakh Republic’s Defence Ministry continued reporting lower levels of violence, stating that Azerbaijani forces fired 700 shots into Armenian positions and were responsible for approximately 130 ceasefire violations on the Artsakh-Azerbaijan Line of Contact during the past week (Artsakh Republic Ministry of Defence, 25 January 2020).