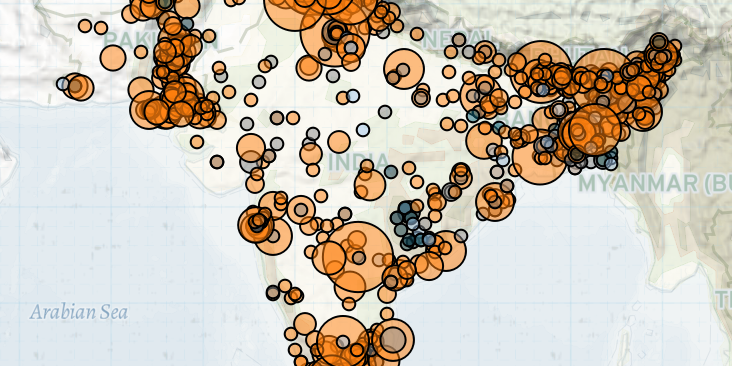 Key trends in South Asia last week include: continuing clashes between supporters and opponents of the Citizenship (Amendment) Act, 2019 (CAA) leading to communal riots in India; demonstrations in Bangladesh and Pakistan against both the CAA and against the communal violence in India; and protests against the rise in prices of gas, petroleum products, and utilities in Nepal, Pakistan, and Bangladesh.

In India, clashes between supporters and opponents of the controversial CAA continued to escalate into communal riots. While violence in the capital, Delhi, subsided last week, communal clashes were reported in the northeastern states of Assam and Meghalaya, and in the southern state of Tamil Nadu. In Tamil Nadu’s Coimbatore district, a member of a Hindu religious organization was assaulted while returning from a pro-CAA rally. In retaliation a Muslim auto-driver was assaulted by a Hindu mob (New Indian Express, 6 March 2020). Mosques were vandalized in Assam’s Baksa district and Tamil Nadu’s Coimbatore. Meanwhile, in several districts of the northeast state of Meghalaya, demonstrations by indigenous and tribal groups opposing the CAA continued, at times turning violent. In South West Khasi Hills district, a mob reportedly set fire to shops rented out by members of a non-tribal community. Furthermore, two members of non-tribal communities were killed in attacks by masked attackers (Indian Express, 6 March 2020). Last week’s communal violence in the northeast erupted after a meeting on the CAA, and the demands for the Inner Line Permit (ILP) system led to clashes between tribal student activists and non-tribal villagers (Indian Express, 6 March 2020).

The CAA along with a proposed countrywide National Register of Citizens (NRC) has prompted fears and insecurity among Muslim communities nationwide and tribal communities in the northeast (Scroll, 4 March 2020). The controversial citizenship law offers amnesty and expedited citizenship to undocumented non-Muslim immigrants from three neighboring Muslim majority countries – Afghanistan, Pakistan and Bangladesh. The NRC is an official record of legal Indian citizens and requires people to produce documents relating to their ancestry in order to be enlisted as Indian citizens. Opponents of the Act argue that the CAA coupled with NRC could become a tool for exclusion and harassment of Muslim communities (New York Times, 27 February 2020). The tribal groups in the northeast fear that the Act will regularize hundreds of thousands of non-tribal residents, in particular Hindus, from neighboring Bangladesh, considerably changing the demographics of the region, burdening resources and threatening indigenous languages and culture (Economic Times, 17 December 2019). These concerns have reignited demands for the ILP system, a colonial era concept that restricts the movement of an Indian citizen to visit or stay in a state (Indian Express, 6 March 2020).

In Muslim majority Bangladesh and Pakistan, demonstrations continued both against the CAA and  against violence targeting the Muslim community in India. In Bangladesh, demonstrations were held in the capital, Dhaka, and in several divisions, including Rangpur and Mymensingh, where several thousand Muslims demanded cancellation of Indian Prime Minister Narendra Modi’s impending visit to Bangladesh (Dhaka Tribune, 2 March 2020). Similarly, members of religious parties, students, and journalists held demonstrations in Pakistan’s Sindh province condemning the attacks on mosques and violence against Muslims in India.

In other developments, demonstrations against inflation and the rise in prices of utilities were reported in multiple countries in South Asia. In Bangladesh, political parties, including the opposition Bangladesh Nationalist Party (BNP), held several protests against the rise in power and water tariffs. In Pakistan, Jamaat-e-Islami (JI), an Islamist political party, held statewide protests against inflation. Similarly, in Nepal, the Nepal Students’ Union (NSU) — who is affiliated with the Nepali Congress, and opposition party — held nationwide protests against the hike in petroleum prices.

Danyal Kamal is the Research Manager for South Asia at ACLED. In his role, he oversees the coding of political violence and protest events in Bangladesh, India, Nepal, Pakistan, and Sri Lanka. He holds a BA in General Management from Michigan State University and has research experience in the fields of minority rights, misgovernance and radicalization, tax policy and enterprise development, and public policy.
Ashik KC