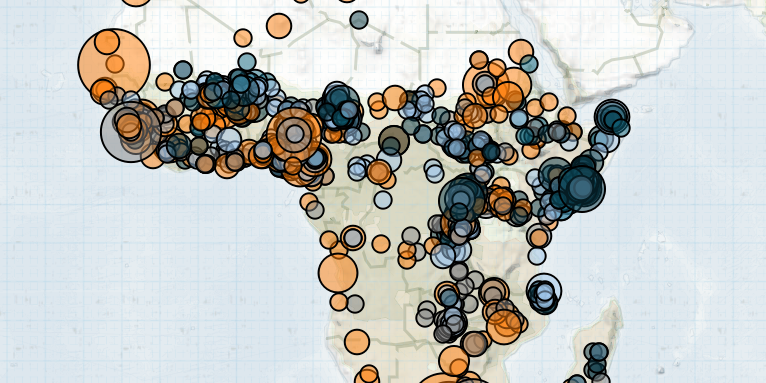 The ongoing conflict in Libya substantially increased in violence, headlined by heavy artillery fire in the capital Tripoli. Meanwhile, lawyers and judges staged demonstrations in various parts of the country against a series of abductions targeting members of the judiciary who have been outspoken on human rights issues.

In Sudan, Prime Minister Abdalla Hamdok survived an assassination attempt when his convoy was targeted with an explosion in Khartoum North on 9 March. A member of his security detail suffered minor injuries in the explosion. The prime minister’s supporters responded to the attack by staging demonstrations in several cities. It came amid ongoing tensions between Hamdok’s civilian government and the military, over an ongoing reform drive (Reuters, 9 March 2020). Meanwhile, an armed pastoralist group carried out attacks on civilian populations in South, Central and North Darfur. In South Darfur, a similar group killed at least 13 people in attacks on villages south-east of Nyala, responding to the earlier killing of a pastoralist.

In Cameroon, Ambazonian separatists clashed with state forces in Northwest’s Mezam, Bui and Ngo-ketunjia departments, as well as Ndian in the Southwest. Separatists also detonated an explosive during women’s day celebrations in Bamenda town, killing one soldier. Elsewhere in the Anglophone regions, state forces staged attacks on civilian populations, including a fatal attack on a church pastor and members of his congregation in the Northwest’s Momo department.

In Burkina Faso, security forces and the Koglweogo continued their recent campaign against Fulani civilian populations, staging targeted attacks on communities in the Sahel and North regions. In the worst attacks, Koglweogo militiamen killed at least forty-three members of the Fulani community in the villages of Dinguila and Barga, in the North region. Security forces and the Koglweogo also clashed with suspected Jama’at Nasr al-Islam wal Muslimin (JNIM) or Islamic State in the Greater Sahara (ISGS) militants in Gourma province in the country’s East region.

Finally, the Nigerian and Nigerien contingents of the Multinational Joint Task Force reportedly killed senior Boko Haram commander Mallam Bakura, and an unspecified number of his associates, during an operation on an isolated island in the Lake Chad area. Bakura had been a senior member of ISWAP before linking up with the Shekau-faction of Boko Haram (Punch, 14 March 2020). State forces also carried out airstrikes targeting Boko Haram camps in the Sambisa Forest in Nigeria.