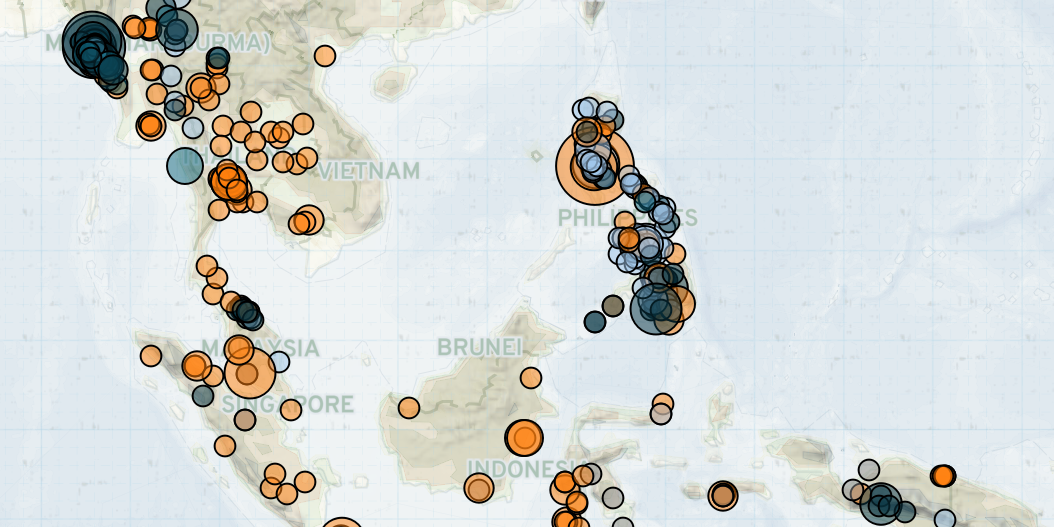 In Southeast Asia, key developments last week include: increased civilian fatalities from ongoing clashes in Myanmar; fighting between separatists and state forces in Indonesia; clashes between communist rebels and state forces in the Philippines; demonstrations over government policies related to coronavirus in Thailand; and demonstrations in several countries in the region commemorating International Women’s Day.

Clashes in Myanmar between the military and the United League of Arakan/Arakan Army (ULA/AA) were particularly deadly last week. A dozen civilians were killed on 14 March when military jets fired on villages in Paletwa township in Chin state (Irrawaddy, 16 March 2020). Several more civilians were killed or injured across Chin and Rakhine states as a result of the ongoing fighting. Clashes between the military and the Palaung State Liberation Front/Ta’ang National Liberation Army (PSLF/TNLA) were also reported in Shan state.

A clash between the separatist West Papua National Liberation Army (TPNPB) and state forces occurred last week in Papua province in Indonesia. Clashes between the two groups have been more frequent since the beginning of the year. Many Papuans have been displaced due to ongoing disorder in the region (Radio New Zealand, 16 March 2020).

In the Philippines, clashes between the New People’s Army (NPA) and state forces were reported across the country. The clashes come as President Duterte has now called for a ceasefire with the NPA in light of the need to use state forces to enforce a lockdown of the island of Luzon due to coronavirus (Rappler, 17 March 2020). The ceasefire call was met with skepticism by the NPA which asked for the proposal to be made through more formal channels.

Pro-democracy protests continued on university campuses in Thailand, though fewer demonstrations were recorded than in previous weeks. Meanwhile, demonstrations over government policies concerning coronavirus were reported across several provinces in Thailand. Demonstrators called on the government to reconsider the location of a planned quarantine site for migrant workers returning to Thailand.

Finally, International Women’s Day on 8 March was marked by demonstrations in Malaysia, Indonesia, Thailand, and the Philippines. Labor protests were also held last week in Cambodia by garment factory workers, and in Indonesia by those opposed to an omnibus bill viewed as anti-labor.