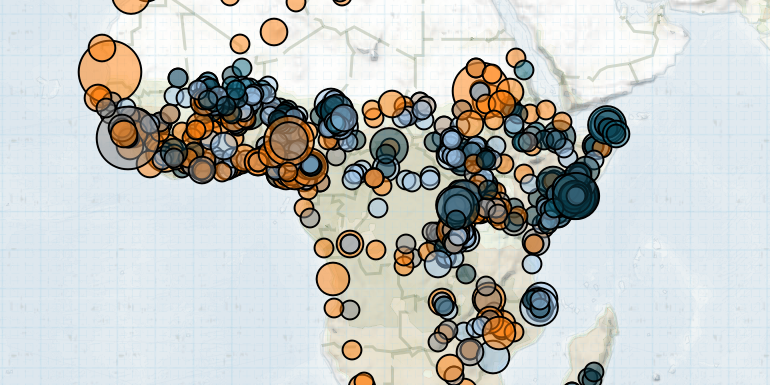 In Africa last week, concern over the spread of the coronavirus prompted mob violence and demonstration activity across a number of countries. Several major armed clashes involving Islamist militants were reported in Mali, while the Libyan conflict continued to worsen.

With the majority of African countries now reporting cases of coronavirus (WHO, 19 March 2020), the outbreak prompted demonstrations and mob violence in various countries. Government preparedness was a source of discontent in Algeria, Tunisia and eSwatini, as health workers demonstrated against a lack of resources to combat coronavirus. Contrastingly, the Democratic Republic of Congo (DRC), Morocco and Kenya witnessed protests against and in defiance of government restrictions announced in response to coronavirus. In Egypt, prominent female activists were arrested after protesting for the release of detainees to prevent the spread of coronavirus in prisons. Community fears also prompted several cases of mob violence targeting suspected carriers of the virus. One person was attacked and killed in Kenya, while violence took on a xenophobic form in Ethiopia and Uganda, where foreigners were attacked on suspicion of carrying coronavirus.

Meanwhile, the outbreak also prompted violent interventions by state forces in Senegal, Uganda, and Kenya, as governments enacted laws restricting public assembly. In Senegal, the gendarmerie clashed with people attending a traditional ceremony. In Tanzania, police detained Ethiopian and Somali migrants over fears that they were infected with coronavirus.

Elsewhere, the conflict in Libya continued to escalate for the second straight week. In particular, heavy fighting was reported in Ayn Zarah, south of Tripoli. Both the Government of National Accord (GNA) and the Libyan National Army (LNA) employed foreign mercenaries in the area. Syrian fighters were reported amongst GNA forces, with Sudanese mercenaries reported fighting alongside LNA forces.

In Mali, Jama’at Nasr al-Islam wal Muslimin (JNIM) militants carried out an attack against a Malian army base in Tarkint in the Gao region. Dozens of military fatalities were reported as the militants overran the base. The base had previously been the target of repeated mortar fire, as well as a combined suicide bombing and armed assault in January 2019. Meanwhile, communal lines were blurred in the Mopti region as Dogon villagers enlisted the assistance of Fulani militants — suspected Katiba Macina/JNIM fighters, to fight off members of Dan Na Ambassagou, a Dogon ethnic militia. Reports suggest that approximately 100 militiamen were killed when the Fulani militants encircled them inside the village of Borko and ambushed reinforcements who had been deployed from Bandiagara. Dan Na Ambassagou militiamen had been targeting the village for recruitment and, earlier in the week, following villager refusals, had attacked and killed a local imam and several Quranic students.