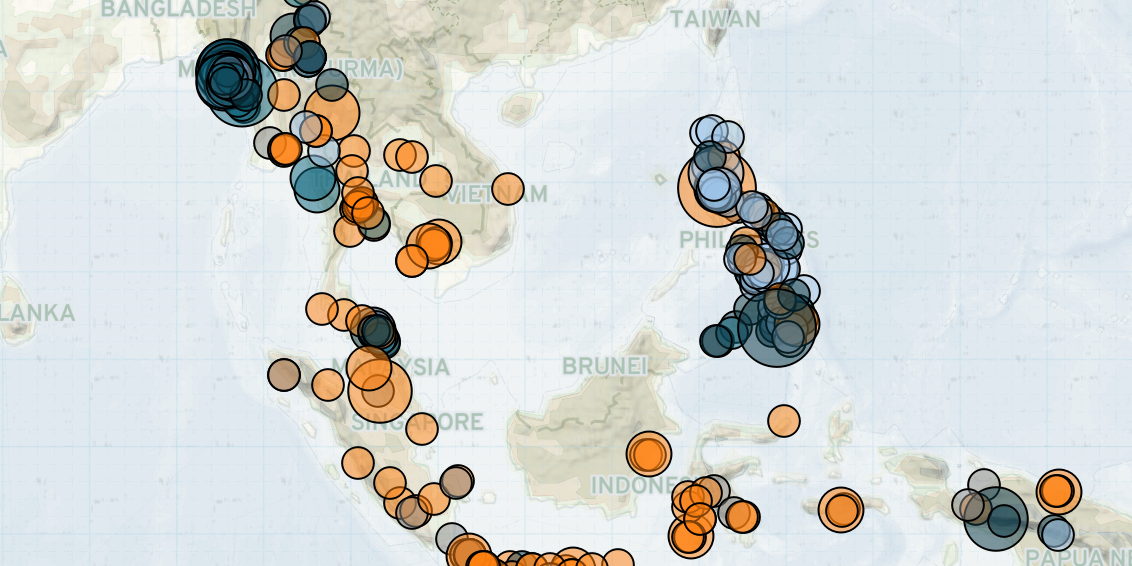 In Southeast Asia, key developments last week include: ongoing fighting in Myanmar after the government declared the United League of Arakan/Arakan Army to be a “terrorist” group; continued clashes between state forces and communist rebels in the Philippines despite ceasefire declarations from both sides; and demonstrations across the region stemming from government or employer decisions concerning the coronavirus.

As fighting between the military and the United League of Arakan/Arakan Army (ULA/AA) continued in Myanmar, the government declared the ULA/AA to be a “terrorist” group. Subsequently, it started hindering certain news outlets in Myanmar from carrying news of the conflict; a journalist who ran an interview with a ULA/AA leader has now been charged under counter-terrorism laws (The Guardian, 31 March 2020). As well, an ally of the ULA/AA, the Kachin Independence Organization/Kachin Independence Army (KIO/KIA), has been warned by the military that it will come under attack if it does not expel the ULA/AA from their Laiza headquarters in Kachin state (Irrawaddy, 31 March 2020).

In the Philippines, in response to the United Nations appeal for peace during the coronavirus pandemic, the communist New People’s Army (NPA) announced a unilateral ceasefire (The Diplomat, 31 March 2020). This came after President Duterte had announced the government’s unilateral ceasefire with the NPA the previous week. Despite these ceasefire declarations, state forces and the NPA continued to clash last week.

In Indonesia, the separatist West Papua National Liberation Army (TPNPB) shot at a military plane in Papua province. No separatist violence was reported in Thailand last week. The deep south of Thailand has seen an increase in the number of coronavirus cases, prompting the main separatist group, the Barisan Revolusi Nasional Melayu Patani (BRN), to release a statement calling for locals to cooperate in efforts to stem the spread of the virus (Khaosod, 27 March 2020).

Government restrictions on movement in an attempt to curb the spread of the coronavirus appear to have slowed demonstration activity across the region. Notably, the student-led pro-democracy protests in Thailand have largely come to a halt. Nonetheless, demonstrations were reported in Myanmar, Thailand, Indonesia, and Cambodia over government or employer decisions related to the coronavirus. In particular, factory workers in the region are facing a slowdown in production and lost wages due to the virus.