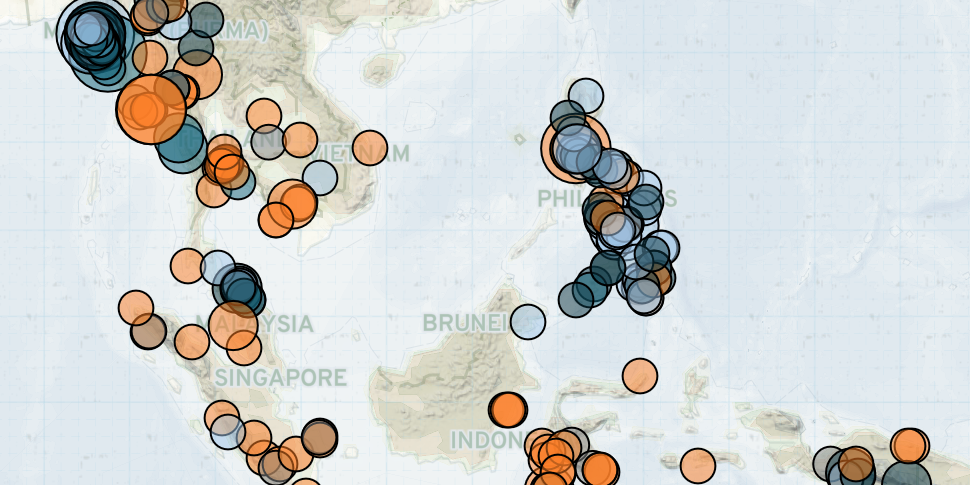 In Southeast Asia, key developments last week include: civilian deaths amid fighting in Rakhine state as the Myanmar military rejected calls for a ceasefire; an announcement by separatists in Thailand of a de facto ceasefire; an attack on civilians by separatists in Indonesia; ongoing clashes between state forces and communist rebels in the Philippines; and increased political violence stemming from coronavirus-related fears and demonstrations across the region arising from the impact of government and employee decisions related to coronavirus.

Fighting in Myanmar between the military and the United League of Arakan/Arakan Army (ULA/AA) reportedly led to multiple civilian deaths last week. As civilians continue to bear the brunt of the conflict in Rakhine and southern Chin states, the United Nations (UN) appeal for ceasefires due to the coronavirus has been met with differing responses by state forces and ethnic armed groups. The Brotherhood Alliance, of which the ULA/AA is part, announced that it had extended its unilateral ceasefire until the end of April, framing this decision in the context of the coronavirus. The military, on the other hand, made it known that it would not announce a ceasefire (The Myanmar Times, 2 April 2020).

In Thailand, amid a rise in coronavirus cases in the deep south, the Barisan Revolusi Nasional Melayu Patani (BRN), the main separatist group, announced a de facto ceasefire. The announcement notably avoided acknowledging the UN appeal and did not use the term “ceasefire” (Asia Times, 6 April 2020). It remains to be seen what effect the announcement will have on conflict trends in the deep south region.

Meanwhile, in Indonesia, as the country moves to address the highest number of coronavirus fatalities in the region, the separatist group West Papua National Liberation Army (TPNPB) attacked workers at the Freeport mine in Papua province, reportedly killing a New Zealander and wounding many others. The mine has been the target of Papuan rebels fighting for self-determination, who view business and development projects as encroaching on Papuan land (Asia Times, 1 April 2020).

In the Philippines, despite the unilateral ceasefires declared by both the government and the New People’s Army (NPA), clashes between the two groups continued. The government claimed the clashes occurred as the military was engaged in missions related to coronavirus prevention (GMA News, 2 April 2020). For more on the impact of coronavirus on the conflict in the Philippines, see this recent Spotlight infographic from ACLED’s COVID-19 Disorder Tracker (CDT).

Political violence stemming from fears over the coronavirus were reported in a number of countries in the region. A prison riot broke out in Thailand after a rumor spread that one of the inmates had coronavirus. In Malaysia, the police caned teenagers in Sabah for defying the Movement Control Order in place due to the coronavirus.

Demonstrations were likewise reported in several countries in relation to coronavirus. In Indonesia, a number of demonstrations were held against the burial of coronavirus victims. A protest in the Philippines over the lack of government aid during the lockdown in Luzon was violently dispersed by police. This comes as President Rodrigo Duterte ordered state forces to shoot dead anyone “causing trouble” during the lockdown (Amnesty International, 2 April 2020). In Myanmar, factory workers demonstrated in the Yangon region, calling for full pay and the closure of factories to prevent the spread of the coronavirus.