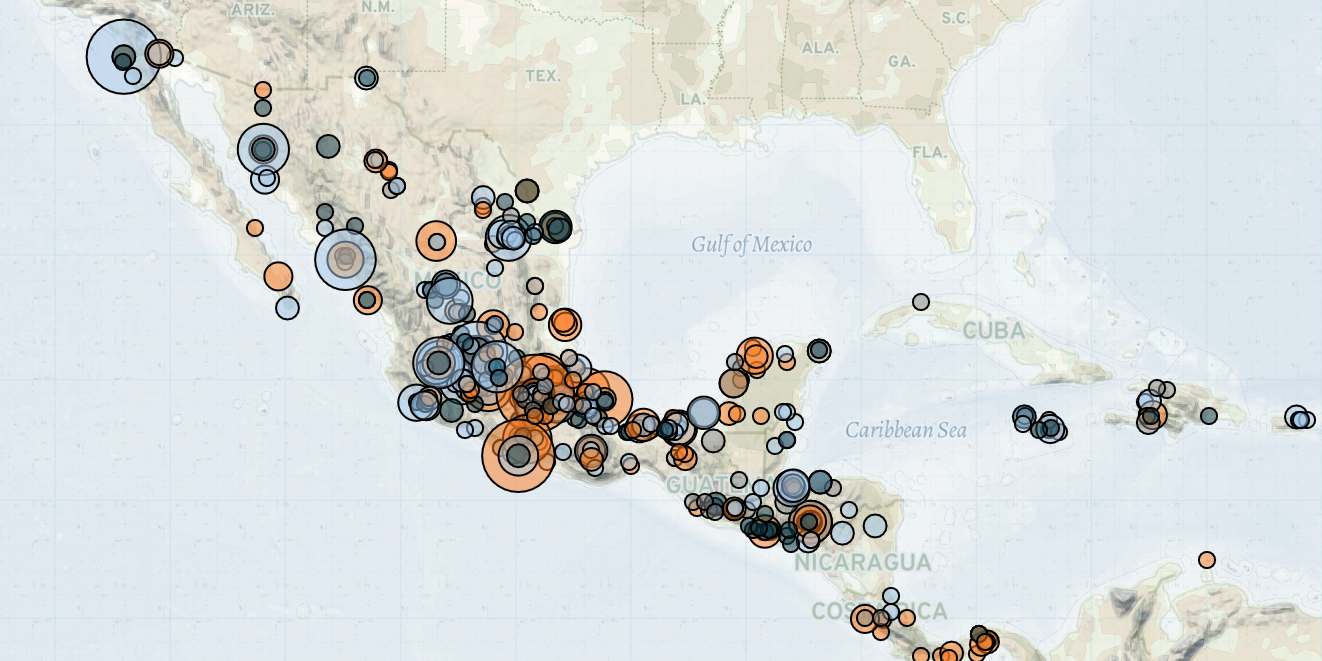 In Central America and the Caribbean, violence targeting civilians continued to trend below recent levels. However, battles between state forces and gang members, as well as violence between gangs, continued steadily in Mexico and the Northern Triangle. The economic consequences of government responses to the coronavirus pandemic fueled unrest throughout the region.

The economic fall-out from coronavirus-related restrictions continued to trigger protests across Central America. In Mexico, labor groups from different sectors protested demanding financial aid or calling for government guarantees that they would not be dismissed due to the suspension of business activities. In Honduras, protesters in several cities called for food supplies in order to endure the lockdown imposed by the government. In Panama, for the third consecutive week, protests took place demanding economic subsidies.

The continued spread of the coronavirus itself further stirred unrest in several countries. In Costa Rica and Mexico, residents blocked roads or entries to their communities. In Mexico, rioters set fire to the doors of a hospital due to the facility’s treatment of coronavirus patients. In Guatemala, several men broke into the property of a mayor and attacked the mayor’s son to express their opposition to the new prohibition on alcoholic beverages – a measure taken by the government to prevent coronavirus transmission. In another department, people attacked police officers who were patrolling the area to ensure compliance with the prohibition. In Panama, prisoners exchanged gunfire with prison guards after authorities revealed that two prisoners tested positive for coronavirus. The prisoners had previously protested to call for further safety measures. In Haiti, a crowd armed with sticks and machetes prevented the burial of a person who died from coronavirus. The crowd – allegedly backed by local authorities – called for the body to be cremated to reduce the risk of the virus spreading (Alterpresse, 10 April 2020).

In Mexico, battles between state forces and gangs continued (for more on how the coronavirus pandemic has further fueled this, see this recent ACLED Spotlight piece). Despite an overall decrease in violence targeting civilians in recent weeks, attacks against activists and journalists continued. Last week, an environmental activist was assassinated by unknown perpetrators. The activist worked to defend the La Manchaecological reserve in Veracruz state against open-cast mining and promoted the protection of regional birds and mangroves. Mexico is one of the world’s most dangerous countries for environmentalists: in 2019, at least 15 land defenders were killed (The Guardian, 14 April 2020). Especially, when opposing the implementation of infrastructure projects and large-scale development, environmental activists are routinely targeted by the government, company personnel, paramilitary or armed groups as well as people from the same communities (CEMDA, March 2020). In Guerrero state, after nine days of disappearance, the director of the digital newspaper Punto x Punto was found beheaded in Acapulco. Relatives stated that the reporter had been threatened before his disappearance by a criminal organization that operates in the region.