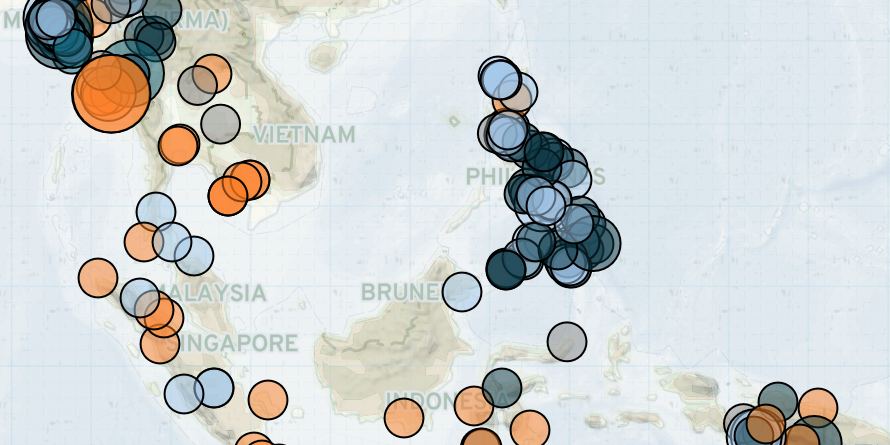 In Southeast Asia, key developments last week include: civilian deaths from shelling in Myanmar; continued fighting between communist rebels and state forces in the Philippines; renewed Islamist violence in Indonesia and the Philippines; and coronavirus related violence and demonstrations across the region.

In Myanmar, last week marked yet another week in which civilians were killed by ongoing shelling by Myanmar state forces. Eight civilians were killed when artillery shells fell on a village in Ponnagyun township in Rakhine state. In the aftermath, the military detained and interrogated dozens of civilians from the village, accusing them of being linked to the United League of Arakan/Arakan Army (ULA/AA) (Irrawaddy, 21 April 2020).

Meanwhile, for a second week, no separatist violence was reported in Thailand. The main separatist group, the Barisan Revolusi Nasional Melayu Patani (BRN), recently declared a de facto ceasefire in light of the coronavirus pandemic. The deep south region of the country, where the separatists operate, accounts for a significant portion of coronavirus cases in the country (BenarNews, 16 April 2020).

In the Philippines, the unilateral ceasefire declared by the Philippine government in their fight against communist rebels expired last week. While the communist New People’s Army (NPA) announced it would extend its own unilateral ceasefire until the end of April (Rappler, 16 April 2020), clashes between the groups continued. Notably, two of the clashes occurred as the military was assisting with coronavirus relief efforts.

Islamist violence was reported in Indonesia and the Philippines last week. In Indonesia, there was a deadly clash between state forces and the Mujahidin Indonesia Timur (MIT) in Central Sulawesi. The clash was the first between the groups to be reported this year. In the Philippines, 11 soldiers were reportedly killed in a clash between state forces and Abu Sayyaf. The Philippine government subsequently announced it would pursue Abu Sayyaf “relentlessly,” meaning fighting will likely continue in the coming weeks (BenarNews, 20 April 2020).

Finally, coronavirus related violence and demonstrations were reported in several countries in the region. In Myanmar, a clash broke out between the military and the Restoration Council of Shan State/Shan State Army-South (RCSS/SSA-S) while RCSS/SSA-S affiliated medics were carrying out coronavirus awareness activities. In Thailand and Indonesia, demonstrations were held over the locations selected for use as quarantine facilities for coronavirus patients.