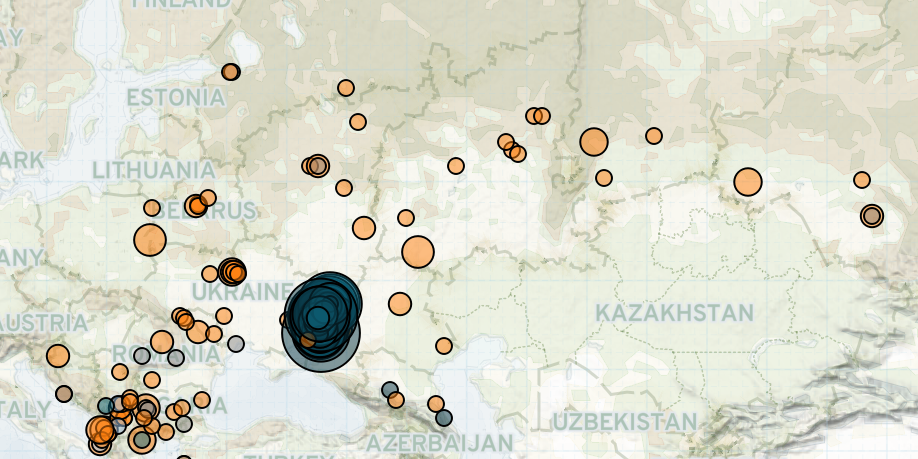 In Croatia, a rally was held to support a priest who invited worshippers to Easter mass. Those attending were later arrested for violating measures against the coronavirus and displaying fascist insignia. Two journalists were also physically attacked while trying to report on the same mass (Balkan Insight, April 14 2020).

In Bulgaria, Romani residents clashed with police, while demonstrating against the quarantine of two Romani neighborhoods, as coronavirus cases were discovered and officials attempted to prevent further spread of the disease. Residents held an unauthorized protest in Sofia against the national emergency measures during the coronavirus epidemic and were dispersed by police.

In North Macedonia, residents held a protest in support of the Social Democratic Union of Macedonia members who were detained for violating the coronavirus lockdown.

In Greece, Orthodox Christians demonstrated against the closure of churches due to the coronavirus pandemic. A demonstration outside a Piraeus church on Orthodox Good Friday, led by a Golden Dawn member and former MP, resulted in 13 arrests. Although Orthodox Christian Churches were displeased over the measures preventing them from congregating, Orthodox Easter passed without incident (Ekathimerini, 19 April 2020).

Riots broke out in the migrant camp on Chios after rumors circulated that a woman had died inside the camp of coronavirus. Members of the Romani community in Xanthi protested over their unfair portrayal in the media and over being quarantined as a coronavirus risk.

In Cyprus, a telecommunications tower was sabotaged after conspiracy theories connecting 5G and the spread of coronavirus circulated in social media.

In Hunedoara and Brasov counties of Romania, police and gendarmerie were attacked by groups objecting to the lockdown measures (Digi24, 14 April 2020; News.ro, 18 April 2020).

In Belarus, the environmental protest continued in Brest with an increased attendance (Viasna, 13 April 2020). Despite the absence of a formal national state of emergency, reports mention the mid-sized city of Pinsk being semi-closed under a regime of lockdown in the context of high numbers of coronavirus infections (Svaboda.org, 16 April 2020).

In Russia, coronavirus-related self-isolation measures continued to limit protest events. The largest protest took place in Chelyabinsk, where taxi drivers demanded higher pay and government assistance in light of the social isolation measures (Znak, 17 April 2020). One-person protests in support of the inmates involved in a prison riot in Angarsk were held (Activatica, 18 April 2020), as there were reports of torture targeting the alleged instigators (MBK Media, 16 April 2020). In Dagestan, an alleged militant was killed during a shootout with police forces (Caucasian Knot, 16 April 2020).

In Ukraine, several protests were staged despite the lockdown measures. The Democratic Axe Party continued its demonstrations demanding protection of state interests in the court settlement on the nationalization of the largest Ukrainian bank (Delo, 13 April 2020). Activists also protested against poor financing of the health sector and persecutions against Euromaidan activists (RFE/RL, 17 April 2020).

With regard to the armed conflict in Donbas, the government of Ukraine and rebel groups exchanged 36 prisoners (Euromaidanpress, 16 April 2020). The exchange takes place amidst ongoing talks on resolving the conflict, which have not led to significant results so far (see this ACLED analysis). Fighting between Ukrainian government forces and separatist rebels decreased by half compared to the week prior, with 75 armed clashes and 89 shelling incidents resulting in one reported fatality.

Lennart Landman is the Quality Assurance Coordinator at ACLED, where he oversees the real-time coding, weekly analyses, and the expansion of coverage into new countries. He previously worked as a researcher on European security and defence issues for the Clingendael Institute in The Hague. He holds an MA in International Relations and is a PhD Candidate at the University of Groningen.
23 April 2020
Share
TweetShare on Twitter Share on FacebookShare on Facebook Share on LinkedInShare on LinkedIn