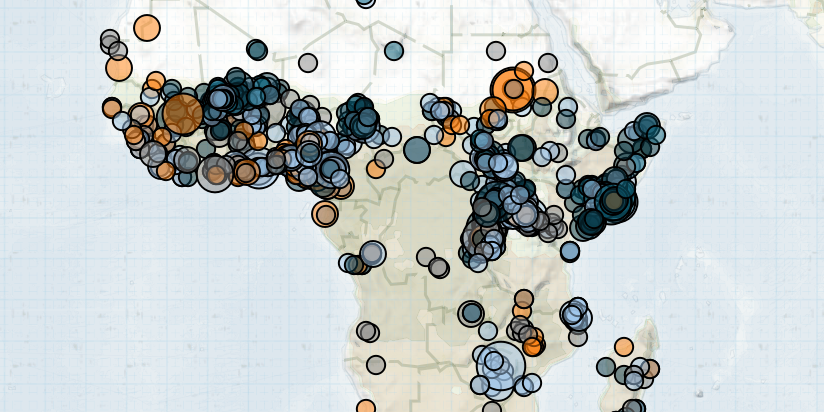 Last week in Africa, the ongoing coronavirus pandemic prompted a diverse range of demonstration activity, particularly centered on inadequate domestic distribution of food. In the Democratic Republic of Congo (DRC), state forces were faced with fighting on multiple fronts, with active militant insurgencies in Ituri, Kongo-Central and North Kivu. Meanwhile, state forces were implicated in attacks on civilians in Mozambique’s Cabo Delgado region, as public discontent manifested through violent demonstration activity in the provincial capital.

The coronavirus continued to underpin demonstration activity across the continent, as demonstrators pushed back on a range of issues from international travel restrictions to police enforcement of coronavirus measures. In Nigeria and Guinea, reports of xenophobic violence targeting African students in China prompted demonstrations outside the Chinese embassies in Lagos and Conakry.

The distribution of food has also increasingly become a point of contention across a number of countries. In South Africa, rioters looted food trucks in Cape Town, while prisoners burnt mattresses in a number of the country’s prisons, demanding toiletries and better food during the national coronavirus lockdown. In Cameroon, several youths were stabbed to death during a brawl over the distribution of bags of rice donated by a footballer in Douala city. Similar demonstration activity was also reported in Nigeria, Gabon, Uganda, Tunisia, and Mauritania.

In Libya, the Government of National Accord (GNA) continued operations in the Tarhuna area, with clashes between GNA and Libyan National Army (LNA) forces in nearby villages. GNA forces also carried out airstrikes on the town. Tarhuna has served as a major base of operations for the LNA during its ongoing Tripoli offensive (Reuters, 14 September 2019).

In Nigeria’s Zamfara state, government forces reportedly killed more than a hundred ‘bandits’ during two separate clashes in the Zurmi local government area. Despite negotiations between the state government and armed actors last year, as well as a reduction in violence (Punch, 19 July 2019), there has been a re-escalation in the last month.

In the DRC’s North Kivu, an attack by a militia in the Virunga National Park in Rutshuru territory resulted in the deaths of more than a dozen park rangers and civilians. The attack came amid ongoing clashes between Congolese military forces (FARDC) and Democratic Forces for the Liberation of Rwanda (FDLR) in Rutshuru province. Heavy fighting also continued between the FARDC and Cooperative for Development of Congo (CODECO) militants in Ituri province. CODECO militants continued to target civilian populations in Djugu and Mahagi territories.

Meanwhile, police launched an operation to arrest the leader of the ethnoreligious organization Bundu dia Kongo in the Ngaliema commune of Kinshasa, resulting in a lethal clash with his supporters. The operation followed recent violence in Kongo-Central, including a number of clashes between state forces and members of Bundu dia Kongo. Earlier in the week, a group of people burned down a Bundu dia Kongo church in Songololo in response to their activities in the area. The Bundu dia Kongo movement has been campaigning for a restoration of the Kingdom of Kongo and the removal of non-Bakongos from Kongo-Central province (BBC, 24 April 2020).

In Mozambique’s Cabo Delgado, state forces were implicated in an attack on a civilian boat in Ibo, resulting in a number of civilian fatalities. The attack followed another fatal attack the previous week. Worryingly for the state, reports suggest that Islamist militants currently exercising control over a number of towns in the neighboring district of Quissanga have begun imbedding themselves in local communities and engaging in social outreach activities (Zitamar, 24 April 2020). Further south in Cabo Delgado’s capital Pemba, close police surveillance of the local community prompted violent demonstrations and clashes with police in the Paquitequite neighborhood. Meanwhile, militants staged multiple attacks on civilians in Meluco district, reportedly beheading four civilians attending a funeral in Imbada village.