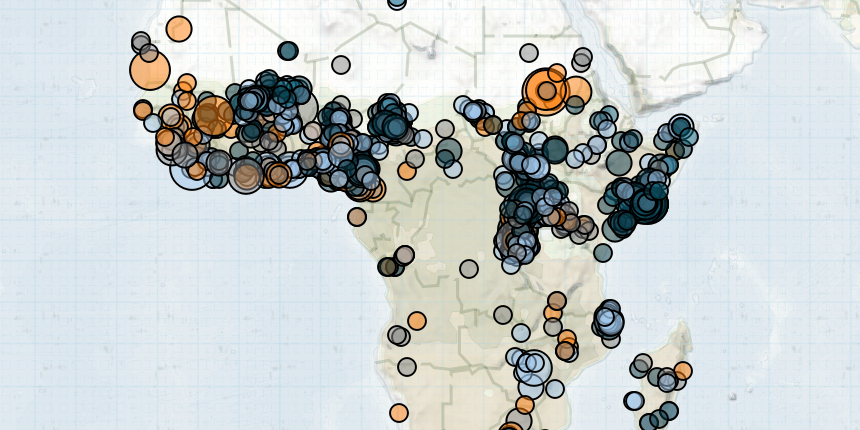 In Libya, LNA leader Haftar began the week by claiming a “popular mandate” to rule Libya (Reuters, 28 April 2020). It is unclear what this will mean for the Tobruk-based House of Representatives, which has so far acted as a form of democratic legitimation for the LNA. Haftar also declared a unilateral humanitarian truce for Ramadan, which was rejected by the Government of National Accord (GNA) (Reuters, 30 April 2020). Continued shelling of Tripoli was reported throughout the week. Meanwhile, GNA and LNA forces clashed several times in southern Tripoli and Garabulli.

In Sierra Leone, the confirmation of a coronavirus case at the Pademba Road Prison in Freetown prompted a prison riot. Rioters set fire to buildings and clashed with the prison guards. A dozen fatalities were reported during the violence, with large numbers injured. Demonstration activity was also reported in prisons in Nigeria and Morocco. In Nigeria’s Delta state, a new policy curtailing visitation rights over concerns about the spread of coronavirus resulted in rioting and violent clashes that left several prisoners and guards injured.

In Burkina Faso, French Operation Barkhane forces launched a series of airstrikes in the Sahel region. Targeting Islamic State in the Greater Sahara (ISGS) fighters, French forces focused their attacks on the department of Tin-Akoff. An airstrike was also reported across the border in the neighbouring Gao region of Mali.

In Cameroon, the military conducted a week-long operation against Ambazonian separatists in the North-West’s Bamenda subdivision. A local separatist commander was reportedly killed during the operations, which focused on Bafut town. A number of civilian fatalities were also reported.

In the Democratic Republic of Congo (DRC), violence continued in Ituri province, as Cooperative for Development of Congo (CODECO) militia clashed with Congolese military (FARDC) and peacekeeping forces (MONUSCO). CODECO militia also killed a number of civilians during attacks on villages in the Bule area, prompting demonstrations in Bule town. The attacks came despite the establishment of a temporary MONUSCO base several days prior in nearby Djaiba.

Meanwhile, Burundian military forces along with Democratic Forces for the Liberation of Rwanda (FDLR) militiamen and aligned Mayi Mayi clashed with Resistance for the Rule of Law in Burundi (RED-Tabara) militants in the DRC’s South Kivu. The fighting coincided with the first official week of campaigning for the upcoming elections in Burundi (RFI, 27 April 2020). The RED-Tabara group grew out of the opposition Movement for Solidarity and Democracy (MSD) and are opposed to the current National Council for the Defence of Democracy-Forces for the Defence of Democracy (CNDD-FDD) government (New Humanitarian, 7 June 2016).

In the Central African Republic, the Popular Front for the Rebirth of the Central African Republic (RPRC) led an attack on Ndele, the capital of Bamingui-Bangoran prefecture. RPRC fighters, in coalition with the Movement of Central African Liberators for Justice (MLCJ) and Party of the Rally of the Central African Nation (PRNC) clashed with Popular Front for the Renaissance of Central Africa (FPRC) forces, which exercise de facto control over the town (Al Jazeera, 6 October 2017). Significant civilian fatalities were reported despite the intervention of peacekeeping forces (MINUSCA). The attack is the latest in an ethnically charged conflict that has split ex-Seleka fighters along ethnic lines, with Kara and Gula ethnic groups pitted against members of the Runga ethnic group (Al Jazeera, 30 April 2020).

Finally, the ongoing Islamist insurgency in Mozambique’s Cabo Delgado province focused operations in Quissanga district. Dozens of civilians were killed during attacks on the villages of Nacoba and Natugo. Meanwhile, Dyck Advisory Group helicopters carried out strikes on militant targets in Metuge, supporting Mozambican military forces on the ground.