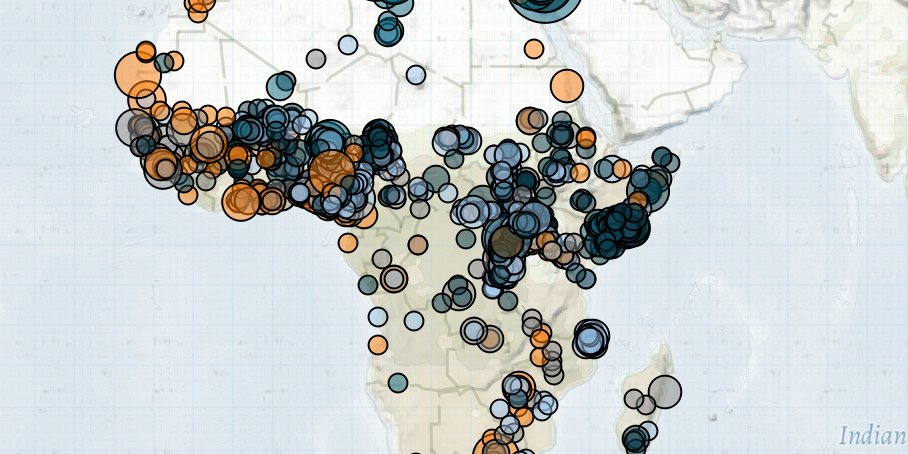 Last week in Africa, the head of Al Qaeda in the Islamic Maghreb (AQIM) was killed in a French military operation in northern Mali; Khalifa Haftar supported a ceasefire after his Libyan National Army (LNA) forces withdrew from Libya’s capital Tripoli; and Congolese military forces (FARDC) regained territory in the Democratic Republic of Congo’s Ituri province.

At the end of a week of strategic losses in Libya, Khalifa Haftar, the leader of the LNA, accepted an Egyptian-backed ceasefire (Bloomberg, 6 June 2020). The move came after the LNA completely withdrew from Tripoli and effectively ended an offensive on the city that began in April 2019. Losses in Tripoli were further compounded when the Government of National Accord (GNA) forces took control of the strategic town of Tarhuna, southeast of Tripoli. Tarhuna had served as a major base of operations for the LNA during the Tripoli offensive (Reuters, 14 September 2019). GNA forces also launched a new offensive on the city of Sirte, which LNA forces have controlled since January.

In Mali, the head of Al Qaeda in the Islamic Maghreb (AQIM) Abdelmalek Droukdel was killed during the course of a French military operation in the valley of Ourdjane, in the extreme north of Kidal Region. A senior aid to Droukdel was also killed during the operation. Although his death represents a significant symbolic blow to Al Qaeda in northwestern Africa, it is unlikely to have much material effect on the operations of Al Qaeda-affiliated groups such as Jama’at Nusrat al-Islam wal-Muslimin (JNIM), which retain significant operational autonomy. Meanwhile, Malian military forces carried out attacks on Fulani civilian populations in the Mopti and Segou regions. Dozens were reportedly killed across the attacks.

In the Democratic Republic of Congo (DRC), Cooperative for Development of Congo (CODECO) and the FARDC engaged in numerous clashes in Ituri’s Djugu territory. Following heavy clashes, the FARDC regained control of a large number of villages in the Walendu-Watsi chiefdom. Clashes were also reported in the Linga area. In spite of the losses, CODECO militiamen continued to launch attacks on civilian populations, killing more than a dozen people during an attack in the Mambisa chiefdom. Elsewhere, Nduma Defence of Congo-Renewal (NDC-R) militiamen clashed with the Democratic Forces for the Liberation of Rwanda (FDLR), Alliance of Patriots for a Free and Sovereign Congo (APCLS) and Nyatura in North Kivu’s Masisi and Walikale territories. One such clash in Walikale’s Mashango village, near the border with Rutshuru, resulted in dozens of fatalities.