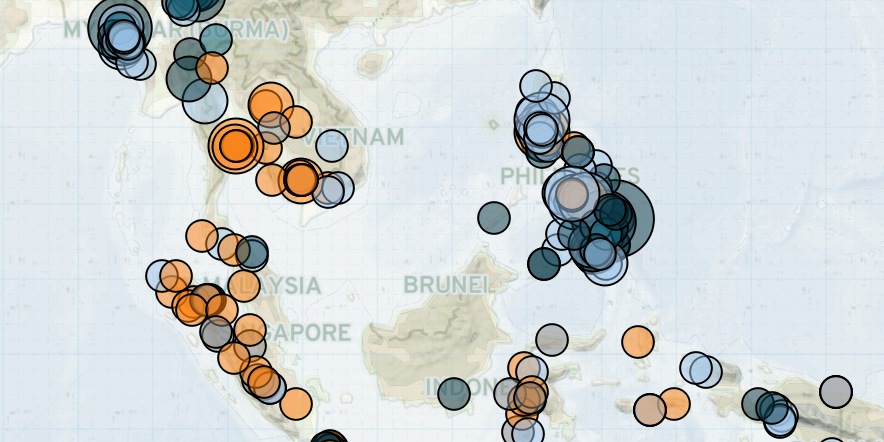 In Southeast Asia, key developments last week include: increased fighting in Shan state in Myanmar; deadly clashes between state forces and Islamist armed groups in the Philippines; demonstrations over the new anti-terrorism bill in the Philippines; the abduction of a Thai political activist in Cambodia; and protests over coronavirus-induced economic hardship in the region.

Deadly fighting was reported in the Philippines last week between state forces and Islamist armed groups, including Bangsamoro Islamic Freedom Fighters (BIFF) and Abu Sayyaf. The fighting occurred amid a debate over a new anti-terrorism bill (South China Morning Post, 3 June 2020). The legislation, which would allow for arrests without warrants and detentions without charges, led to several demonstrations last week over concerns it could be used to target left-leaning individuals and organizations.

Despite the demonstrations over the bill being held at the University of the Philippines campuses, where state forces are not allowed to conduct operations, police intervened and arrested several demonstrators at the University of the Philippines Cebu (Cebu Daily News, 9 June 2020). The bill comes as violence against civilians has begun to climb after a brief lull during the coronavirus lockdown (for more on this, see this recent spotlight from ACLED’s COVID-19 Disorder Tracker).

In Cambodia, an exiled Thai political activist, who fled the country after the 2014 military coup, was abducted in front of his home by unidentified assailants. In past years, a number of exiled Thai activists have been abducted from Laos; the bodies of several were later found. There is speculation that such abductions may be officially sanctioned (The Diplomat, 5 June 2020). The reported abduction led to a student protest in Thailand.

Finally, across the region, demonstrations over economic hardship stemming from the coronavirus pandemic continued. In addition to several protests by garment factory workers in Cambodia over unpaid wages, a demonstration was held near the Thai-Cambodian border calling for cross-border trade to be allowed. In Indonesia, student protests calling for a reduction in tuition were held in addition to demonstrations over the distribution of government aid during the pandemic.