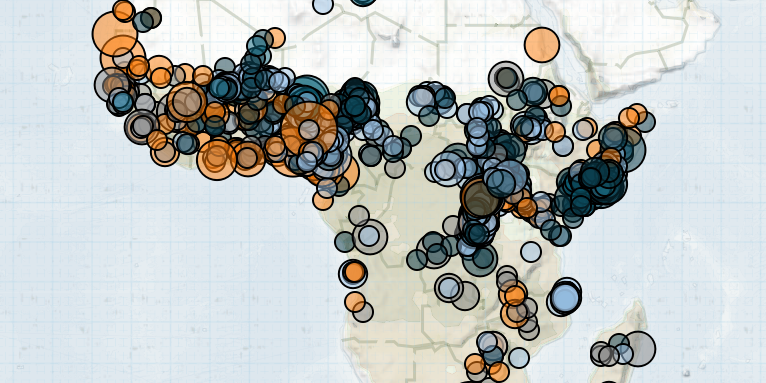 In Africa last week, suspected Katiba Macina militants carried out the first jihadi attack in Ivory Coast since 2016; residents of Tripoli continued to face the threat of landmines in Libya; and Boko Haram launched multiple large-scale attacks on civilian populations in northeast Nigeria.

In Libya, multiple landmine explosions were reported in the capital Tripoli. The explosives had been left by retreating Libyan National Army (LNA) forces during their withdrawal from positions in southern Tripoli. Explosions in Wadi al Rabi and Ayn Zarah resulted in multiple civilian fatalities. Government of National Accord (GNA) engineering units carried out clearance operations, deactivating landmines in Ayn Zarah, Khallat Farjan, Mashru Al Hadba, and Salah Aldeen. Meanwhile, the GNA continued its siege of Sirte, as the Turkish government, a key supporter of the GNA, rejected an Egyptian-backed ceasefire (Reuters, 10 June 2020).

In Ivory Coast, multiple soldiers were killed when suspected Katiba Macina militants attacked a combined military and gendarmerie post in Kafolo town, on the border with Burkina Faso. It was the first jihadi attack in the country since Al Qaeda in the Islamic Maghreb (AQIM) militants staged an assault on Grand-Bassam in 2016. Despite Ivory Coast being outside the traditional area of operations for Al Qaeda-affiliated Katiba Macina, the group has a notable presence in southern Burkina Faso. The attack underlines growing concerns of an expansion of Sahelian jihadi violence into neighboring coastal countries (Al Jazeera, 11 June 2020). It comes only weeks after a joint operation by Ivorian and Burkinabe forces targeted a Katiba Macina base near Alidougou in the Comoe province of Burkina Faso.

Katiba Macina and Jama’at Nusrat al-Islam wal-Muslimin (JNIM) militants were also suspected of carrying out several attacks in the Mopti region of Mali. In one such attack, a bus was hit by an IED in Douentza cercle, believed to have been planted by JNIM militants. The explosion resulted in multiple fatalities and left dozens more wounded. These attacks come amid ongoing intercommunal tension between Fulani and Dogon ethnic groups in the Mopti region. A number of clashes were reported between Fulani and Dogon militias in Bandiagara and Koro cercles during the week.

Finally, in Mozambique, military forces clashed with Islamist militants during a combined air and ground offensive in Cabo Delgado’s Mocimboa Da Praia district. The military operation came amid ongoing attacks by militants on civilian populations in Quissanga and Macomia districts. For more information on the conflict in Mozambique, see the Cabo Ligado project.