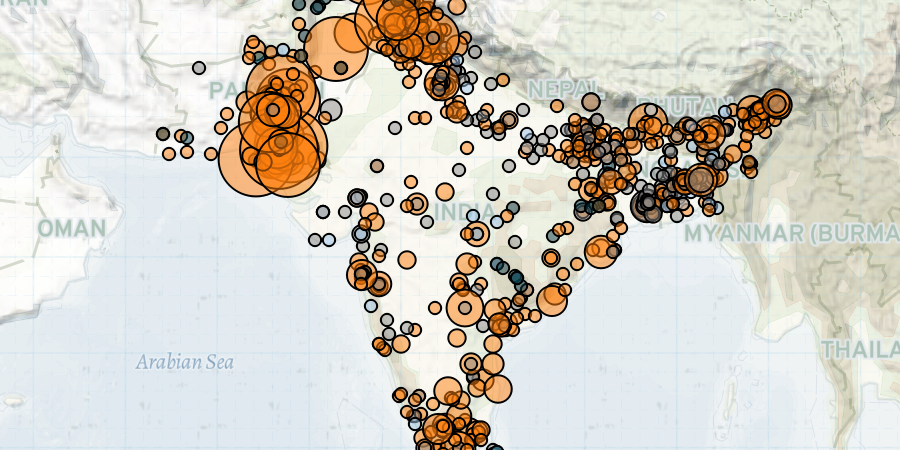 In India, 18 militants, including three commanders from Hizb-ul-Mujahideen (HM), were reportedly killed in armed clashes between security forces and rebel groups in J&K. The killings sparked fresh demonstrations and clashes between demonstrators and security forces. In Pakistan, armed clashes between security forces and Tehreek-i-Taliban Pakistan (TTP) militants continued in the restive province of Khyber Pakhtunkhwa. Security forces killed two TTP militants in two different clashes in the province. Additionally, two security personnel were killed, and two others injured, in a targeted explosion in the province’s North Waziristan district. In Sindh province, the Sindhudesh Revolutionary Army (SRA) attacked a security force’s vehicle and a security check post, killing one. The SRA is a Sindh based militant outfit aiming to establish an independent homeland for Sindhis (Dawn, 31 July 2016). The SRA has previously targeted Chinese nationals working for the China-Pakistan Economic Corridor (CPEC), alleging that the project exploited the province’s natural resources (Guardian, 30 May 2016). Elsewhere in Pakistan, a bomb explosion at a market in Punjab’s Rawalpindi killed one civilian and injured at least 15 others. No group has claimed responsibility for the bombing.

Last week an increase in fatalities was reported during cross-border clashes between military forces of Pakistan and India in the Kashmir region. Eight Pakistani and three Indian security personnel and one civilian were reportedly killed during the cross-border exchanges — the highest number of fatalities recorded in a week since April.

Frontline health workers and staff battling coronavirus continued to be targeted, with violence reported in Nepal and India. In Nepal, locals vandalized a motorcycle belonging to a corona-positive health worker stationed at a quarantine center. The attack was aimed at preventing him from returning to his village after he recovered from the virus. In India, violence against health workers was reported in the states of Maharashtra, Karnataka, and Telangana. A group of people, including a sitting member of a village panchayat, assaulted a health worker in Maharashtra for refusing to provide extra vials of medicine to improve immunity against the coronavirus. In Telangana, family members of a patient who died of coronavirus assaulted doctors at a hospital, and locals in Karnataka attacked health workers collecting throat swabs for coronavirus tests.

In other developments, violence against members of the Dalit community was reported in India and Nepal. In India, incidents of assault by members of an ‘upper caste’ group were recorded in Karnataka and Uttar Pradesh states. In Karnataka, a hotelier and his family belonging to an ‘upper caste’ assaulted a Dalit man reportedly for requesting a cup of water. He later died of his injuries. In Uttar Pradesh, a Dalit youth was attacked for offering prayers at a local temple. In Nepal, a mob including local elected representatives assaulted five Dalits on allegation of theft. Deep-rooted Hindu caste hierarchy, segregation, and systemic marginalization have led to continued violence against Dalits in Hindu-majority Nepal and India (Al Jazeera, 11 June 2020, Kathmandu Post, 3 June 2020).