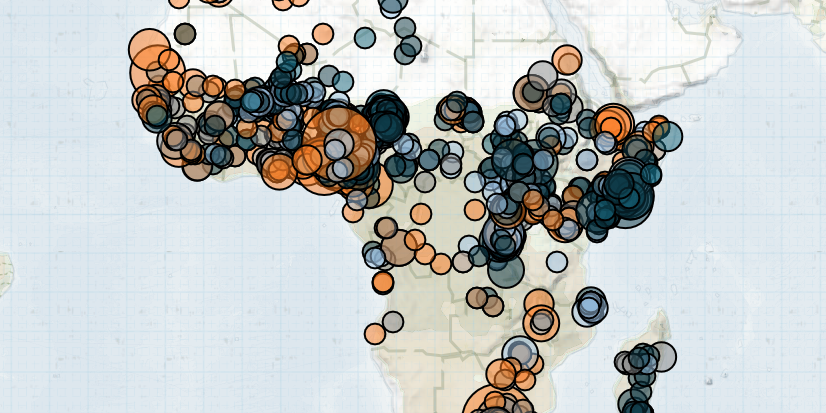 This week in Africa, cross-border incursions were reported in Rwanda, Sudan and Chad; demonstrations against economic marginalization turned violent in Tunisia; and Boko Haram engaged in heavy clashes with state and international forces in Nigeria.

In Tunisia, demonstrations against economic marginalization turned violent in the southern region of Tataouine. Whilst the latest round of demonstrations have been ongoing in the region for the last month, the recent arrest of a prominent activist with the Kamour Movement prompted violent clashes between demonstrators and police (France 24, 22 June 2020). For more on demonstration movements in Tunisia, see this ACLED analysis piece.

In Somalia, state and allied forces killed a senior Al Shabaab trainer during a joint operation in the Saakow area of Middle Juba. In Mogadishu, a suspected Al Shabaab suicide bomber detonated an explosives vest outside the Turkey-Somalia military training compound. Two people were killed in the attack, which occurred during a recruitment drive at the facility. Security guards had fired on the bomber outside the facility, when he failed to follow their orders.

Multiple cross-border incursions were reported in the border regions of Sudan. In the area of El Fashaga, Ethiopian militiamen, reportedly backed by Ethiopian state forces, launched an attack on Sudanese state forces. The cross-border shelling of a Sudanese military camp was also reported in the area. The clashes came at a time of heightened tensions in a long-running border dispute between the countries (DW, 4 June 2020), and amid ongoing talks over the Grand Ethiopian Renaissance Dam (UN, 29 June 2020). Meanwhile, unidentified Chadian gunmen launched a deadly attack on Sudanese pastoralists in the north-east of West Darfur state. Across the border in Chad, Chadian state forces and Sudanese Rapid Support Forces (RSF) clashed when RSF troops staged a cross-border incursion. A Chadian soldier was killed in the clash.

A United Nations (UN) peacekeeper was killed in the Democratic Republic of Congo (DRC). The Indonesian soldier, serving under the UN Stabilization Mission in the DRC (MONUSCO), was killed when Allied Democratic Forces (ADF) militants ambushed a MONUSCO patrol in North Kivu’s Beni territory. Meanwhile, supporters of the Union for Democracy and Social Progress (UDPS) led protests against a series of judicial changes proposed by the Common Front for Congo (FCC) parliamentary group. Demonstrators claimed that the changes would undermine judicial independence. The demonstrations turned violent in Kinshasa, where demonstrators clashed with police.

In the Central African Republic, the Patriotic Movement for Central African Republic (MPC), in concert with Chadian mercenaries, established bases in the Nangha Boguila and Nana Bakassa sub-prefectures in Ouham prefecture, as well as Paoua in neighbouring Ouham Pende prefecture. The moves followed the withdrawal of UN peacekeepers and state forces from the area (Corbeau News, 25 June 2020). Meanwhile, the Popular Front for the Renaissance of Central Africa (FPRC) fighters began a process of disarmament and demobilization in Ndele.