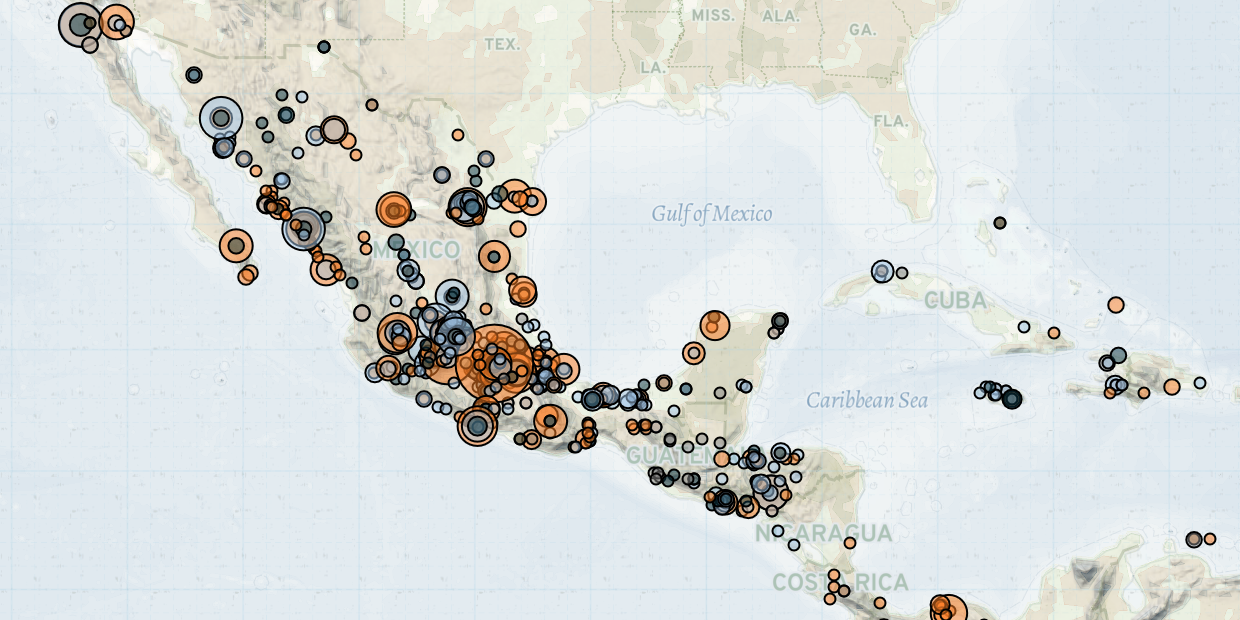 Last week, demonstrations in Central America and the Caribbean remained high despite a slight downward trend, with coronavirus-related demonstrations representing nearly a quarter of all recorded demonstration events. Workers across the region called for the resumption of professional activities, while health workers specifically continued to protest for better working conditions. In Mexico, anti-government protests continued for the second consecutive week, and lethal gang clashes took place across multiple states.

In El Salvador, Honduras, Mexico, and Panama, workers from different sectors protested to demand the reopening of businesses and the creation of new job opportunities. In El Salvador, these protests took place ahead of the implementation of a reinforced 15-day lockdown. In the Caribbean, the economic downturn caused by the coronavirus pandemic sparked unrest in tourism-dependent Curaçao. Trash collectors organized a protest that reportedly escalated into acts of looting and arson throughout the capital of Curaçao, Willemstad, following the announcement of layoffs and cuts to civil servants’ salaries. The government also instituted an evening curfew and deployed military and police forces. More than 50 people in Curaçao were arrested over two nights. In Puerto Rico and Turks and Caicos, protests to demand subsidies were organized respectively by government employees and taxi drivers. Health workers continued to mobilize in Honduras, Panama, Sint Maarten, and Trinidad and Tobago over poor working conditions and insufficient resources to fight the pandemic. In Nicaragua, at least 10 health workers were dismissed for criticizing the management of the crisis, raising further concerns about freedom of expression in the country (HRW, 23 June 2020).

Several violent events related to the management of the coronavirus crisis were reported across the region. In Honduras, police beat taxi drivers who were demanding the resumption of activities in San Pedro Sula. In Cuba, a man was shot dead by law enforcement for not wearing a facemask and for allegedly throwing rocks at officials. In Mexico, tensions were high in Ecatepec de Morelos, Mexico state and Acapulco de Juarez, Guerrero state, as police forces tried to disperse large gatherings. In the state of Chiapas, a group of people burned a police patrol car and a mayor’s home over their opposition to the spread of chemicals as part of coronavirus disinfection operations. In Veracruz, a group of local residents threw a Molotov cocktail at a crematory, fearing that patients who died from coronavirus would be cremated there.

Elsewhere in Mexico, supporters of the ‘National Front against AMLO’ (FRENA) organized another round of vehicle caravans in at least 45 cities, rejecting the administration of President Andres Manuel Lopez Obrador and demanding his resignation.

In addition to violence surrounding the coronavirus response in Mexico and the ongoing calls for the president’s resignation, territorial disputes between cartels continued to escalate across several states. In Mexico City, approximately 28 members of the Jalisco New Generation Cartel (CJNG) attacked the security secretary and chief of the police, killing two officers and a civilian. The show of force comes as the CJNG makes territorial claims over the capital (Insight Crime, 27 June 2020). In the state of Guanajuato — which has been disputed by the CJNG, the Sinaloa Cartel, and the Cartel Santa Rosa de Lima — attacks and narco messages were reported in Leon de Los Aldama and El Gallinero. Near San Gabriel, a box containing human remains was found along with a threatening message signed by the Santa Rosa de Lima Cartel. This development comes nearly a week after 26 alleged cartel members were arrested (Infobae, 23 June 2020). Meanwhile, in the state of Guerrero, La Familia Michoacana cartel ambushed and killed six state police officers on the Tetipac-Taxco highway. La Familia Michoacana has been fighting the CJNG for control of poppy and marijuana distribution in the state (Infobae, 23 January 2020). Increasing Sinaloa Cartel violence was reported in the state of Zacatecas, where the CJNG has been trying to gain a foothold. At least 23 fatalities were reported in different attacks, with the lives of 15 CNJG members claimed by the Sinaloa Cartel. Another six gang members were killed in a clash with National Guard officers in Juan Aldama municipality. In the state of Sinaloa, internal disputes triggered clashes between the Sinaloa Cartel’s splinter groups of “Los Chapitos” and “Los Mayitos.”