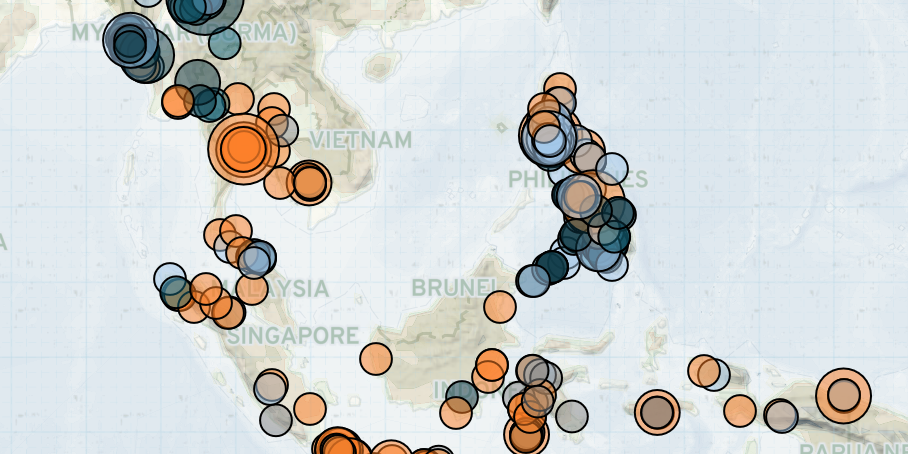 In Southeast Asia, key developments last week include: intensified fighting in Rakhine state in Myanmar; pro-democracy protests in Thailand; demonstrations by Islamist groups in Indonesia over a proposed bill regarding pancasila guidelines; and ongoing drug-violence in the Philippines.

In Myanmar, the first anniversary of the internet shutdown in several townships in Rakhine state and Paletwa township in Chin state was marked by activists staging protests calling for internet services to be restored. The government has cited security concerns as the reason for the ongoing shutdown. Several of the activists involved in the demonstrations were subsequently charged under the Peaceful Assembly and Peaceful Procession Law for failing to notify officials of the planned protests (Radio Free Asia, 24 June 2020).

The anniversary comes as fighting between the Myanmar military and the United League of Arakan/Arakan Army (ULA/AA) has intensified with events concentrated in Rathedaung township last week. A statement released by the military referencing planned “clearance operations” in the area sparked panic among civilians, causing many to flee (AFP, 28 June 2020).

Meanwhile, pro-democracy activists in Thailand held protests in Bangkok last week to mark the anniversary of the 1932 revolution which led to an end to rule by an absolute monarch. Prior to the protests, the government had warned activists not to “violate the monarchy” (DW, 24 June 2020). The demonstrations come amid the continued disappearance of activists critical of the monarchy and the military (New York Times, 26 June 2020).

In Indonesia, a number of protests were reported over a proposed bill regarding the Pancasila Ideology Guidelines. The bill, put forth by the Indonesian Democratic Party of Struggle (PDI-P), calls for a review of pancasila, the political philosophy underpinning the Indonesian state. Many Islamist and nationalist groups oppose the proposed bill, as they argue that it would allow for communist ideology to re-emerge in the country (Jakarta Globe, 24 June 2020).

Finally, drug-violence in the Philippines continued last week as ten alleged drug suspects were reportedly killed in police raids. The deaths come as the United Nations released a report in early June documenting the ongoing violence and attending impunity for state forces involved in the “War on Drugs” (United Nations, 4 June 2020). President Duterte, after announcing the seizure of a significant amount of narcotics, subsequently re-iterated that he would kill those involved in distributing illegal drugs, thus persisting with his violent rhetoric around the issue (Reuters, 5 June 2020).