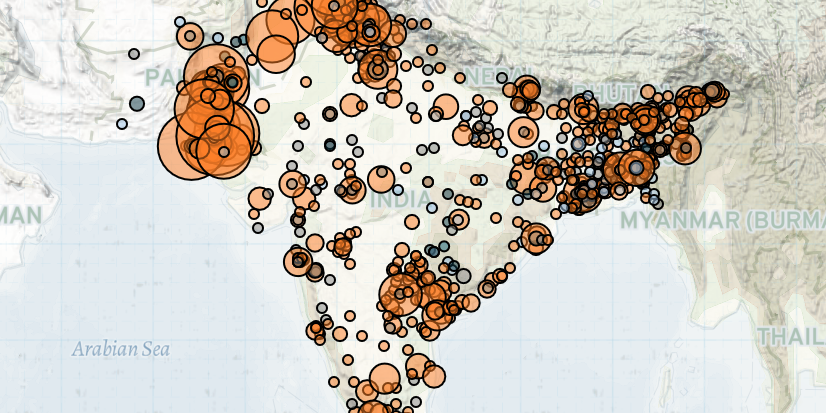 Key trends in South Asia last week include: armed clashes between security forces and domestic rebel groups in Pakistan and India; electoral violence in India; and coronavirus related violence across the region.

In Pakistan, four militants attacked the Pakistan Stock Exchange building in Karachi, killing two security guards and one police personnel. All four militants were killed by security forces. The Baloch Liberation Army (BLA) claimed responsibility for the attack. In November 2018, BLA claimed an attack on the Chinese consulate in Karachi, killing four people including two security personnel and two civilians. BLA militants have often targeted Chinese nationals and projects, accusing them and the Pakistani government of exploiting the province’s natural resources (BBC, 29 June 2020). The latest attack in Karachi appears to continue this trend, as a Chinese consortium holds significant shares in the Pakistan Stock Exchange (Dawn, 23 December 2016; Indian Express, 1 July 2020).

In India, security forces continued their operations against domestic militant groups in Jammu & Kashmir (J&K). Nine militants, including a commander of Hizb-ul-Mujahideen (HM), were killed in clashes between security forces and the militant groups (Scroll, 29 June 2020). In June, security forces made significant gains in their fight against militancy in the region, killing several high profile militant commanders, including the chief of HM (Hindustan Times, 30 June 2020). Since April, a spike in the number of armed clashes and fatalities has been reported in the region, despite continuous lockdowns enforced to curb the spread of the coronavirus.

Last week, coronavirus-related violence was reported across South Asia. In Pakistan, a violent demonstration over the alleged assault of prisoners, and a ban on visits due to the coronavirus, resulted in injuries to three prisoners and two prison guards. In Bangladesh, suspected coronavirus patients clashed with security forces over the repeated collection of samples for tests. In Nepal, locals clashed with security forces to obstruct the cremation of a coronavirus patient in their area. In India, a youth was attacked by locals for not wearing a mask in public.