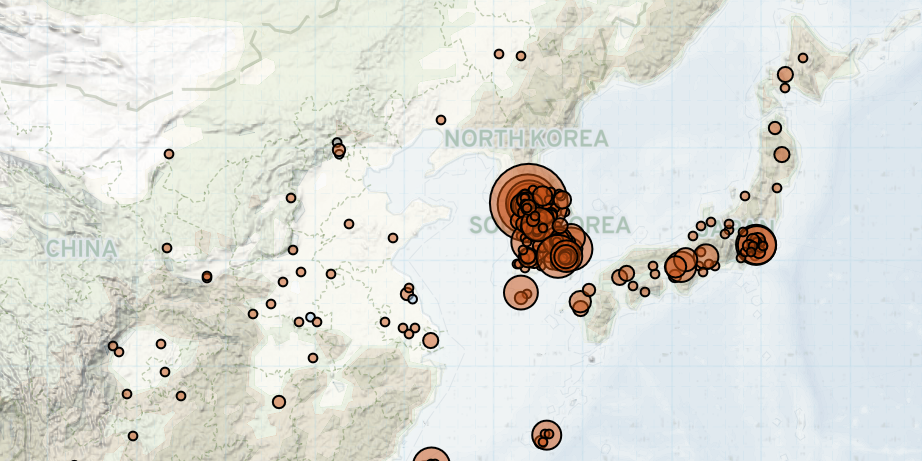 In East Asia, key developments last week include: a decrease in protest and political violence activity in China, including in Hong Kong, following the passing of the security law the week before; continued coronavirus-related demonstrations in Japan, South Korea, and Hong Kong; as well as anti-online sexual exploitation protests in South Korea, anti-US sentiments in Japan and South Korea, political protests demanding the release of the former Prime Minister in Mongolia, and sit-in protests calling for judicial reform in Taiwan.

In mainland China (outside of Hong Kong), the number of events recorded fell close to zero. This marked a level not witnessed since coronavirus restriction orders were eased. All three events recorded during the week were protests led by labor groups demanding for owed wages.

Meanwhile, in Hong Kong, the deterrent effect of the national security law was shown last week as only four pro-democracy demonstrations were held, following the downward trend from the previous week. The new national security law, passed on 1 July, criminalizes acts of secession, subversion, terrorism, or collusion with foreign forces. Violations of the law carry a minimum term of 10 years imprisonment, with a maximum of life for serious cases. Last week marked the second week since its passage, and the government has already started to implement the new measures stipulated therein. On 7 July, new implementation rules were published — notably, these rules authorize police to conduct searches at private premises without a warrant. Police can also apply for a warrant for suspected violators of the national security law to surrender their travel documents, effectively barring them from leaving the territory (HKFP, 6 July 2020). This was followed by the establishment of a temporary office headquarters for the Committee for Safeguarding National Security. The Committee will be under the supervision of and accountable to the Central People’s Government; its primary responsibility is to safeguard national security in Hong Kong.

In addition, the government also announced new measures to further clamp down on possible violations of the national security law in Hong Kong. On 5 July, the Leisure and Cultural Services Department announced that public libraries would review the contents of some of the books. Nine titles, authored by pro-democracy activists, were subsequently removed from the catalogs of public libraries. This was followed by a statement issued by the Education Bureau on 8 July, which bans the anti-extradition bill protest anthem “Glory to Hong Kong” and political propaganda on school campuses.

Coronavirus-related protests were reported in South Korea, Japan, and Hong Kong last week.  In Hong Kong, representatives of four tourism industry associations gathered outside government headquarters, calling on the government to extend financial subsidies to agencies and guides whose incomes have been severely impacted by the pandemic. In South Korea, various civic and labor groups took to the streets to demand the establishment of public hospitals in preparation for a possible second wave of infections. University students continued to protest for tuition fee refunds, and delivery workers demanded measures to prevent overworking. In Japan, people protested in multiple locations, including in Kyoto and Osaka, calling on the government to compensate those affected by coronavirus measures. Both in Japan and in South Korea, people demonstrated against the designation of various venues to house quarantined people, as well as concerns that US military personnel are not following pandemic-related restrictions following an outbreak of coronavirus cases on US military bases in Japan, further fuelling anti-US sentiments in South Korea and Japan.

In South Korea, various women’s organizations staged protests demanding more severe punishment for a Korean national who used to run one of the largest child pornography websites in the world. He completed an 18-month sentence in April and faced a court ruling for extradition to the United States to face money-laundering and other charges in the American court. The South Korean court decision to reject the extradition request faced criticism and raised questions on the weakness of South Korean legislation on child pornography (The Korea Herald, 6 July 2020). This development follows the major “Nth Room” scandal, which resulted in mass protests across South Korea against online sexual exploitation.

In Mongolia, people protested for the fourth week asking for the release of former Prime Minister Erdenebat, who was sentenced on 6 June to six years in prison for abuse of power (News.mn, 6 July 2020). Although he won a seat in the 24 June parliamentary elections while still in detention, the former Prime Minister will now have to give up his seat. His arrest was seen as politically motivated (East Asia Forum, 22 June 2020).

In Taiwan, representatives from KMT, Taiwan People’s Party, and New Power Party joined a sit-in protest outside the Legislative Yuan. The protest had entered its eighth day as the protesters continued to call for judicial reform. The demonstrations were prompted by a bill proposing a lay judge system, while advocates of judicial reform call for a jury system to be implemented (Taipei Times, 30 June 2020). The groups stated that despite President Tsai Ing-wen’s affirmation of the importance of judicial reform in both her inaugural addresses, the promised reforms had yet to materialize.

In Japan, anti-military base groups were particularly active last week due to the government’s scheduled re-basing of Osprey military aircraft between East and West Japan. The government explained the move was necessary given China’s regional assertiveness. Nevertheless, the local population opposes the deployment, citing safety concerns given the number of incidents involving Osprey aircraft, which have previously crashed in Japan and elsewhere (Japan Times, 10 July 2020; Mainichi Shimbun, 10 July 2020). There is a growing concern in Japan that Osprey aircraft might crash in populated areas. The re-basing decision is likely to further fuel the growing opposition to the use of the Osprey aircraft and wider anti-militarization and anti-US sentiments.

Finally, about 200 Japanese and international protesters from Black Lives Matter marched through Nagoya, to oppose discrimination and police brutality in solidarity with the BLM movement in the US (Chunichi Shimbun, 6 July 2020). Protesters opposing discrimination and hate speech also gathered in Okinawa and Tokyo. The protests indicate the persistence of international support for the BLM movement worldwide, which resonates with domestic racial profiling issues. Earlier BLM solidarity protests in Japan were also triggered by an incident on 22 May during which a Kurdish man was injured by Tokyo police.