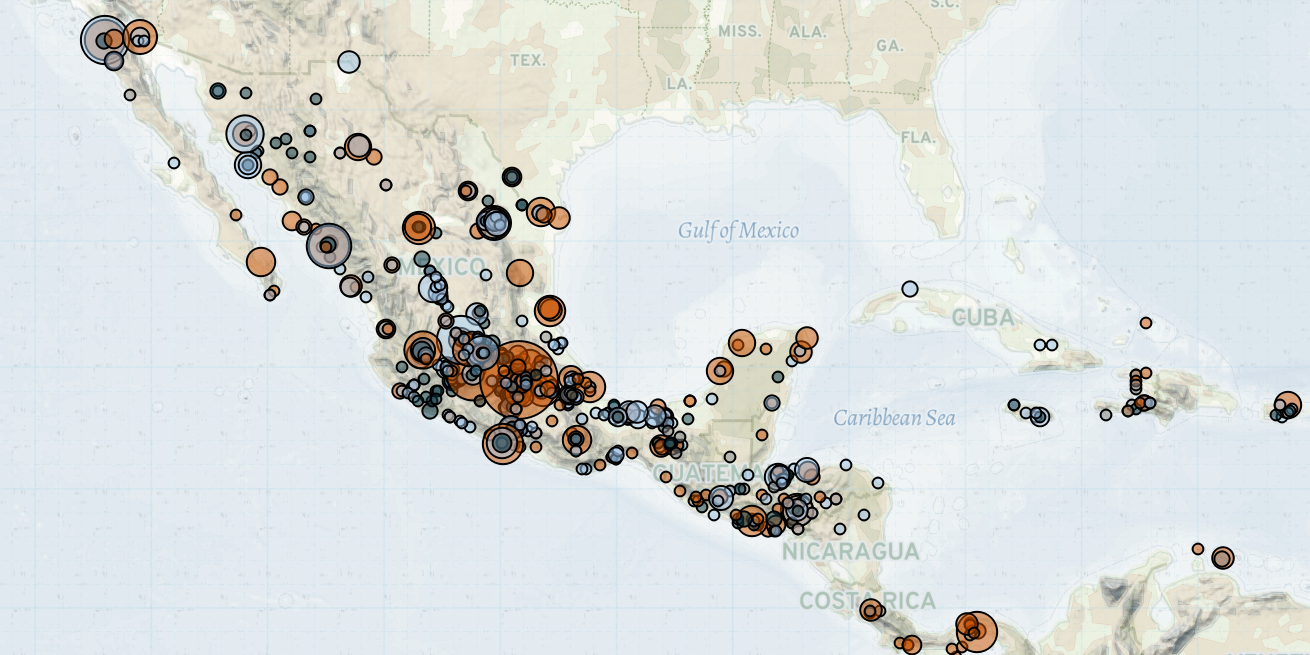 Last week in Central America and the Caribbean, the number of attacks against civilians slightly declined, while the number of battles remained steady, with several clashes involving criminal groups throughout Mexico. The coronavirus pandemic and its economic fallout remains a driver for demonstration activity, although demonstration events last week considerably decreased, especially in Mexico. In Haiti, the recently adopted presidential decree appointing municipal civil servants sparked unrest, and in Mexico, anti-government protests organized by the National Front against AMLO continued.

Last week, a third of the recorded demonstration events in the region were related to the coronavirus. The consequences of lockdown measures on livelihoods continued to trigger demonstrations across the region. In Honduras, taxi drivers protested asking for the provision of state subsidies while market workers protesting against the closure of a market were dispersed by police with tear gas. Similarly, in Mexico, taxi drivers, lawyers, artists, and shop owners protested to demand the resumption of activities, while the closure of a beach generated a protest among street vendors. Teachers also protested for several days, rejecting electronic wage payments meant to avoid the spread of coronavirus. However, stances on the management of the pandemic remain divided: in Costa Rica, some protesters called for a return to normalcy, while others called for further testing and medical attention; in Mexico, health workers demanded further preventive measures and better equipment in the margin while labor groups called for the reopening of shops. In El Salvador and Panama, additional protests in the health sector were reported over the lack of adequate equipment to treat coronavirus patients, demanding further lockdown measures.

Meanwhile, in Haiti, the adoption of a presidential decree setting the creation of municipal commissions with appointed, rather than elected, civil servants sparked unrest across the country for the second consecutive week. On several occasions, demonstrations turned violent as rioters attempted to set town halls on fire.

In Mexico, another weekend of anti-government protests was reported, with vehicle caravans led by the National Front against AMLO (FRENA) in at least 38 cities. The movement, which originated from a coalition of corporate leaders, has rejected the policies of President Andrés Manuel López Obrador. They are calling for his resignation. The stand-off is likely to continue, following declarations from the president in which he described FRENA messages as classist and racist (Forbes, 14 July 2020).

Clashes involving criminal groups took place last week again across several states of Mexico. In Tamaulipas state, a clash between the Gulf Cartel and the Northeast Cartel was reported in Ciudad Miguel Aleman, as criminal groups fight over control of the US-Mexico border, traditionally held by the Gulf Cartel (Insight Crime, 30 January 2020). Further south in the state capital, members of the Northeast Cartel reportedly distributed food packages and financial support to families affected by the coronavirus, thus indicating that strong campaigns for popular support are ongoing in the rest of the state on the fringes of armed rivalries. In the state of Sonora, members of La Linea — a criminal splinter cell created by former members of the Juarez Cartel, and based in the state of Chihuahua — killed a member of the rival Los Salazar gang, based in Sonora — which itself emerged from the Sinaloa Cartel. The attack is part of a rekindled rivalry over control of income sources in the state of Chihuahua, exposed with the mediatized killing of a US Mormon family, who allegedly had a relationship with Los Salazar, in November of last year (Insight Crime, 15 November 2019).

In Veracruz, Grupo Sombra published two video-executions of two men, killed for switching allegiance to another criminal group, in less than 24 hours. The state has been disputed by several organized crime groups, including Los Zetas and the Jalisco New Generation Cartel (CJNG) (Infobae, 6 April 2019). The CJNG also released a video, though in the state of Jalisco, advertising the deployment of at least 75 armed men and 20 military vehicles. Following the release of the video, the president of Mexico renewed his commitments to fight the root causes of crime, rather than looking for direct confrontation with criminal groups.

Other clashes between law enforcement and criminal groups in Mexico were recorded in their respective strongholds. In the state of Tabasco, El Pelon de Playas, whose leader was arrested in December 2019, clashed with ministerial police forces. In Guerrero and Mexico, La Familia Michoacana ambushed members of the National Guard and Ministerial Police in retaliatory attacks following the arrest of two of its members on 6 July 2020.

Despite a slightly downward trend in violence against civilians, local populations remain the main victims of gang violence. In Mexico, Zacatecas state, at least 12 people were killed in two separate attacks in Fresnillo and Luis Moya. In Guanajuato, at least 10 people died in attacks that took place in Leon de los Aldama on 14 July alone. In Honduras, armed men opened fire on 6 people in Puerto Lempira, resulting in at least 4 reported fatalities. Political actors remain particularly vulnerable to attacks, with the shooting of a mayor in Teculutan, Guatemala, and the kidnapping of four Garifuna community leaders in Triunfo de la Cruz village, Honduras.