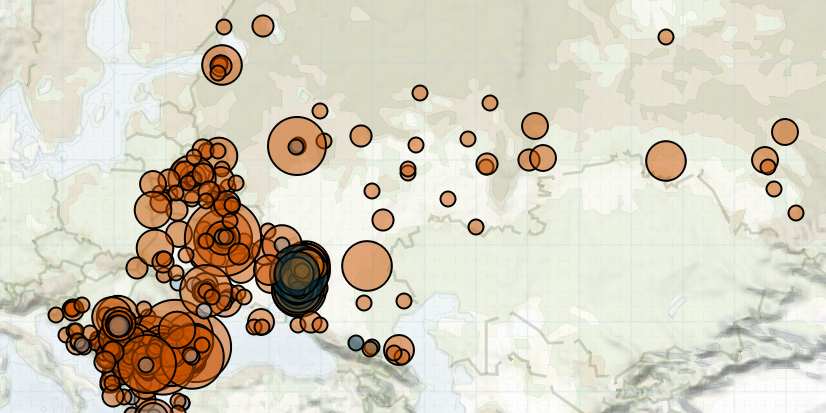 Last week in Eastern Europe, demonstration activity decreased overall. Key regional developments include: many demonstrations in Russia against the government’s decision to arrest and replace the governor of Khabarovsk Oblast and major demonstrations for free elections and against President Lukashenko in Belarus.

Demonstrations against state-driven political repression continued in Belarus and Russia. In Belarus, in anticipation of the elections on 9 August, tens of thousands held electoral rallies across the country in support of the opposition candidate, Svyatlana Tsikhanouskaya (The Moscow Times, 04 August 2020). The demonstrators’ demands focused on fair elections, the release of political prisoners, regime change, and the restoration of the 1994 constitution. A rally in Minsk was attended by approximately 63 thousand people (RFE/RL, 31 July 2020). On 29 July, the Belarusian KGB and special police arrested 33 individuals belonging to the Russian private military firm “Wagner,” claiming that they were part of a contingent of 200 mercenaries in the country who intended to help the opposition. The men were not armed and it is likely they were in Belarus in transit to another country. Their arrest is viewed as a political move by the government of Belarus to undermine the protest movement (RFE/RL, 31 July 2020).

Demonstrations over corruption and alleged electoral fraud took place in Bulgaria and North Macedonia last week. In Bulgaria, peaceful anti-government demonstrations have been held daily over the past three weeks in the capital and in major cities, protesting against corruption in the government and the President and Chief Prosecutor in particular. Demonstrators erected road blockades and set up tent camps on busy roads and intersections to obstruct the traffic. In North Macedonia, thousands of ethnic Albanians staged a “March for Democracy” demonstration in the capital. They allege that the main Albanian opposition alliance suffers from electoral fraud committed by the ruling, ethnically Macedonian parties during the vote counting process in the parliamentary elections. This protest points to political tensions between ethnic Albanians and the Macedonian majority in North Macedonia (Balkan Insight, 27 July 2020; Exit, 28 July 2020).

In Ukraine, demonstrations took place against a new agreement on a ceasefire in Donbas, expressing concerns regarding the safety of Ukrainian soldiers and demanding total victory over Russia (Euromaidanpress, 28 July 2020). Previously, such ceasefire agreements have resulted in slight decreases in levels of fighting for a few weeks before eroding (ACLED, 13 April, 2020). In Donbas, fighting between Ukrainian government forces and Russian-led separatists decreased following the new ceasefire agreement, with 22 armed clashes and 28 shelling incidents; no fatalities were reported.