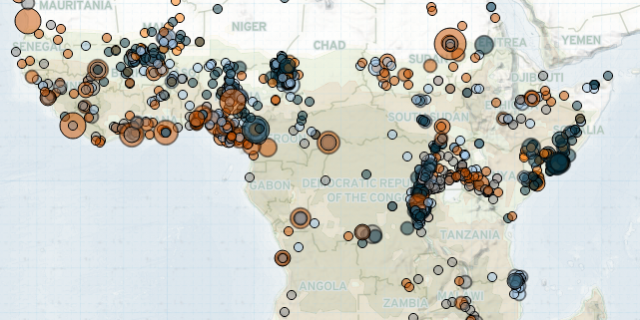 Last week in Africa, Islamic State-affiliated militants clashed with state forces in Tunisia and Morocco; dozens were killed during intercommunal violence in the Democratic Republic of Congo; and the Malian military junta announced a timeline for a return to civilian rule, amid escalating tension with supporters of the Movement of June 5 – Rally of Patriotic Forces.

In Tunisia, Islamic State-affiliated militants rammed a National Guard patrol with a vehicle in Sousse, before stabbing one officer to death and injuring another. Three militants were killed in a subsequent shootout with police.

In Morocco, confrontations between police and militants were reported in Temara and Tifelt, as police carried out operations to dismantle an alleged Islamic State cell dispersed across several cities. The militants were found with explosives and were reportedly in the advanced stages of planning for suicide bombings (ABC, 11 September 2020).

Demonstrations against worsening living conditions and corruption continued throughout the week in Libya, including multiple days of demonstrations in Benghazi. In Al Marj, police forces opened fire on demonstrators, killing one demonstrator and injuring another. Meanwhile, a new violation of the ceasefire in Libya was reported. Libyan National Army (LNA) forces shelled Government of National Accord (GNA) forces to the west of Sirte.

In Mali, the military junta, known as the National Committee for the Salvation of the People (CNSP), held transition talks in Bamako and announced an 18 month transition before a return to civilian rule (Africanews, 13 September 2020). Tension surrounded the talks, with supporters of the Movement of June 5 – Rally of Patriotic Forces (M5-RFP) clashing with police outside the conference center in which the talks were being held. M5-RFP has voiced concerns that the CNSP is actively sidelining the movement, which led anti-government demonstrations prior to the coup, in an attempt to monopolize power (The Africa Report, 15 September 2020). A new protest movement, Movement of September 4 (M4), has also been created in support of the CNSP and Malian military.

In the Democratic Republic of Congo (DRC), dozens of Hutu civilians were killed in dual attacks in Ituri’s Irumu territory, close to the border with North Kivu. While initial reports suggested that the attacks were carried out by the Allied Democratic Forces (ADF), conflicting reports from United Nations sources downplayed this attribution (Actualite, 11 September 2020), instead linking the attacks to intercommunal conflict in the area. Meanwhile, intercommunal violence was reported in the Fizi and Mwenga territories of South Kivu. Mayi Mayi associated with the Babembe and Bafuliru ethnic groups clashed with those linked to the Banyamulenge ethnic group across multiple locations, resulting in more than a dozen fatalities. Babembe and Bafuliru-linked Mayi Mayi also staged multiple attacks on Banyamulenge civilian populations in the area.

In Burundi, Resistance to the Rule of Law in Burundi (RED-TABARA) clashed with military forces, police and Imbonerakure in Kayanza, Rumonge and Muramvya provinces. In an attack on the civilian population in Rumonge province, RED-TABARA fighters killed three people, including an unarmed local Imbonerakure leader.

A separate, weekly discussion of the ongoing conflict in Mozambique can be found via the Cabo Ligado project.