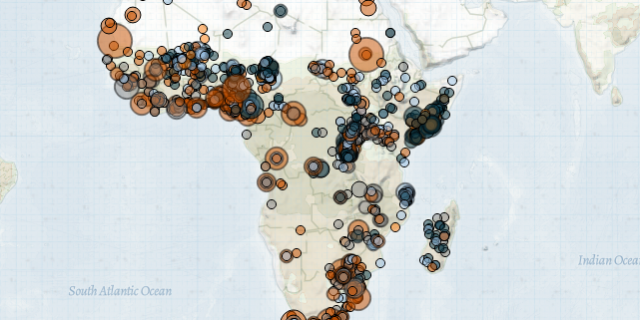 Last week in Africa, Kenyan and Somali forces clashed following a Kenyan military incursion into Somalia; secessionist violence was reported in the Democratic Republic of Congo, Cameroon, and Ghana; and anti-government demonstrations were reported in Egypt and Cameroon.

The killing of three civilians by Kenyan state forces in Somalia’s Gedo region prompted large anti-Kenya demonstrations in the towns of Bardera and El Wak, as well as an exchange of fire between Kenyan and Somali forces. Kenyan military actions in Gedo came in response to multiple attacks by Al Shabaab militants on civilian and military targets in the neighboring county of Mandera in Kenya.

In Ethiopia, an unidentified armed group launched an attack on civilians in Benishangul-Gumuz state on 24 September. More than a dozen civilians were killed during the attack in Dangur Woreda. The latest attack comes amid an upswell of violence in Benishangul-Gumuz during September. Earlier attacks have seen the targeting of ethnic minority groups, including the Amhara.

In Ghana, the Western Togoland separatist movement launched an armed action in the Volta region as part of a longer-term movement to secede from Ghana. Members of the Homeland Study Group Foundation (HSGF) attacked police stations in Aveyime and Mepe, and clashed with military forces at Tademe. HSGF also blocked roads at several locations in the Volta region, and in the neighboring Eastern region.

In the Democratic Republic of Congo (DRC), Mayi-Mayi Bakata Katanga launched an incursion into central Lubumbashi city, clashing with the Congolese military (FARDC) and the police. More than a dozen Mayi-Mayi were killed in the violence, as they attempted to seize strategic public buildings. Two policemen and a soldier were also killed. The Mayi-Mayi Bakata Katanga support the secession of the erstwhile Katanga province from the DRC.

In Cameroon, clashes between Ambazonian separatists and state forces were reported in Bamenda in the North West, as well as Mamfe and Likomba towns in the South West. State forces were also implicated in several attacks on civilian populations in the Anglophone regions, resulting in multiple fatalities.

Meanwhile, the opposition Movement for Renewal of Cameroon (MRC) staged pro-democracy demonstrations, demanding the resignation of President Paul Biya. State forces used force to disperse demonstrators, with at least one demonstrator killed in Douala city. Hundreds of demonstrators and political figures, including the MRC national treasurer and the party spokesperson, were arrested, along with journalists covering demonstration activities.

Finally, Boko Haram militants ambushed the Borno state governor’s convoy on the road between Monguno and Baga in Nigeria, clashing with military, police and Civilian Joint Task Force fighters. More than a dozen people were killed in the clash.