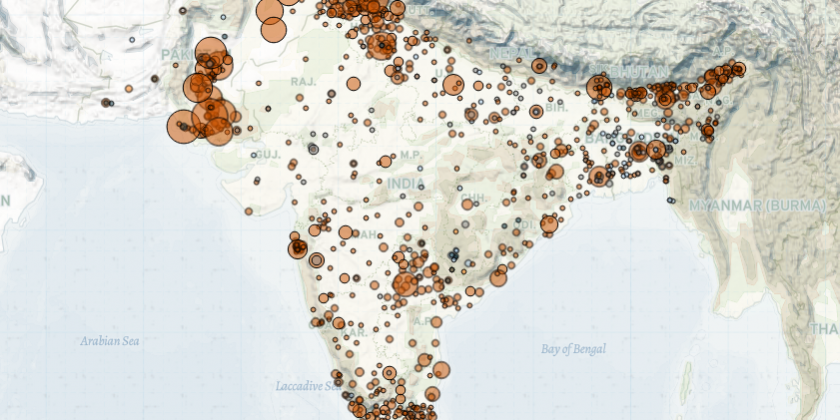 Active militant groups in Pakistan last week include Tehreek-i-Taliban Pakistan (TTP), Baloch Liberation Front (BLF), and Al Qaeda in the Indian Subcontinent (AQIS). Three militants and one soldier were reportedly killed in two encounters between military forces and suspected TTP operatives in Khyber Pakhtunkhwa. Suspected TTP militants also targeted a police vehicle with an IED, injuring four civilians. In August, anti-government group TTP, reunited with splinter groups Jamat-ul-Ahrar (JuA) and Hizb-ul-Ahrar (HuA) to strengthen its operations and bring back Pakistani militants from Afghanistan (Al Jazeera, 18 August 2020). Over 6,000 TTP militants are hiding in Afghanistan, according to a recent report by the UN Analytical Support and Sanctions Monitoring Team (UN, 23 July 2020). In Balochistan province, two BLF insurgents and an informer were killed in an armed clash with Pakistani soldiers. BLF is a Baloch separatist group fighting for an independent Balochistan state (for more on Baloch separatism, see this ACLED report). In Sindh province, one AQIS militant was killed in a police operation. AQIS has launched attacks on Pakistan, Afghanistan, India, Myanmar, and Bangladesh in order to establish an Islamic state (International Center for Counter Terrorism, May 2015). In India, military and security forces also engaged with domestic militants, killing two Lashkar-e-Taiba (LeT) members in Jammu and Kashmir (J&K). LeT is another Islamist organization that operates against the Indian state in J&K.

Eighteen cross-border exchanges of fire between Indian and Pakistani forces were recorded last week in the Kashmir region, similar in number to the previous week. Three Indian soldiers, one Pakistani soldier, and a Pakistani civilian were reportedly killed during these incidents. ACLED records an overall increase in the frequency of cross-border clashes between India and Pakistan in 2020 (for more on conflict in J&K, see this ACLED CDT spotlight). The increase is linked to escalating hostility between the two states surrounding Indian constitutional changes affecting J&K, and the passage of the 2019 Citizenship Amendment Act (CAA), which is viewed as discriminatory towards Muslims (BBC, 8 August 2019; Al-Jazeera, 16 December 2019).

In Chhattisgarh state, Naxal-Maoist rebels remained active in Bijapur district, where four Maoist cadres were killed in an exchange of fire with security forces. Maoists also killed two elected representatives in Bijapur, accusing them of being police informers. As well, a Maoist deputy killed his commander, who was allegedly responsible for recent civilian killings in Bijapur. The deputy accused the commander of unnecessary violence. According to police, the incident has revealed internal conflicts within the Maoist hierarchy, which could weaken the rebel group (Times of India, 2 October 2020).

Elsewhere in India, at least four upper-caste men raped a Dalit teenager on 14 September in Uttar Pradesh state, causing her severe injuries and leading to her death two weeks after the incident. The incident has triggered demonstrations by members of the Dalit community, opposition political parties, and rights activists across the country. The attack was the latest case highlighting the issue of sexual violence against the Dalit caste group. Dalits hold the lowest social status, according to India’s caste system, and have faced widespread harassment and discrimination (Al Jazeera, 5 October 2020). While most of the demonstrations were peaceful, clashes with police were reported in Hathras and Agra cities of Uttar Pradesh.

Meanwhile, two additional rape cases of Dalit women were reported last week. A Dalit woman died after being raped in Balrampur district of Uttar Pradesh and another committed suicide in Madhya Pradesh, after police refused to register her rape complaint. Likewise, in Bangladesh, students and political parties staged demonstrations, denouncing sexual abuse and torture inflicted upon women. A mentally challenged woman from the Chakma minority, and another woman belonging to an unidentified minority community, were raped in two recent incidents. Demonstrators expressed discontent with the government’s inaction against sexual violence and demanded resignation of the home minister.

Finally, in India, demonstration activity spiked last week against three agriculture reform bills recently approved by parliament. Farmers, farmer organizations, and opposition political parties staged demonstrations, road and rail blockades, general strikes, and marches in almost all regions of India, including the main food growing states of the country – Haryana, Punjab, and Uttar Pradesh. While most of the demonstrations were peaceful, farmers clashed with police in Punjab and Uttar Pradesh. The farm reforms seek to relax rules around sale, pricing, and storage of farm produce, which have protected India’s farmers from free market forces (BBC News, 25 September 2020). Demonstrators have expressed apprehension that the agricultural reforms would lead to a dismantling of the minimum support price system and exploitation by corporations. The Bharatiya Janata Party (BJP)-led government has defended the bills as reform measures that will allow farmers to sell to institutional buyers and big retailers like Walmart.