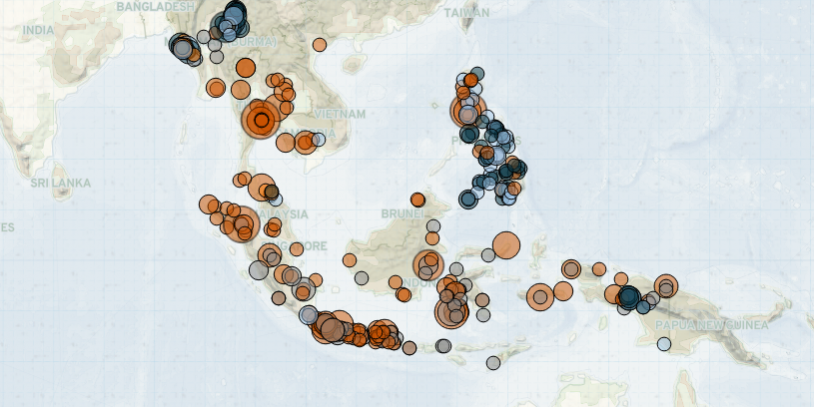 In Myanmar, fighting intensified in Rakhine and northern Shan states last week. In Kyaukme township, Shan state, clashes between the military and the Restoration Council of Shan State/Shan State Army-South (RCSS/SSA) were reported every day from 2 to 9 October. The military also clashed with the Palaung State Liberation Front/Ta’ang National Liberation Army (PSLF/TNLA) in northern Shan state. Meanwhile, in Rakhine state, the United League of Arakan/Arakan Army (ULA/AA) fought with the military every day from 4 to 9 October. The military has increased its use of fighter jets and shelling in its operations against the ULA/AA (Irrawaddy, 7 October 2020). With general elections scheduled to be held on 8 November, it seems increasingly likely that parts of Rakhine state will be excluded from the polls because of the intensifying conflict (BNI, 24 September 2020).

Attacks on civilians by the military have also increased amid the unrest. In Rakhine state, at least five civilians were killed by the military last week alone. Meanwhile, thousands of villagers in both states have fled their homes because of the escalating tensions. Since 3 October, more than 1,000 villagers have been seeking shelter in monasteries in Shan state (Eleven Media Group, 8 October 2020), while a local NGO, Rakhine Ethnic Congress, estimates that clashes between the military and the ULA/AA have displaced more than 36,000 civilians in Rakhine state since August of this year (Irrawaddy, 5 October 2020).

In Indonesia, widespread demonstrations broke out across dozens of cities in the country last week following the expedited passage of the omnibus bill on job creation on 5 October. The controversial bill – officially known as the state budget implementation bill (P2APBN) – was originally scheduled to be passed on 8 October, but the government finalized and passed it three days earlier for unannounced reasons (Jakarta Post, 5 October 2020). Public outcry against the bill has been mounting in recent months, as the bill proposes changes to dozens of laws that opponents assert would severely undermine workers’ rights and environmental protections (Channel News Asia, 9 October 2020). Last week, thousands of students and labor groups took to the streets to call for the revocation of the law. Demonstrations were recorded in the major cities of almost every province, with nearly half of all demonstrations turning violent. Demonstrators reportedly threw rocks and wood at police, and damaged government buildings and public property (Al Jazeera, 9 October 2020). Police responded with tear gas, water cannons, and arrests (South China Morning Post, 7 October 2020). As of 9 October, the police stated that they had arrested 3,862 demonstrators, more than half of which are students (Jakarta Post, 9 October 2020).

In his first public comment on the passage of the omnibus law on job creation, Indonesian President Joko “Jokowi” Widodo dismissed criticism of the law as being based on “disinformation and hoaxes spread through social media” (Jakarta Post, 9 October 2020). The bill was first proposed by the president about a year ago, and has since become a focal point of the second and final term of his administration (Jakarta Post, 13 March 2020). In response to public opposition against the law, several governors promised to send letters to the president requesting the law be revoked (Channel News Asia, 9 October 2020). The president also stated that any party dissatisfied with the law should propose a judicial review to the Constitutional Court and leave it to the court to decide whether or not the law should be annulled (Antara News, 9 October 2020).

In the Philippines, three wives of Abu Sayyaf (ASG) fighters linked to the 24 August suicide bombings in Jolo, Sulu province were arrested during a military raid last week. The arrests follow a spike in events related to state-backed efforts to quell the Islamist rebel group the week prior. It is believed that the raid – during which vests rigged with pipe bombs were siezed – disrupted a potential suicide bombing (Manila Bulletin, 10 October 2020). Meanwhile, fighting between the communist New People’s Army (NPA) and state forces continued. Notably, the alleged leader of the anti-communist Magahat Bagani paramilitary group was killed during a clash with the NPA last week. The Communist Party of the Philippines (CPP) claimed that the slain leader received support from the military and masterminded the 2015 Lianga massacre that targeted Lumad leaders (Davao Today, 5 October 2020).

Lastly, in Thailand, anti-government demonstrations continued to be relatively muted amid growing anticipation of a large rally scheduled for 14 October. The rally is expected to be the largest yet of the ongoing anti-government movement. Organizers of the 14 October rally – comprised of leaders from various protest groups who have come together under an umbrella group called the “People’s Party” – will be rallying for a new set of demands. This includes the resignation of the prime minister and his team, a special parliamentary session on charter amendments, and the reform of the monarchy (Khaosod, 8 October 2020). Protesters said that they have yet to receive a response from the palace regarding their previous demands about reforming the monarchy (Khaosod, 5 October 2020). Meanwhile, the newly appointed army chief warned protesters not to engage in violence so that peace will be maintained and so there will be no chances for a coup to take place (Bangkok Post, 7 October 2020).