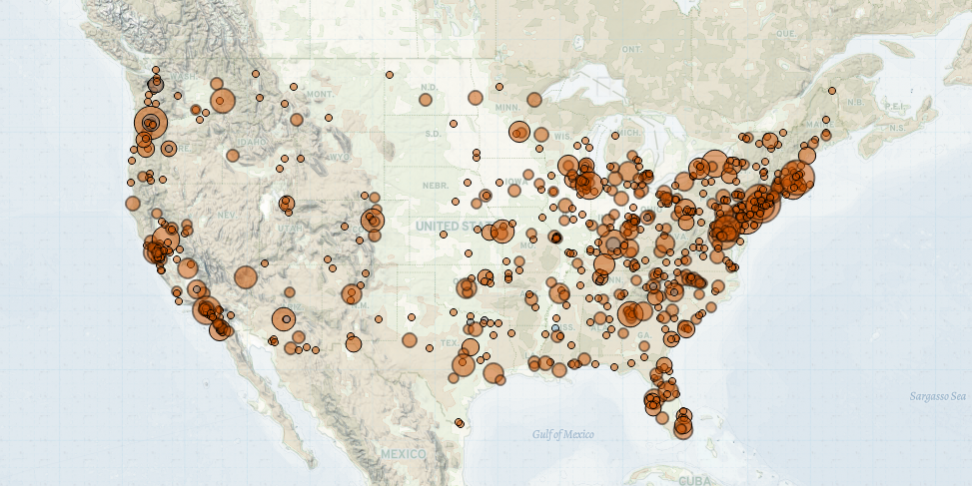 Fewer demonstration events were reported in the United States last week compared to the week prior. Demonstrations associated with the Black Lives Matter (BLM) movement continued, but decreased by nearly one-third relative to the previous week. In Denver, Colorado, a person was fatally shot following a demonstration by a right-wing group, while counter-demonstrators associated with the BLM movement were also present. Demonstrations over issues related to the coronavirus pandemic continued with violent demonstrations reported in New York. Members of the Wolverine Watchmen militia group were arrested for plotting to kidnap Michigan Governor Gretchen Whitmer in response to her enforcement of measures to fight the coronavirus outbreak. Meanwhile, demonstrations against the ongoing armed conflict between Azerbaijan and Armenia over the disputed region of Nagorno-Karabakh were recorded in several US states.

Last week, 20% of all demonstration events reported in the US were associated with the BLM movement, compared to 25% of all demonstration events the week prior. Demonstrations were held in Texas, Oregon, and New York in reaction to the fatal shooting of Jonathan Price, a Black man, in Wolfe City, Texas. A police officer tasered and then shot Price while responding to a call about a possible disturbance at a gas station convenience store on 3 October. Price’s attorney noted that Price had intervened after he noticed a man assaulting a woman at the gas station (Washington Post, 10 October 2020). The situation had been resolved before the officers arrived at the scene (Washington Post, 10 October 2020). After the police arrived, one of the officers attempted to detain Price, who “resisted in a non-threatening posture and began walking away” (Washington Post, 10 October 2020). The officer then used his taser and later fired his weapon, hitting and killing Price. Following the incident, the officer was fired by Wolfe City, arrested, and charged with murder.

In Wauwatosa, Wisconsin, daily demonstrations were reported following the 7 October announcement by the Milwaukee County District Attorney’s Office that it would not charge a Wauwatosa police officer in the death of Alvin Cole. The district attorney stated in the decision that the officer’s use of deadly force was “objectively reasonable” (Milwaukee Journal Sentinel, 7 October 2020). Cole, a 17-year-old Black teen, was shot and killed by a police officer earlier this year outside a mall in Wauwatosa. The officer was responding to a disturbance call. The police maintain that Cole, armed with a stolen gun, fired first during the incident and was shot by the officer after failing to drop his gun (Washington Post, 9 October 2020). A third-party investigator report prepared by former US Attorney Steven Biskupic revealed that Cole’s gun had gone off accidentally, hitting Cole in the arm (Milwaukee Journal Sentinel, 7 October 2020). After that, his gun had become inoperable. Following the district attorney’s announcement, daily demonstrations were reported in Wauwatosa last week against the decision. On the first day of the demonstrations, rocks were thrown at police officers and businesses were vandalized, after which officers used tear gas to disperse the demonstrators.

In Denver, Colorado, a person was fatally shot following counter-demonstrations at the Civic Center Park. On 10 October, two demonstrations — one termed a ‘Patriot Muster’ led by a conservative right-wing group called Faith, Education & Commerce United (FEC United), and a counter-demonstration called a ‘BLM-Antifa Soup Drive’ demanding police reform — were held simultaneously at the park (Colorado Times Recorder, 12 October 2020). Following the demonstrations, a confrontation was recorded and one of the attendees of the ‘Patriot Muster’ rally hit a security guard in the head before spraying him with mace (Denver 7 News, 13 October 2020). The guard responded by fatally shooting the demonstrator. He was arrested at the scene. Reports claim that the security guard, employed by a news outlet to accompany their journalist, was not licensed to be a security guard in Denver and was contracted through a private security agency (Denver 7 News, 13 October 2020). There are growing concerns that amid the ongoing nationwide protest movement over racial inequality and police brutality, such counter-demonstrations could increasingly escalate into violence (for more see, the recent US Crisis Monitor report tracking trends during summer 2020). In August, two demonstrators were shot and killed during a demonstration in support of the BLM movement in Kenosha, Wisconsin, while a member of the right-wing group Patriot Prayer was shot and killed in Portland, Oregon during a pro-Trump demonstration.

Demonstrations over issues related to the coronavirus pandemic continued last week, including in New York. In Brooklyn, locals demonstrated against new restrictions imposed by Governor Andrew Cuomo to contain the spread of the virus. Demonstrators lit fires and assaulted a journalist. Effective 8 October, New York reimposed restrictions on gathering sizes and ordered the closure of schools and nonessential businesses in neighborhood clusters where coronavirus cases are on the rise, including in Brooklyn (NBC News, 8 October 2020). The restrictions come as New York City reported a sharp rise in the daily rate of coronavirus cases in late September (New York Times, 29 September 2020).

In Michigan, members of an anti-government militia group called the Wolverine Watchmen were arrested for plotting to kidnap Governor Gretchen Whitmer in response to her enforcement of measures to curb the spread of coronavirus in the state. According to a law enforcement investigation, the members of the Wolverine Watchmen, a little-known anti-government group founded in Michigan, were opposed to the state’s actions, including the closure of gyms (Detroit Free Press, 8 October 2020). Members of the group, who reportedly had participated in armed demonstrations against coronavirus restrictions at the state capitol in Lansing earlier this year, regularly met and conducted firearms training and combat drills in preparation for the alleged kidnapping scheme (Washington Post, 9 October 2020; Detroit Free Press, 8 October 2020). The arrests come amid President Donald Trump’s continued shows of support for right-wing demonstrations against coronavirus restrictions (New York Times, 17 April 2020). In April, he encouraged right-wing groups to demonstrate against strict social distancing measures and, in May, he expressed support for the armed demonstrators who stormed the state capitol in Michigan demanding the rollback of coronavirus restrictions (New York Times, 17 April 2020; Washington Post, 1 May 2020).

Meanwhile, members of the Armenian-American community held demonstrations across a number of states against the ongoing armed conflict between Azerbaijan and Armenia over the disputed territory controlled by the de facto Republic of Artsakh (Hill, 11 October 2020), which has recently reignited (for more on the latest developments in the conflict, see ACLED’s Central Asia and the Caucasus Regional Overview).