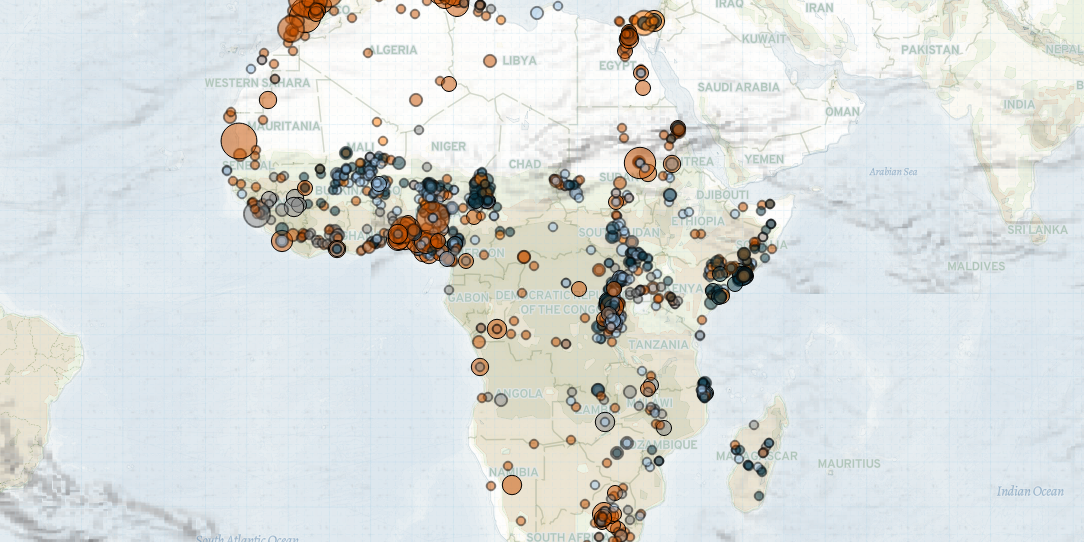 Last week in Africa, demonstrations against police brutality continued to gain traction in Nigeria; ongoing election-related demonstrations and violence were reported in Guinea and the Ivory Coast; and an Al Shabaab ambush resulted in Somalia’s deadliest clash of the year.

In Nigeria, #EndSARS demonstrations against police brutality have continued to grow across the country. Several fatalities were reported during the demonstrations, as unidentified armed groups, counter-demonstrators and police intervened. Following last week’s disbandment of the special anti-robbery squad (SARS), the police announced the creation of a new Special Weapons and Tactics (SWAT) unit (Premium Times, 13 October 2020).

In the Ivory Coast, demonstrators burnt their electoral cards and blocked Independent Electoral Commission (CEI) agents during nationwide demonstrations against the candidacy of Alassane Ouattara for a third term. In Bouafle, unknown persons set fire to the Marahoue divisional headquarters of the CEI, damaging the building and destroying voting equipment.

In Mali, suspected Jama’at Nusrat al-Islam wal-Muslimin (JNIM) militants launched coordinated attacks in the Mopti region. Militants ambushed a Malian army convoy in Parou, as well as a civilian bus near the town. A dozen civilians were killed. The attacks came a week after a prisoner swap which saw more than a hundred militants released in exchange for the former opposition leader Soumaila Cissé and several foreign hostages. The attacks were some of the most significant to take place since the transitional government took power following the military coup in August.

In Sudan, Prime Minister Abdalla Hamdok dismissed the Governor of Kassala, Saleh Ammar, from office, worsening tensions between the Beja and Beni Amir ethnic groups in the eastern Sudanese states of Kassala and Red Sea. The appointment of Ammar, a member of the Beni Amir ethnic group, had been widely opposed within the Beja community. Since his appointment in July, Ammar had been based in Khartoum, unable to govern from Kassala (Al Jazeera, 13 October 2020). In Kassala, eight people were killed when supporters of the outgoing governor clashed with state forces, during an attempt to storm the state headquarters. Meanwhile, multiple people were killed when armed Beni Amir and Beja militias clashed in the Red Sea cities of Port Sudan and Suakin.