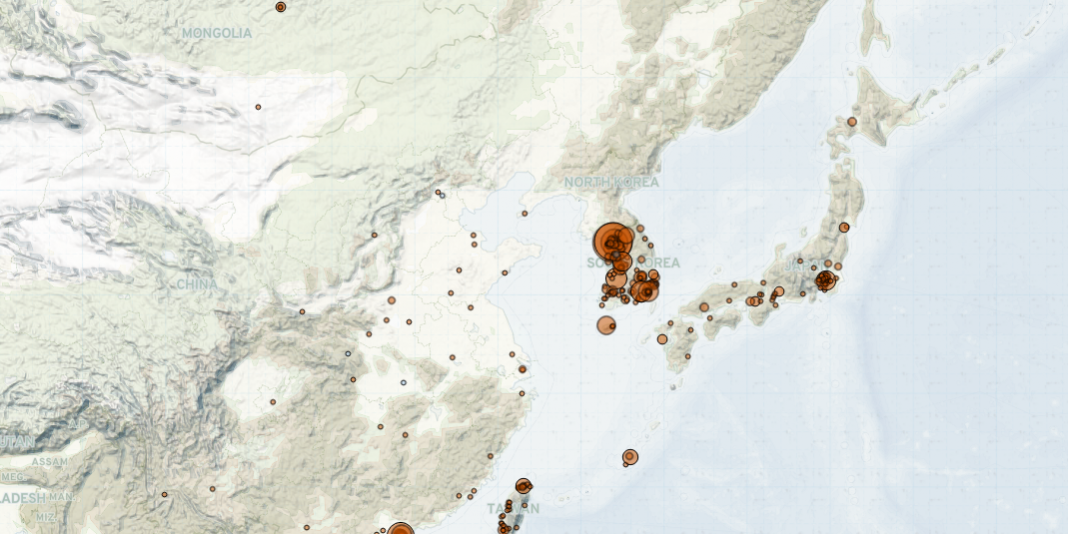 Last week, demonstration activity slightly increased across East Asia. In Hong Kong, pro-establishment groups protested for the second consecutive week. Protests were in support of the Education Bureau’s decision to revoke a teacher’s professional qualification after the teacher allegedly promoted independence. In Taiwan, a forced eviction case sparked a rare violent demonstration in the capital, as well as a protest involving a self-immolation in Pingtung. In South Korea, nationwide rallies were held over the recent deaths of two delivery workers from overwork. In Japan, large demonstrations were reported over Beijing’s education policy in China’s Inner Mongolia, and also against the Prime Minister’s continued refusal to appoint six candidates to the Science Council of Japan. As well, the Japanese government’s decision to release contaminated water from the Fukushima nuclear plant into the ocean has raised concerns both domestically and abroad.

In Hong Kong, for the second consecutive week, pro-establishment groups held protests centered around the revocation of a teacher’s professional qualification. The teacher had allegedly promoted independence in his teaching materials. Protesters condemned the Hong Kong Professional Teachers’ Union (HKPTU) for providing legal and financial assistance to the teacher to appeal against the Education Bureau’s decision. The Education Bureau stated that the cancellation of the teacher’s registration was necessary “in order to protect students’ interest and safeguard teachers’ professionalism and public trust in the teaching profession” (Al Jazeera, 6 October 2020). The incident marked the first time that Hong Kong has canceled a teacher’s registration for misconduct not related to criminal or sexual offenses (Hong Kong Free Press, 6 October 2020).

Meanwhile, on 15 October, the police national security unit conducted a search operation and seized boxes of documents from the private offices of pro-democracy media mogul Jimmy Lai. The authorities stated that the search operation was linked to an ongoing investigation in relation to his arrest on 10 August under the National Security Law. On 10 August, police also launched a highly publicized raid on the headquarters of his media company. Jimmy Lai has filed a series of court orders to request the return of the seized documents (South China Morning Post, 19 October 2020).

In Taiwan, a rare violent demonstration took place in Taipei City over the demolition of private residences to make way for an underground railway project. During the demonstration, members of a student group clashed with police officers, leaving several people bleeding and injured. The demolition of the remaining two residences marks an end to a nine-year-long dispute in which a total of 340 households were relocated due to the project (New Bloom Magazine, 14 October 2020). The heated confrontation was mirrored in another eviction case in Pingtung last week in which a 73-year-old man self-immolated during a protest against the county government’s attempts to evict residents. The buildings, which were constructed in 2009 following Taiwan’s deadliest typhoon, were considered by the government to be illegal structures and dangerous.

In South Korea, nationwide rallies were held over the recent deaths of a 48-year-old delivery worker and a delivery packaging worker in his twenties due to overwork during the coronavirus pandemic (Hankook Ilbo, 17 October 2020). The protesters criticized the logistics companies and the government for letting these incidents occur. These rallies come on the heels of demonstrations by the delivery industry, which have been ongoing since the beginning of summer. The pandemic has increased the workload of delivery workers to dangerous levels. This has led to a total of three deaths, attributed to overwork, in the past month (Hankyoreh, 19 October 2020).

In Japan, 120 protesters from China’s Inner Mongolia province, Tibet, and Hong Kong marched through Nagoya (Chunichi Shimbun, 15 October 2020). Demonstrators opposed a language policy imposed on Inner Mongolia province by the Chinese government which replaces school instruction in Mongolian with Mandarin Chinese. Protesters argued that the policy amounted to a “cultural genocide” (Chunichi Shimbun, 15 October 2020). Protests on this topic have been increasing in frequency over the past few weeks in Japan. Last week’s protest is one of the largest protests on the issue to be held outside of Tokyo.

Separately, 180 protesters gathered in Nagasaki to voice discontent over Prime Minister Suga’s refusal to appoint six candidates to the Science Council of Japan, calling on him to respect academic freedom (Nagasaki Shimbun, 16 October 2020). Although some protests over the issue have been occurring around the country, this is the first gathering of this size on the topic, suggesting that public opposition on the issue may be increasing. Moreover, the latest polls suggest that Suga’s decision to refuse the appointment of the six scholars has led to a drop in the approval rating of the current administration (Japan Times, 18 October 2020).

Finally, a noteworthy event last week is the Japanese government’s decision to release contaminated water from the Fukushima nuclear plant into the ocean. This choice comes despite widespread opposition from fishing cooperatives and environmental groups (Japan Today, 16 October 2020). Despite the environmental and health concerns — and a range of alternative options, including storing the water in underground containers or evaporating it — the government has decided that releasing the water into the ocean would be the safest and most cost-effective option (Financial Times, 16 October 2020). If it goes ahead, this action is likely to increase unrest among the concerned groups. It may also cause further tensions with neighboring countries, especially with South Korea, which has already expressed concern about how the situation is being managed.