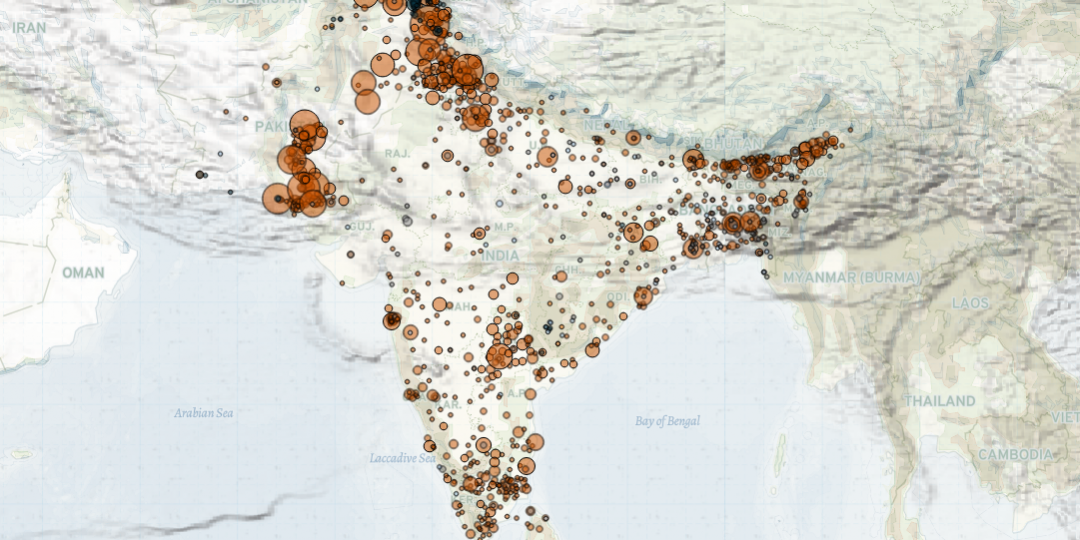 Key trends in South Asia last week include increased militant activity in the border areas of Pakistan and separatist group attacks in Balochistan. In India, security operations against domestic militants resulted in the killing of at least four militants. Lastly, demonstrations against sexual violence continued in India, Bangladesh, and Nepal, leading to a new law introducing the death penalty to punish rape in Bangladesh.

In Pakistan, militant groups intensified their attacks on security forces in the border areas of Khyber Pakhtunkhwa (KP) province. At least six army personnel were killed in an IED attack by Tehreek-i-Taliban Pakistan (TTP) militants in KP province. In August, splinter groups Jamat-ul-Ahrar and Hizb-ul-Ahrar pledged allegiance to TTP and declared they would engage in armed struggle against Pakistan (Dawn, 6 September 2020). Other attacks on security forces by unidentified militants in KP led to the killing of at least three soldiers and one militant. Another Pakistani soldier was killed in a shooting incident in the Bajaur region, as firing was reported from the Afghan side of the border. Unidentified militants fired rockets at a security post in North Waziristan district, killing two soldiers and injuring three more. In another incident, police forces killed an unidentified militant in Swat district, after a group of militants attacked a police van. Occasional attacks by Taliban and other militants have continued, although the army has reportedly cleared the Afghan border region of insurgents, who had been using the area as their base (ABC News, 14 October 2020).

In Balochistan province, separatist group attacks on armed forces and civilians increased compared to the previous weeks. The resulting number of fatalities per week likewise increased. At least 14 people, including seven Frontier Corps personnel, were killed as Baloch militants attacked an Oil and Gas Development Company convoy in Gwadar District. Baloch Raaji Aajoi Sangar (BRAS), an official alliance of three Baloch militant groups, claimed responsibility for the attack. In 2018, two of the largest Baloch armed groups — Baloch Liberation Army and Baloch Liberation Front — together with the Baloch Republican Army, formed an alliance to unify the Baloch insurgent movement (for more on organized violence in Balochistan, see this recent ACLED piece). ACLED records an increase in Baloch separatist violence in 2020 due to greater unity between separatist groups, among other factors.

In India, security operations against domestic militants continued in Jammu and Kashmir (J&K). Security forces killed two Lashkar-e-Taiba (LeT) militants, including a commander, during a cordon and search operation in Srinagar city. A foreign LeT member and IED expert was killed in Anantnag district during another search operation. Although security forces have made significant gains against militancy, LeT and other groups have continued to pose a threat and target the region (for more on conflict in J&K, see this CDT spotlight). Likewise, in the Red Corridor, the Central Reserve Police Force has ramped up operation campaigns against Maoist rebels (Times of India, 6 June 2020). A police team killed a Communist Party of India-Maoist commander in Chhattisgarh state in an operation, based on intelligence input.

Meanwhile, demonstrations against an increase in sexual violence targeting women, especially women from minority groups, continued in India, Bangladesh, and Nepal. Last week, the Bangladesh government approved the use of capital punishment in rape cases, increasing the maximum punishment from life imprisonment to death. This comes after recent sexual violence cases triggered nation-wide demonstrations (Deutsche Welle, 14 October 2020). Five convicts in a gang-rape case received capital punishment two days after the amendment of the law (Anadolu Agency, 15 October 2020). While demonstrations were largely peaceful in India and Bangladesh, a few violent clashes took place and some of them involved mob violence by vigilante groups. In India’s West Bengal state, violence broke out during a demonstration led by Trinamool Chhatra Parishad (TMCP) — the student wing of Trinamool Congress Party (TMC) — against a rape incident in Uttar Pradesh state. TMCP and TMC demonstrators clashed with activists of Communist Party of India (Marxist) and the Indian National Congress. Rioters hurled crude bombs at each other, injuring at least three TMC members. A village mob assaulted two men accused of gang-rape in Jharkhand state; the victims were later rescued by police. A teacher was also attacked by a mob in Bangladesh for alleged sexual assault of a minor student. Vigilantism and mob violence are common throughout South Asia.