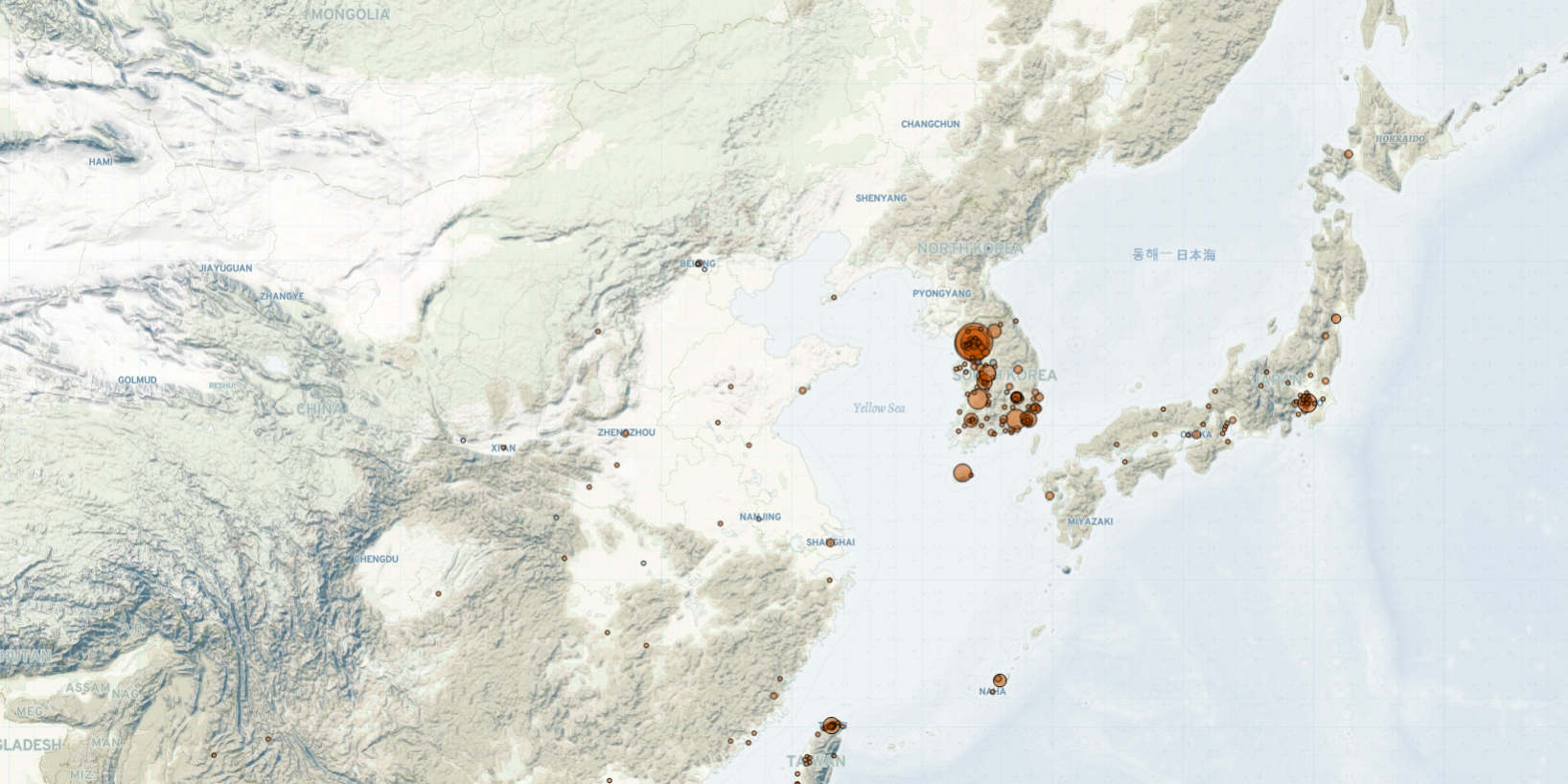 Last week in East Asia, security measures reportedly intensified across China before the Central Committee of the Communist Party of China (CPC) convenes its annual plenary session on 26 October. In Hong Kong and Taiwan, pro-democracy supporters held protests to express support for the ongoing mass pro-democracy demonstrations in Thailand. Also in Taiwan, pro-unification groups protested ahead of a public hearing to review the license renewal application of a television network. Separately, protests over Japan’s decision to release radioactive water from Fukushima into the sea were reported in Japan and South Korea. Also in South Korea, riot police dispersed demonstrators who tried to block transport vehicles approaching a military facility. Finally, in Japan, the Prime Minister’s refusal to appoint six candidates to the Science Council of Japan continues to fuel protests.

In China, security measures have been stepped up to prevent petitioning activities in the capital before the fifth plenary session of the 19th Central Committee of the CPC, scheduled to be held between 26 and 29 October. Stability maintenance personnel — a state apparatus of surveillance and control to prevent dissent — have reportedly intercepted petitioners and dissidents, or have placed them under surveillance or house arrest. Petitioners often travel to Beijing during key meetings of the CPC in an attempt to express their grievances to high-level officials, making them key targets of stability maintenance operations. Elsewhere in China, a human rights lawyer was taken away by authorities on 22 October and was held under Residential Surveillance at a Designated Location (RSDL) for the second time this year. Earlier, the lawyer posted a video on YouTube alleging that he had been tortured during his detention in January (Chinese Human Rights Defenders, 26 October). The lawyer had previously been detained under RSDL between 12 and 21 January in relation to his participation in a private civic meeting in Xiamen held in December 2019. Four other human rights lawyers were taken into police custody following the meeting, including three who were placed under RSDL.

In Hong Kong, pro-establishment groups protested against the renewal of the terms of office for four pro-democracy lawmakers. The lawmakers had previously been barred from running in the now-postponed elections for alleged violations of the National Security Law. Their terms have since been extended after the current term of the Legislative Council has been extended by a year. However, protesters called for the government to review the eligibility of the lawmakers to continue serving their term, and asked for the lawmakers to resign.

Separately, pro-democracy district councilors and activists held small-scale protests during the week to express support for the pro-democracy demonstrations in Thailand. The demonstrations in Thailand have been noted for sharing similar protest strategies and symbols with the mass pro-democracy rallies in Hong Kong last year. Both protest movements called for greater democratic reform within their respective governments. The “Five Demands” hand gesture popularized during the pro-democracy movement in Hong Kong last year has been paralleled by the three-finger salute in Thailand’s demonstrations. Similarly, demonstrators wore helmets and held umbrellas to protect themselves from tear gas and water cannons. Thai protesters have also adopted the “Be Water” protest tactic from the Hong Kong movement, which uses a more mobile form of protest to make it difficult for the police to predict their movements (HKFP, 19 October; DW, 23 October).

Similar demonstrations in support of the pro-democracy movement in Thailand were held in Taiwan. On 18 October, Thai student activists held a demonstration in Taipei to condemn the Thai government’s crackdown on protesters at a mass rally held in Bangkok on 16 October  (Taipei Times, 24 October 2020). One of the student activists splashed blue paint on her hair to express solidarity with protesters in Thailand, who have been sprayed with blue dyed water by Thai police to disrupt the protests. Support for the pro-democracy movement in Thailand has also been expressed online by activists from Hong Kong, Taiwan, and Thailand, using the hashtag “#MilkTeaAlliance.” The hashtag was first coined in April 2020 with reference to the popular drink found in the three regions (South China Morning Post, 25 October 2020).

Separately in Taiwan, pro-unification groups — which favor a Chinese nationalist identity over a distinct Taiwanese identity — protested at the National Communications Commission ahead of a hearing on the license renewal of CtiTV News. The network is regarded by pro-unification groups as one of the few media outlets providing a platform in support of unification with China. During the demonstration, protesters alleged that the government was acting politically to shut down the network. Pro-Taiwan groups, however, claimed that the network is funded by mainland China to propagate “fake news” and “disinformation,” and called for the network’s license to be withdrawn (Taipei Times, 22 October). The event highlights the tension between pro-unification groups and the pro-Taiwan camp on the political status of the island.

In Japan, a number of protests were reported in Fukushima and Tokyo over the Japanese government’s decision to release radioactive water into the sea. The contaminated water was used to cool the fuel cores of the damaged Fukushima Nuclear Plant. The fierce opposition has been headed by fishermen who feel that their livelihoods will be threatened by the action. The fishermen’s strong opposition has forced the government to backtrack, suggesting that a final decision will not be made anytime soon (Japan Today, 24 October 2020). In South Korea, anti-nuclear, environmental, and student groups protested in Seoul and Busan to criticize Japan’s decision to dispense radioactive water into the sea (The Korea Times, 21 October 2020). If it goes ahead, the action could have long term consequences on the environment and human health. The environmental organization Greenpeace warns that releasing the contaminated water into the ocean could potentially cause genetic damage to human DNA (CNN, 24 October 2020).

In South Korea, a protest over transport of materials into a military base in Seongju turned violent as police tried to disperse demonstrators. Residents and civic activists tied themselves to a ladder-like structure to block vehicles entering the village (Yonhap News Agency, 22 October 2020). The demonstrators believed the shipments will be used to upgrade the Terminal High Altitude Area Defense (THAAD) anti-missile defense system. Protests on this issue have intensified in Seongju following the deployment of the THAAD system in May 2020.

Lastly, in Japan, opposition to Prime Minister Suga’s refusal to confirm the six nominated candidates to the Science Council intensified last week with numerous protests across the country. The largest of these was a gathering of 900 people outside the Prime Minister’s office, which combined the Science Council issue with more common demands such as preserving the constitution (Shimbun Akahata, 20 October 2020). Discontent on this issue has been growing over the past few weeks. More than 380 civic groups have come out against Suga’s action, which is being viewed as an attack on academic freedom (Asahi Shimbun, 15 October 2020). In addition to the street protests, opposition parties are expected to question the prime minister in parliament over this decision during the fall parliamentary session.