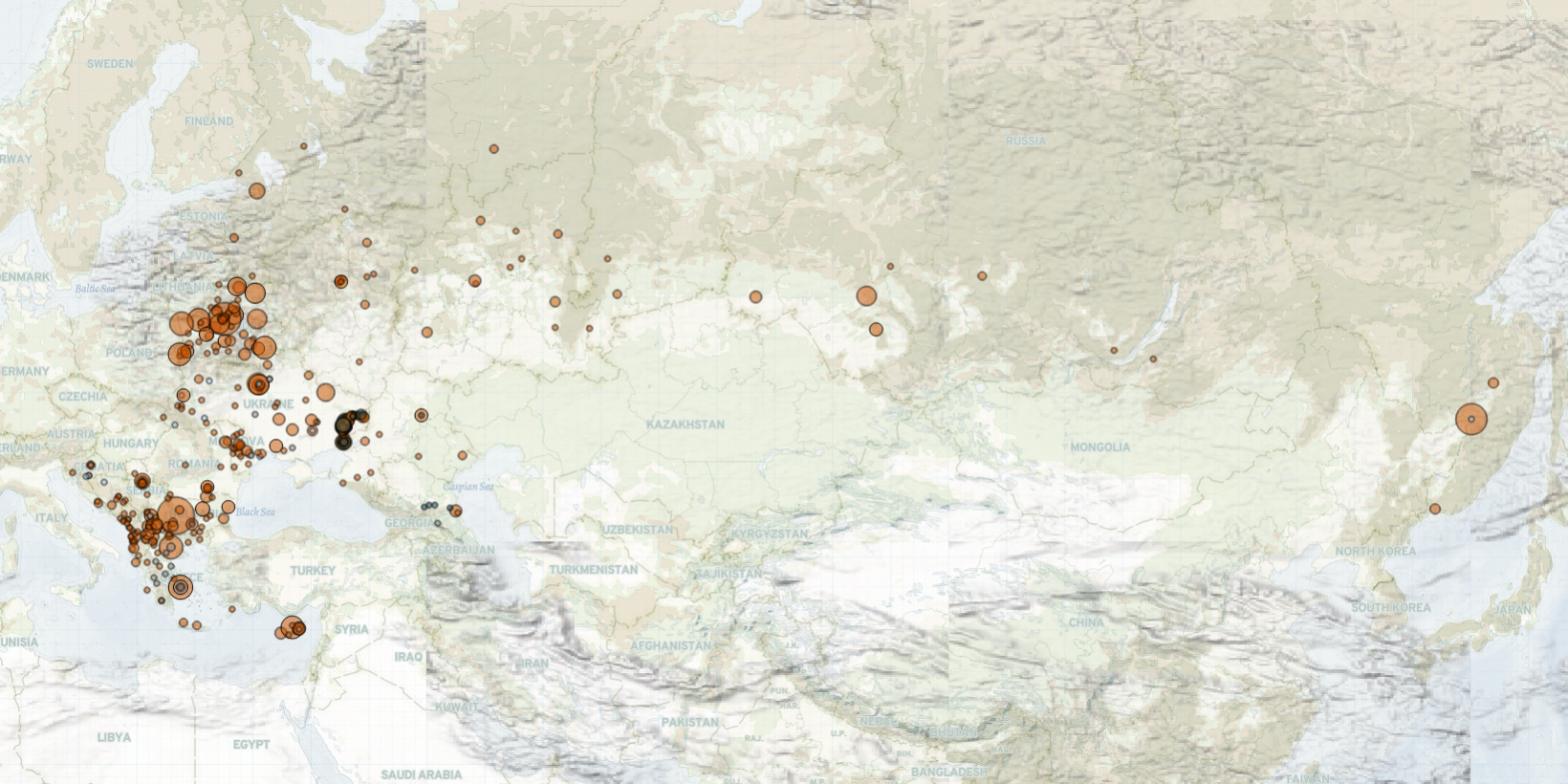 Last week, demonstration activity across Eastern Europe continued at low levels. Large demonstrations against the regime of Alexander Lukashenko continued in Belarus, though neither the government nor the demonstrators have indicated a shift in demands or in resolve. Political violence surrounding 25 October local elections in Ukraine increased slightly. Demonstrations in Russia in support of jailed former-governor of Khabarovsk Sergei Furgal continued despite worsening weather conditions. Tensions between Greece and Turkey over territory in the Aegean Sea increased as Turkish vessels operated in territory claimed by Greece.

In Belarus, thousands of people demonstrated in Minsk on 18 October, demanding new elections, the release of political prisoners, and the cessation of violence by the state (RFE/RL, 18 October 2020). Police used tear gas, stun grenades, and shot rubber bullets in the air. Demonstrations against Alexander Lukashenko by pensioners took place on 19 October and were followed by demonstrations by people with disabilities and by women on 23 and 24 October, respectively (RFE/RL, 19 October 2020, 23 October 2020, 24 October 2020). Lukashenko did not comply with the opposition demand to step down or face a national strike, indicating that there will likely be increased political activity by and state pressure against workers in coming weeks.

In Ukraine, political violence involving political parties slightly increased leading up to the local elections held on 25 October. The results for the local elections have not yet been counted. Turnout is down compared to previous elections, likely due to increasing disillusionment with the governing parties’ failure to combat corruption and the appointment of individuals linked to corrupt previous governments to key posts (Ukrayinska Pravda, 25 October 2020). In the Donbas region, fighting between Ukrainian government forces and Russian-led separatists remained at very low levels. There were 30 armed clashes and 25 shelling incidents; no fatalities were reported.

In Russia, the Khabarovsk demonstrations in support of imprisoned former-governor of Khabarovsk Sergei Furgal, who his supporters claim was detained for political reasons, continued for the 106th day in Khabarovsk. The demonstrations decreased in size, likely due to recent snowfall, overall fatigue, and a lack of change in the status of Furgal (MBK Media, 24 October 2020; Dvnovosti, 24 October 2020).

Lastly, in Greece, Greek Navy vessels created a blockade around the Greek island of Kastellorizo against Turkish military vessels accompanying the Oruc Reis seismic survey vessel. The Oruc Reis was re-deployed by Turkey to search for gas and oil in the Aegean Sea in territory claimed by both Greece and Turkey. Turkey announced that the vessel will remain in the area for another two months, increasing chances of regional political and military tensions for at least that period of time (Ekathimerini, 21 October 2020, 23 October 2020).