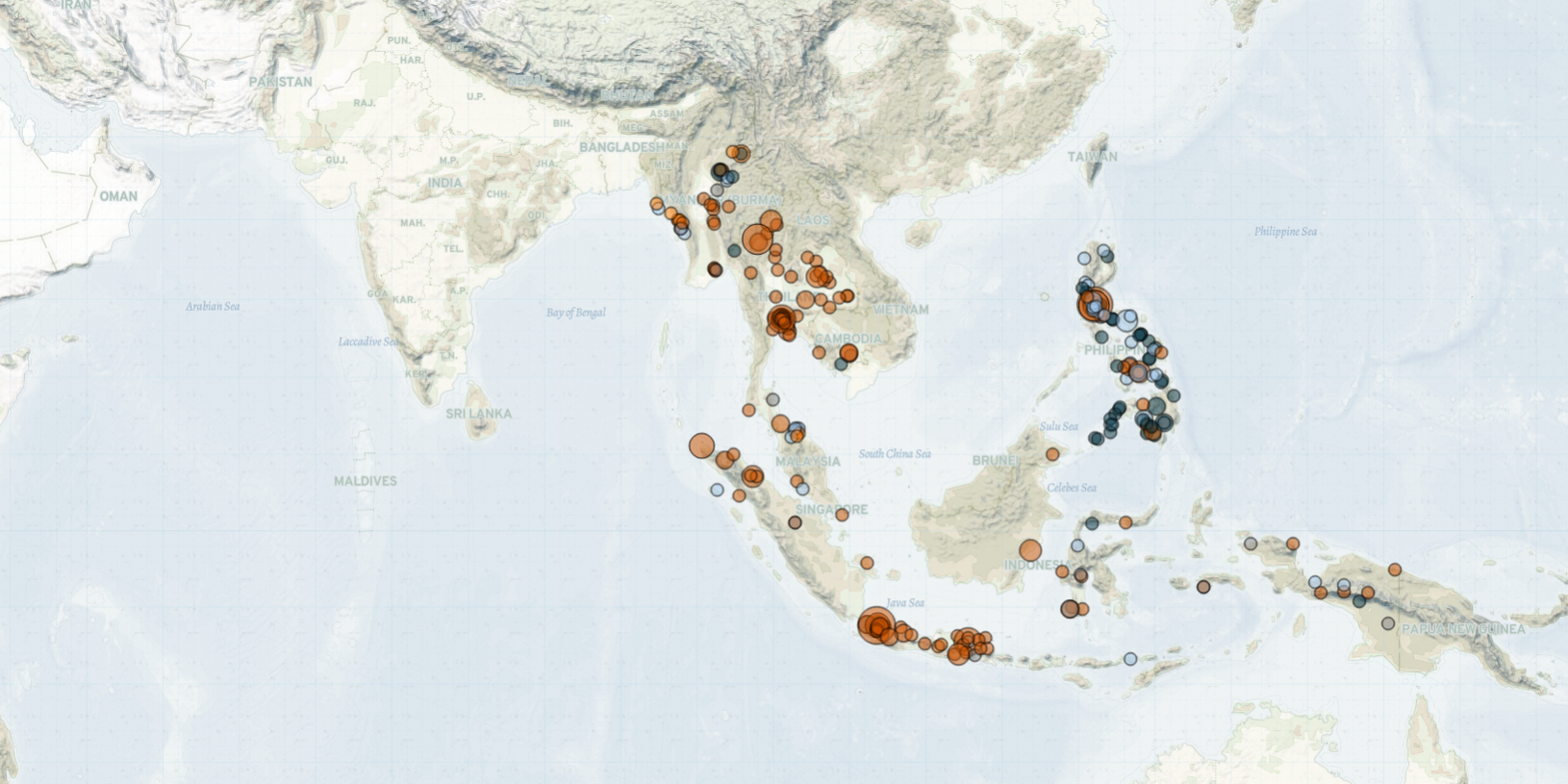 Last week in Southeast Asia, violence linked to tensions between rebel groups and state forces were reported in both Myanmar and the Philippines. In Myanmar, Kayin rebels clashed with the military in Kayin state. Meanwhile, fighting has ceased in Rakhine state for almost four consecutive weeks, but newly-returned IDPs were reportedly displaced following the sound of gunfire by the Myanmar military in Rathedaung township. In the Philippines, the police killing of two peace consultants of the communist National Democratic Front (NDF) was strongly condemned by human rights groups. There was also a notable attack by Islamist groups on a police station in Maguindanao, allegedly targeting the town’s chief of police. Elsewhere, in Indonesia and Thailand, demonstrations continued, albeit at a lower frequency compared to previous weeks. Protests in Indonesia continue to revolve around support for Papuan independence and opposition to the return of the leader of the Islamic Defenders Front (FPI). Meanwhile, anti-government protests in Thailand targeted both the monarchy and the prime minister.

In Myanmar, fighting between the military and the Karen National Union/Karen National Liberation Army (KNU/KNLA), a signatory of the 2015 Nationwide Ceasefire Agreement (NCA), was reported in Kayin state. This comes as the KNU/KNLA issued a statement asking the military to remove its bases from areas controlled by the rebel group by the end of the year (Eleven Media Group, 2 December 2020). In its statement, the KNU/KNLA also expressed dissatisfaction over the military’s failure to implement the terms of the NCA. The continued presence of Myanmar military bases in areas controlled by the KNU/KNLA has been a long-standing issue of contention between the two groups, as both the KNU/KNLA and local residents consider the military’s proximity a threat to peace (Karen News, 4 December 2020). In July of this year, thousands of Kayin people took to the streets to demand the Myanmar military withdraw its troops from Hpapun district after soldiers killed a Kayin woman (AFP, 28 July 2020).

Elsewhere in Myanmar, no clashes were reported in Rakhine state for nearly four consecutive weeks. Last week, the United League of Arakan/Arakan Army (ULA/AA) revealed that its leaders had held an online meeting with Myanmar military leaders on 25 November. Among the matters discussed during the meeting were the holding of elections in townships where polling for the 8 November general elections had been cancelled, and sustaining the “mutual trust that [has] been built” (Radio Free Asia, 2 December 2020). In light of the easing of tensions between the military and the ULA/AA, thousands of IDPs have returned home for the harvest season (Mizzima, 24 November 2020). However, some recently-returned IDPs in Rathedaung township fled their villages once more after Myanmar military troops fired guns near their homes last week (Development Media Group, 4 December 2020). While no clashes or casualties were reported from the shootings, the gunfire raised fears among villagers of renewed fighting in the area.

In the Philippines, two high-profile events involving the communist New People’s Army (NPA) were reported last week, though there was a decrease in clashes between state forces and the rebel group. The first involved the killing of two elderly peace consultants of the National Democratic Front (NDF) (the political arm of the Communist Party of the Philippines [CPP]). Police claimed that a shootout ensued when the couple resisted arrest during a pre-dawn operation on 25 November. However, the peace consultants’ families and human rights groups, such as Karapatan, strongly dispute this account and liken the incident to the extrajudicial killings of the drug war (Karapatan, 5 December 2020; Philippine Daily Inquirer, 1 December 2020). The couple, who had retired from active service due to old age, were sickly and unlikely to have been able to engage in a firefight. Three days after the shooting, an NPA medic, who was also the daughter of a leftist Bayan Muna congresswoman, was killed during a clash with the military. These events come as the concluding session of a series of senate hearings on red-tagging – the labelling of individuals or organizations as communists – was held on 1 December. While the hearings were meant to look into the issue of red-tagging, especially by the military, leftist lawmakers criticize the hearings as yet another platform for more red-tagging (Philippine Daily Inquirer, 1 December 2020).

Separately, Islamist groups Bangsamoro Islamic Freedom Fighters (BIFF) and Dawlah Islamiyah launched a considerable attack on a police station in Datu Piang town, Maguindanao. About 50 Islamist fighters exchanged gunfire with state forces and set fire to a police vehicle before firing shots near the town center. The police believe that the target of the battle, which did not have any casualties, was the town’s police chief (ABS-CBN, 5 December 2020). Subsequently, the police chief of Datu Piang town was relieved of his duties in order to ease tensions between local authorities and Islamist rebels (Philstar, 7 December 2020).

In Indonesia, there was an increase in protests in support of Papuan independence as people gathered on 1 December to commemorate the province’s self-proclaimed independence day. The former Dutch rulers of West Papua recognized the province’s independence in 1961; yet, in 1962, the Indonesian government took control of the province. A separatist movement has prevailed in the region since. It was reported that protests in solidarity with West Papua were also held across several countries in the Pacific, including in Fiji, Vanuatu, Papua New Guinea, Australia, and New Zealand (Suara Papua, 1 December 2020; RNZ, 1 December 2020). A protest at the Indonesian consulate in Melbourne, Australia was dispersed by officials after protesters displayed the Morning Star flag—the West Papuan flag that has been banned by the Indonesian government (Evening Report NZ, 6 December 2020).

Relatedly, the exiled leader of the United Liberation Movement for West Papua (ULMWP), Benny Wenda, declared on 1 December that he had been appointed as the “interim president” of a provisional “government-in-waiting” for West Papua (The Guardian, 1 December 2020). Wenda made the declaration from the United Kingdom, where he is based. However, this declaration was rejected by locally-based rebel groups including the West Papua National Committee (KNPB) and the West Papua National Liberation Army (TPNPB). Both groups expressed concern that Wenda’s declaration would undermine the unity of the Papuan people as it had failed to take into consideration the democratic will of the people (Suara Papua, 3 December 2020; AsiaNews.it, 5 December 2020).

Meanwhile, demonstrations against the controversial leader of the hardline Islamic Defenders Front (FPI), Muhammad Rizieq Shihab, decreased last week. The decrease comes as Rizieq publicly apologized for the mass gatherings that took place last month because of his return (Tempo, 2 December 2020). Additionally, following initial threats to go ahead with their annual 2 December mass gathering – also known as the 212 reunion – despite coronavirus concerns, the FPI held the gathering online (Tempo, 2 December 2020). Protests against Rizieq in recent weeks have partly been aimed at his failure to adhere to coronavirus restrictions.

Lastly, in Thailand, anti-government demonstrations continued to be relatively muted, though yet another mass protest targeting the monarchy was held last week. Thousands of protesters marched to the barracks of the 11th Infantry Regiment, which is one of two army units controlled directly by King Maha Vajiralongkorn (The Guardian, 29 November 2020). Protesters reiterated their call for monarchy reform and opposed the palace having its own military force.

Meanwhile, the constitutional court acquitted Prime Minister Prayut Chan-o-cha in a conflict of interest lawsuit over his occupation of a military residence after his retirement in 2014 (Benar News, 2 December 2020). If the court had found Prayut guilty of the complaint – which was brought by the opposition Pheu Thai party – he would have been disqualified from holding the position of Prime Minister. Anti-government protesters, who have also been calling for Prayut’s resignation as one of their three demands, gathered at the court to denounce the decision, which they consider biased.