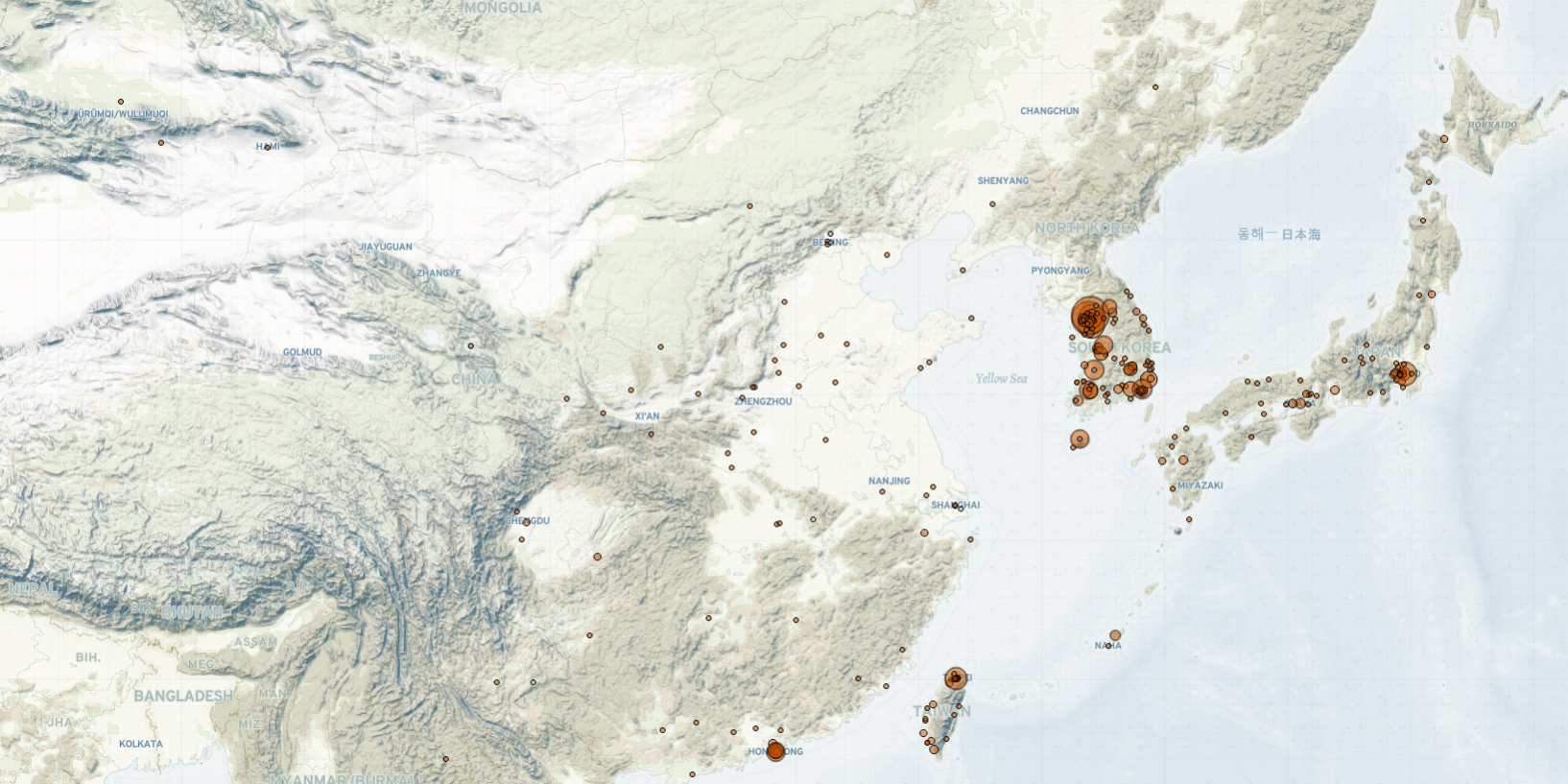 Last week in East Asia, Hong Kong’s Apple Daily founder, Jimmy Lai, was charged under the new National Security Law. In Taiwan, supporters of a Pingtung MP held a demonstration in solidarity with the legislator, who has been on a hunger strike while detained in custody over corruption allegations. In South Korea, demonstrations were triggered by a controversial bill that paves the way for the creation of a new anti-corruption agency. In Japan, anti-war protests were held nationwide to mark the anniversary of the start of the Pacific War. Lastly, in Mongolia, police arrested protesters who gathered to oppose the appointment of new members to the National Council of the Mongolian National Broadcaster.

In Hong Kong, prominent pro-democracy figure and Apple Daily founder, Jimmy Lai, was charged with foreign collusion offenses under the National Security Law, making him the most high-profile figure to be charged under this law (CNN, 11 December 2020). Under the charges, the vocal critic of the Chinese government now faces possible life imprisonment if found guilty. This event follows previous charges brought against Jimmy Lai earlier this year. In August, the pro-democracy advocate was first detained by authorities under the National Security Law after hundreds of police stormed the newsroom of the pro-democracy Apply Daily newspaper to conduct an hours-long raid (The Guardian, 10 August 2020). The charges came amid a worsening crackdown on the pro-democracy movement in recent months. Relatedly, eight pro-democracy political figures were arrested last week for organizing and taking part in an unauthorized assembly. The charges stem from two large public rallies held on 30 June and 1 July (HKFP, 8 December 2020). Separately, eight other people were arrested for unlawful assembly and inciting secession in relation to a protest march staged at a university campus last month (The Standard, 7 December 2020).

In Taiwan, close to 1,000 Pingtung residents staged a demonstration in support of their MP, who is currently detained for allegedly accepting bribes (Liberty Times, 11 December 2020). The legislator has been on a hunger strike since 1 December in protest over the corruption allegations. His detention was linked to a high-profile corruption probe in August after police conducted raids on the offices of lawmakers suspected of receiving bribes. Five legislators across different parties were indicted in the case, with the Pingtung legislator being accused of taking the highest bribe (Taipei Times, 2 August 2020).

In South Korea, lawmakers from the ruling party passed a revised bill that will diminish the top prosecutor’s power and pave the way for the creation of a new anti-corruption agency. The bill passed through the National Assembly despite a series of demonstrations held against the motion by the main opposition party, the People Power Party (PPP) (Korea JoongAng Daily, 8 December 2020). Despite the PPP-led demonstrations, local civic organizations supported the government’s drive to reform the prosecution. Supporters staged a demonstration in their own district public prosecutor’s office. These developments evolved from large-scale protests that polarized South Korea after the Justice Minister Cho Kuk took office in late 2019, with progressive forces supporting prosecution reform and conservative forces opposing it.

Also, in South Korea, the release of a notorious child rapist after 12 years in prison sparked widespread public outrage and demonstrations (Korea JoongAng Daily, 13 December 2020). Although the government has taken steps to tackle sex crimes – including passing a law to disclose personal information of sex offenders – many believe that courts often give lenient sentences for sex crimes.

In Japan, anti-military and anti-war protesters held rallies at several places nationwide to remind the government and the public of Japan’s commitment to not wage war following the end of World War II. Though these protests are not uncommon, this slight increase in frequency occurred last week as 8 December marks the anniversary of the start of World War II in the Pacific (Mainichi Shimbun, 9 December 2020).

Lastly, in Mongolia, police arrested demonstrators, including a journalist, who allegedly violated the strict lockdown restrictions enforced by the government to curb the spread of COVID-19 (News.mn, 10 December 2020). Journalists and employees from the state-funded Mongolian National Broadcaster (MNB) gathered to protest against the appointment of new members to the National Council of the MNB. The protesters claimed that the new appointees would fail to protect the editorial independence of the group. For the past few months, journalists and employees have demanded reforms and revealed wrongdoings within the group.