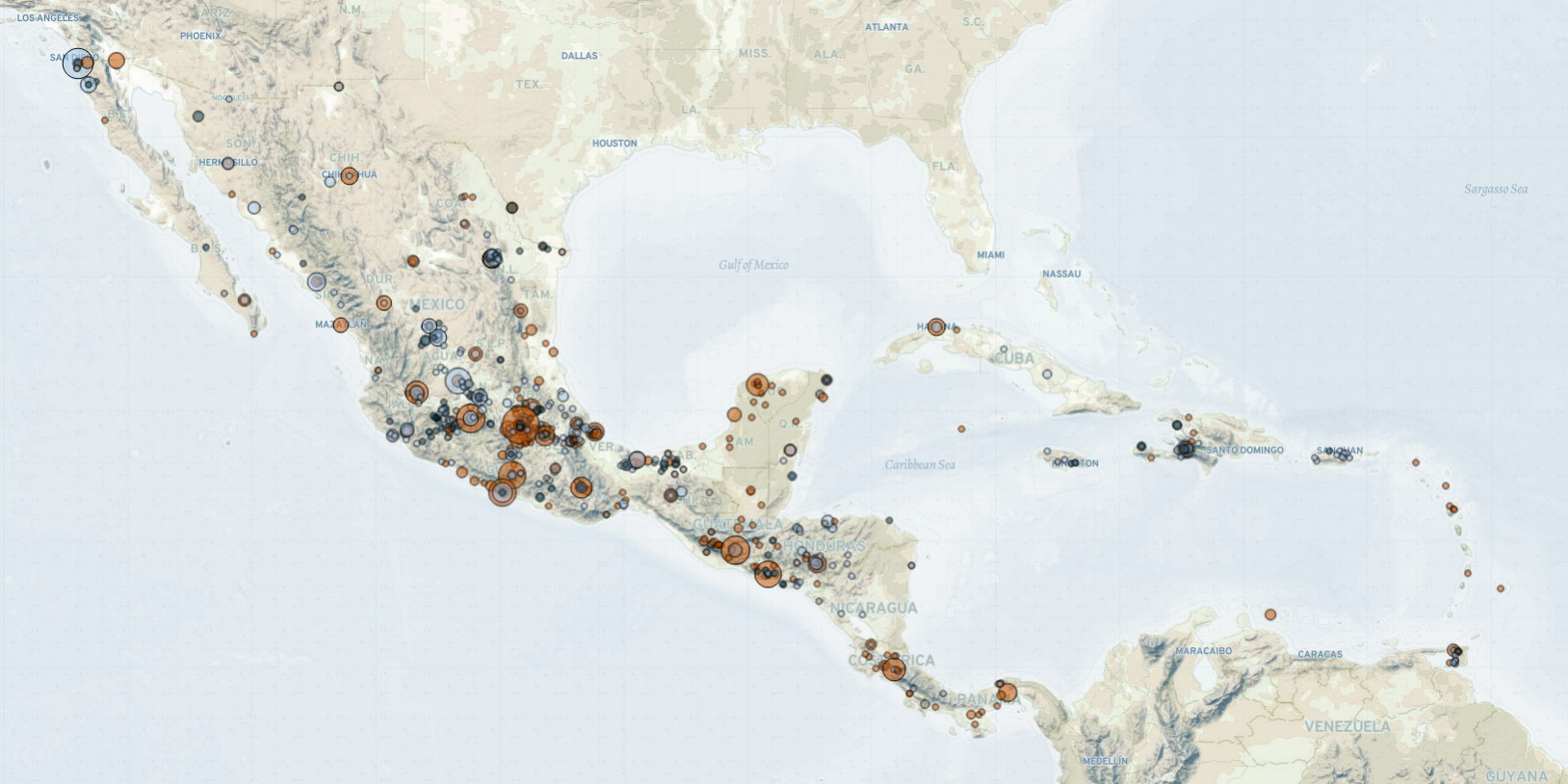 Last week in Mexico, Central America, and the Caribbean, journalists and political activists continued to be the targets of attacks. In Nicaragua, a member of the Mayangna indigenous community was killed by a local militia, while police attacked a human rights activist advocating for indigenous rights. In Mexico, a journalist investigating a homicide was killed by armed men while taking pictures of dead bodies. In Haiti and Guatemala, anti-government demonstrations continued. In Haiti, kidnappings and gang activities sparked unrest amidst suspicions of collusion between gangs and members of the government. In Guatemala, protests continued across the country following accusations of government corruption after the announcement of the 2021 budget.

In Nicaragua, attacks perpetrated by the police and armed militias against members of indigenous communities were reported last week. In the Jinotega region, a member of the Mayangna indigenous group was killed by a local militia in what is thought to be an attack related to a land-grabbing conflict. Similarly, police officers arrested and beat a human rights activist and Miskito indigenous leader in the Costa Caribe Norte region. In the past, the activist had denounced attacks against members of indigenous communities perpetrated by land-grabbing local militias with the support of the government. In recent years, attacks over land have been increasing, as settlers seek to expand their farming and illegal logging activities. The government of Daniel Ortega has been accused of siding with corporate interests (Mongabay, 4 May 2020; The Guardian, 29 April 2020). In 2020 to date, ACLED records the killing of at least 14 members of the Mayangnan and Miskito indigenous groups in Nicaragua.

In Mexico, journalists continue to be the victims of targeted attacks. On 9 December, the director of the digital media Prensa Libre MX was killed by armed men in the state of Zacatecas after refusing to hand over pictures of dead bodies. The photographed victims were killed by the same individuals who attacked the journalist. Reporters continue to be threatened and targeted for investigating government corruption or organized crime. In 2020, ACLED records the killing of at least 15 journalists, making Mexico the second most dangerous country for reporters according to the Press Emblem Campaign (Press Emblem Campaign, 10 December 2020).

Meanwhile, in Haiti, insecurity and the proliferation of gangs continue to trigger anti-government demonstrations. On Human Rights Day on 10 December, thousands of people demonstrated in Gonaives following the recent string of kidnappings perpetrated by organized armed groups for ransom in the country.  In Port-au-Prince, demonstrators set up flaming barricades and clashed with police officers. Demonstrators denounced the lack of action taken by the government to reduce insecurity and to curb gang activities. They further accused members of the government of collusion with gangs in order to increase the ruling elite’s political power in certain areas of Port-au-Prince and to repress government opponents (Washington Post, 3 December 2020). This follows the US government’s decision to impose sanctions on two former officials of the Moise administration and Jimmy Cherizier, a former police officer and current leader of the G9 gang alliance. It is suspected that these three personalities were involved in a gang-led attack in the La Saline neighborhood, known as a stronghold of government opposition in Port-au-Prince (Le Nouvelliste, 11 December 2020).

Amidst mounting pressure to tackle criminality, the President issued two decrees expanding the definition of terrorism and creating the National Intelligence Agency (ANI) —  a new body managing information on national security and under the direct control of the President. Civil society actors fear that these decrees will consolidate executive power and will be used to further crackdown on opposition (Le Nouvelliste, 4 December 2020, Le Nouvelliste, 10 December 2020).

In Guatemala, anti-government demonstrations, initially sparked by the approval of the controversial 2021 National Budget, continued for the fourth consecutive week. The 2021 budget, described as centered around private interests, was overwhelmingly rejected by demonstrators who denounced cuts in the social sector and collusion between the government and interest groups (France24, 9 December 2020). Despite the suspension of the budget on 23 November and the president’s call for dialogue, widespread mobilization of indigenous groups was reported in the province of Totonicapan on International Anti-Corruption Day on 9 December. Demonstrators set up roadblocks to demand the resignation of the deputies who approved the budget, along with President Giammattei and his cabinet, amidst accusations of corruption. Indigenous communities further denounced the lack of representation of their interests in state institutions, despite making up over 40% of the country’s population (Infobae, 27 November 2020).

Protests continued throughout the week in Guatemala City as well, with demands centered around police violence. Demonstrators demand the dismissal of the Minister of Interior and the head of the police following the excessive use of force during demonstrations that took place on 21 and 28 November, resulting in the partial loss of sight of two people (Telesur, 15 December 2020).