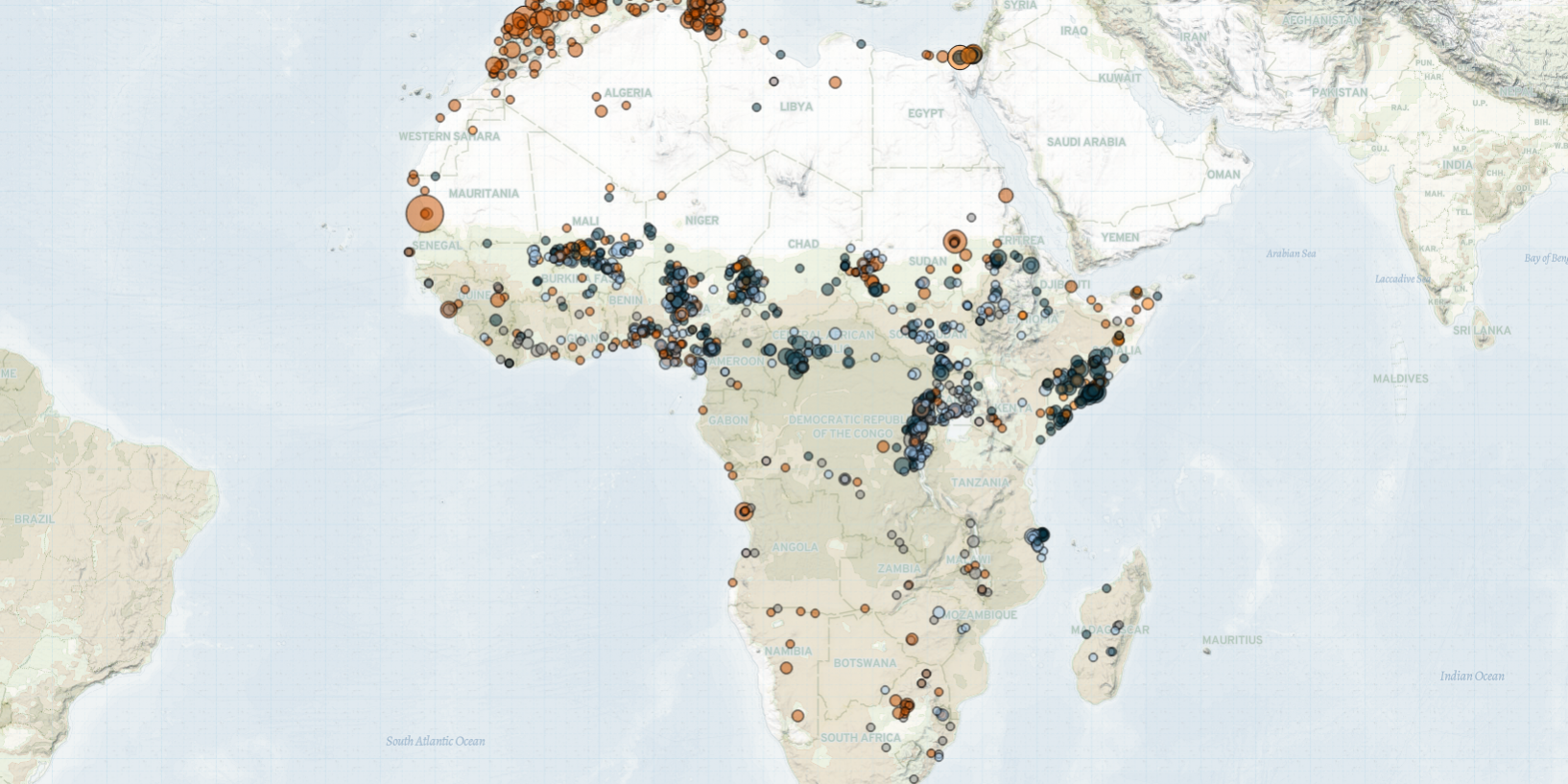 During the last four weeks in Africa, rebel groups launched major operations in the Central African Republic; intercommunal violence continued to proliferate throughout Ethiopia; and Islamic State militants carried out the deadliest attacks against a Nigerien civilian population in recent years.

In the Central African Republic (CAR), major rebel groups merged command structures during an offensive to disrupt national elections held on 27 December. The newly-formed Coalition of Patriots for Change (CPC) launched attacks on state and United Nations peacekeeping forces (MINUSCA), as well as targeting election infrastructure and political parties. The government accused former President Francois Bozize of being behind the violence (BBC, 20 December 2020). Bozize, who returned to CAR in 2019, following years of exile, was banned from running for president by the constitutional court and is currently subject to an international arrest warrant and UN sanctions (Al Jazeera, 3 December 2020).

The violence had a significant spill over into neighbouring countries, including rebel operations and mass displacement. The United Nations High Commissioner for Refugees (UNHCR) reported that over 30,000 people were displaced into neighboring countries as a result of the violence (UNHCR, 8 January 2021). In addition to civilian cross-border movements, more than a hundred CAR soldiers fled across the border into Cameroon. The ‘Return, Reclamation and Rehabilitation’ (RRR) armed group also launched cross-border operations into Cameroon, kidnapping three gendarmes from Ngoui village in the Adamaoua region.

In the Democratic Republic of Congo (DRC), attacks by the Allied Democratic Forces (ADF) and a series of clashes with DRC military forces (FARDC) have resulted in large numbers of dead in the North Kivu territory of Beni. Fifty bodies were found after fighting concluded in the town of Loselose near Mwenda, where the FARDC had launched an offensive in response to the ADF’s occupation of the village. An earlier attack by the ADF on Tingwe village, near Eringeti, also left dozens of civilians dead. Meanwhile, two days of clashes between ADF fighters and the FARDC at Kifrere village, in the Ruwenzori area, resulted in heavy casualties.

In Uganda, police continued to suppress opposition campaigning ahead of elections on the 14th of January. Police have regularly targeted opposition Forum for Democratic Change (FDC) and National Unity Platform (NUP) campaigns with teargas and other methods of dispersal, along with arrests. In one case, police fired live ammunition at a security vehicle assigned to FDC presidential candidate Patrick Oboi Amuriat, while his convoy was en route to a rally in Mahyoro in Kitagwenda district. Meanwhile, journalists were subject to arrest and violent attacks by police while covering opposition campaigns in Kampala, Nebbi, and near Lwengo. Clashes between supporters of the ruling National Resistance Movement (NRM) and supporters of opposition parties were also reported.

In Mali, five French soldiers were killed across two separate IED attacks in the Menaka region and the Douentza cercle of the Mopti region. A further suicide bombing targeting French soldiers in the Douentza cercle resulted in six injuries. The attacks came amid a concerted airstrike campaign by French forces in Douentza. During one such strike, near the village of Bounti, French forces were accused of hitting a wedding and inflicting heavy civilian casualties. The French government denied those claims, instead asserting that the strikes hit only jihadi targets (AP, 10 January 2021). Meanwhile, heavy militant losses were reported during clashes between Islamic State in the Greater Sahara (ISGS) and the Al Qaeda-affiliated Jama’ah Nusrat al-Islam wal-Muslimin (JNIM) in the Tombouctou region.

In Niger, twin attacks by suspected ISGS militants on the Djerma-majority villages of Tchoma Bangou and Zerma Dare, in the Tillaberi region, left more than a hundred civilians dead. They were the deadliest attacks to target a civilian population in recent years. The attacks were seemingly connected to intercommunal tension in the area, having followed the recent killings of Fulani civilians by Djerma ethnic militias in those villages.

A separate discussion of the ongoing conflict in Mozambique can be found in the Cabo Ligado project.