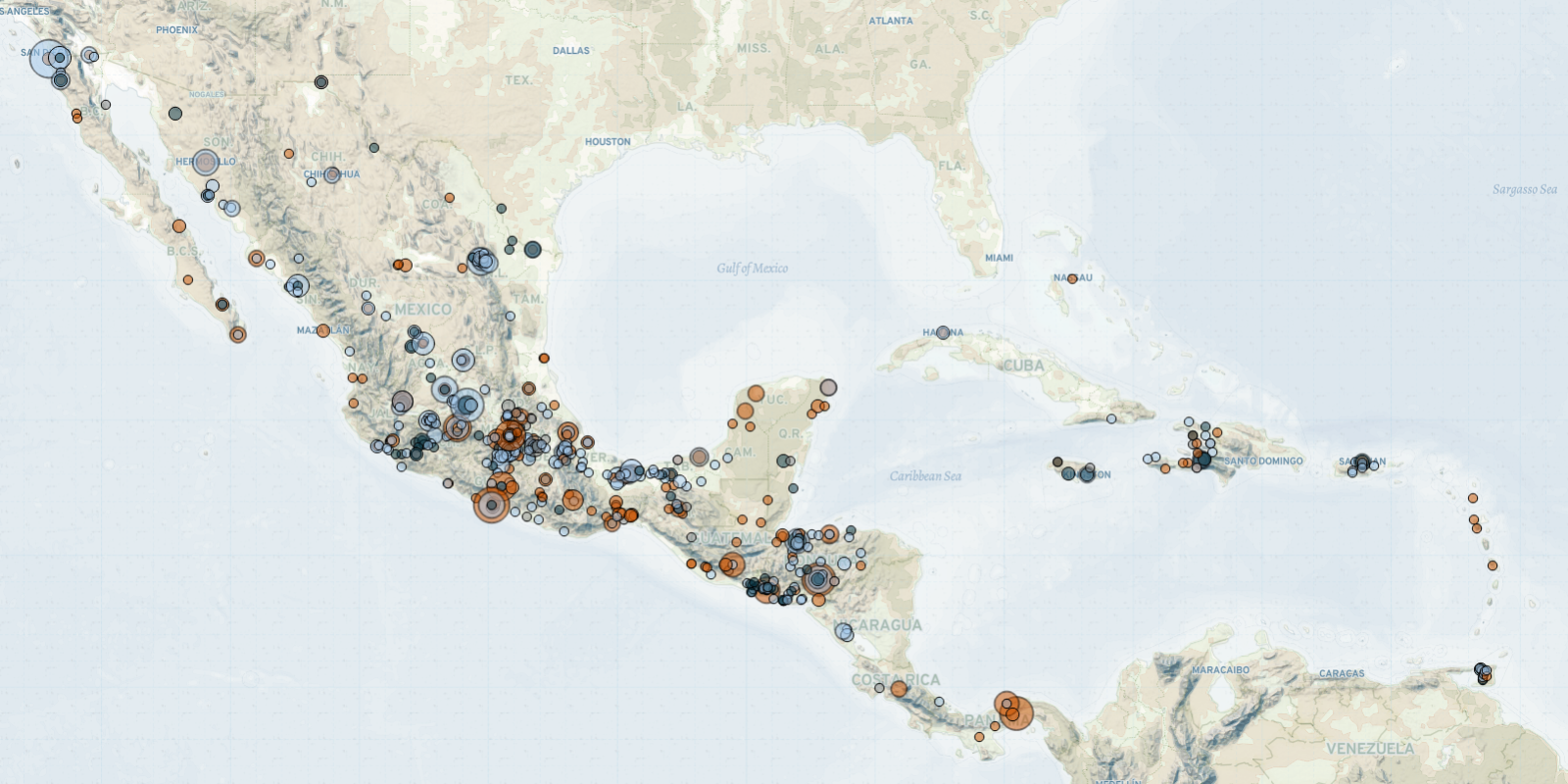 Despite an overall decrease in violence against civilians last week, gang activities continued to claim lives in Mexico, Central America, and the Caribbean. In Mexico, gang disputes intensified in the state of Michoacan and Guanajuato, resulting in a number of fatalities. Amidst clashes between gangs, attacks against politicians continued in Mexico as well, with the attack of two candidates running for mayor. In Honduras, attacks perpetrated by gangs continued to increase with killings targeting alleged extortionists and criminals. Across the region, demonstration events remained low. In Haiti, a new wave of anti-government demonstrations was triggered by disagreements over the electoral calendar. In Mexico, demonstrations related to the pandemic increased, with businesses demanding the resumption of economic activities following new lockdown measures.

Territorial disputes between cartels continued to claim lives last week in Mexico. In the state of Michoacan, at least 16 people died in two different clashes between the Jalisco New Generation Cartel (CJNG) and alleged members of the United Cartels (CU) — an alliance of cartels and organized crime group cells seeking to recover territories held by the CJNG (Infobae, 27 July 2020). Members of a local militia also clashed with the CJNG in an effort to push back the cartel’s incursion in the area. By some accounts, gangs have been financing self-defense groups in the area to fight the CJNG. The governor of Michoacan recently declared that so-called self-defense groups were criminals in disguise (Proceso, 11 January 2021). In August 2020, reports circulated about the forceful recruitment of teenagers to participate in clashes (El Blog del Narco, 1 August 2020). The state of Michoacan has been highly disputed by organized crime groups given its strategic position on drug trafficking routes (Insight Crime, 11 June 2020).

Similarly, in the neighboring state of Guanajuato, the intensity of gang violence increased compared to the previous week. In the last two weeks, the number of fatalities has doubled compared to the beginning of December 2020. In Santa Rosa de Lima, eight members of the CJNG and a law enforcement officer died in a clash. Meanwhile, in Celaya, members of the Santa Rosa de Lima Cartel killed four people, set a house on fire, and left a threatening message addressed to the CJNG. The oil-rich state of Guanajuato has been long disputed by the Santa Rosa de Lima Cartel and the CJNG for control of oil trafficking, a lucrative source of revenue, among other criminal activities (Infobae, 14 January 2021).

In addition to clashes, the targeting of politicians ahead of the June 2021 federal elections continues unabated. In the state of Mexico, a candidate running for mayor was shot and injured by two armed men in Teotihuacan de Arista. In Guanajuato, a candidate of the National Action Party (PAN) was shot and killed by three armed men in Juventino Rosas. In Guanajuato, in the six months leading up to the July 2018 federal elections, at least 11 attacks against politicians have occurred in Guanajuato. Direct attacks targeting politicians and government representatives tend to rise ahead of elections as gangs seek to influence election results through the killing and intimidation of candidates standing against their activities (Deutsche Welle, 30 June 2018).

In Honduras, violence targeting civilians increased — doubling last week relative to the beginning of December, with at least 14 attacks reported. This upsurge of violence is most likely connected to gang disputes over the control of drug markets. Although the number of homicides decreased by 18% in 2020, Honduras continues to be classified as the most violent country in Central America with a homicide rate of 35 killings per 100,000 habitants — more than half connected to gang activity (El Heraldo, 29 December 2020). Since January, ACLED records 26 violence against civilian events. Notably, in over 42% of these events, the perpetrators left a message next to their victims’ bodies in which they denounced the involvement of the victim in extortion or criminal activities. Recently, extortion has been stepping up amidst the coronavirus pandemic as gangs look for additional sources of revenue. However, perpetrators are often unpunished, forcing local residents to flee (UNHCR, 17 December 2020). The repeated targeting of extortionists or gang members in attacks suggests the possible participation of vigilante groups motivated by crippling insecurity and impunity (Swissinfo, 14 January 2021).

In Haiti, demonstrations spiked last week. In seven of the ten departments, demonstrators called for the end of President Jovenel Moise’s mandate. Moise was elected in 2016 after the first round of elections were held in 2015, yet suspended for fraud. He took office for his five year mandate in February 2017. Following the announcement of the next general election scheduled for 19 September 2021, opposition members expressed their disagreement with the electoral calendar, claiming that the mandate of the president began in 2016 and thus should end on 7 February 2021. In contrast, members of the government claim that the president’s mandate began in 2017 and should therefore end in 2022 (Europa Press, 16 January 2021). This new wave of demonstrations takes place against a backdrop of general discontent towards insecurity as attacks and kidnapping perpetrated by gangs in alleged collusion with the state has been on the rise.

Finally, in Mexico, the number of coronavirus-related demonstrations almost tripled compared to levels recorded during the first week of January. Restaurant workers organized pot-banging protests in Ciudad de Mexico and the state of Mexico, demanding they be allowed to resume their activities to avoid bankruptcy. Since the beginning of the pandemic, more than 120,000 restaurants have closed (El Economista, 16 January 2021). Moreover, in Puebla, merchants detained a group of police officers who were closing down stores. Last week, Mexico reached a record number of coronavirus cases per day (The Associated Press, 16 January 2021). At the national level, 59% of hospital bed capacity has been reached and in six states of the country, including in Ciudad de Mexico; over 70% of hospital beds are occupied by coronavirus patients (Infobae, 15 January 2021).