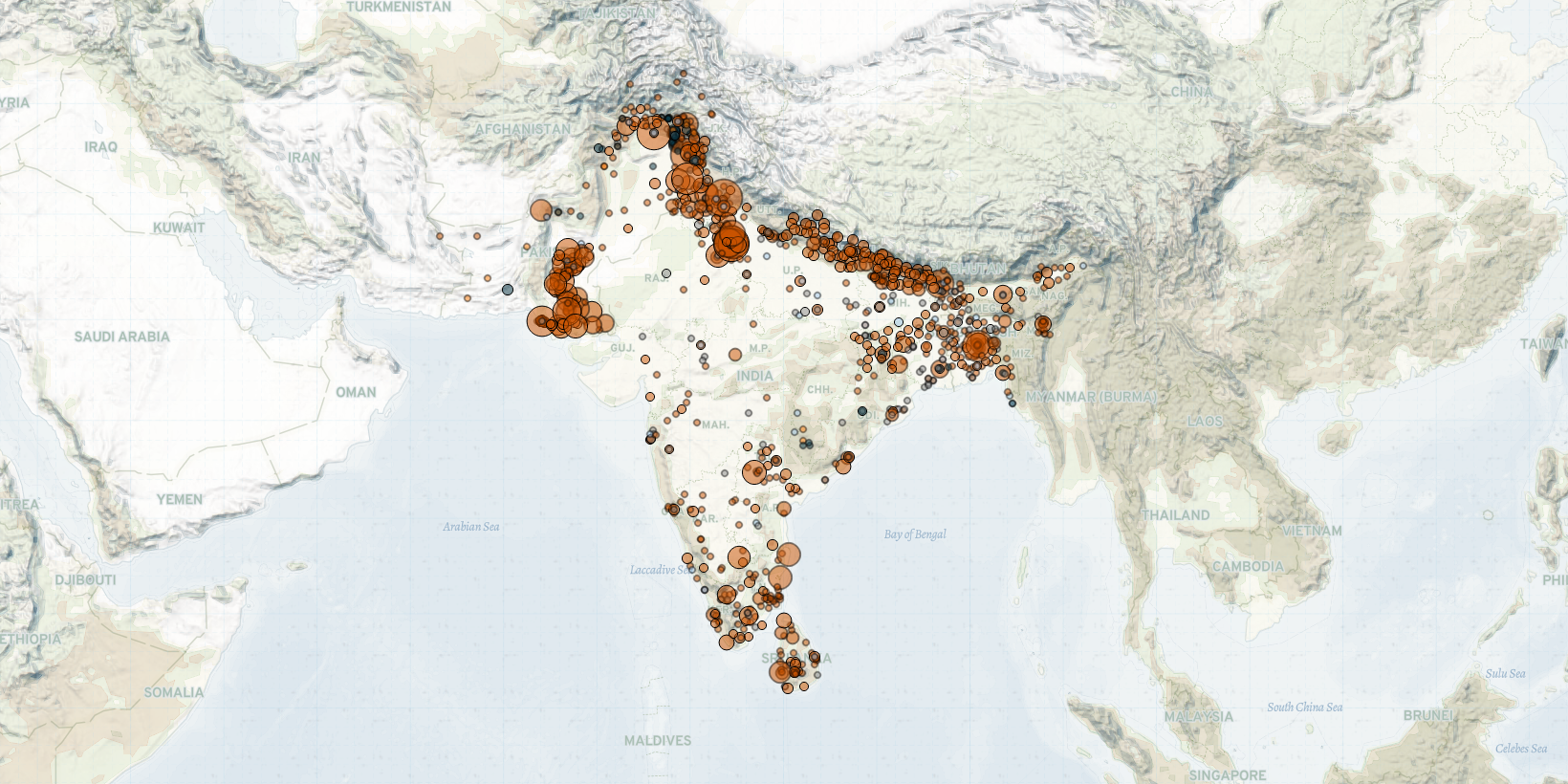 Last week in South Asia, the cross-border exchange of fire between Pakistan and India was on the rise in Jammu and Kashmir (J&K) state. Unidentified militant groups clashed with security forces in Pakistan during security operations and targeted attacks. Naxal-Maoist rebels also attacked security forces in Chhattisgarh state of India. Controversial new farm laws in India were put on hold, while farmers continued calling for a full repeal. In Bangladesh, sporadic violent clashes by political opponents marred the second phase of municipal elections. Lastly, demonstrations in Nepal have increased as various groups oppose the dissolution of parliament.

An uptick in cross-border violence was reported between Pakistani and Indian security forces in J&K, leading to the death of one Pakistani soldier. Pakistan summoned a senior Indian diplomat and accused Indian forces of ceasefire violations after a child sustained injuries as Indian soldiers opened fire in Nezapir sector (Economic Times, 12 January 2021). Meanwhile, Indian Border Security Force (BSF) personnel discovered a tunnel along the International Border (IB) in Hiranagar sector in Kathua district to facilitate the movement of militant groups from Pakistan. Last year, the BSF detected two tunnels in Samba district after militants infiltrated India and were later killed on their way to Kashmir (Tribune India, 13 January 2021). Indian sources also accuse Pakistani Rangers of unprovoked firing on posts and villages in the border outpost area in Hiranagar sector.

In Pakistan, clashes and attacks by unidentified militants were reported in Khyber Pakhtunkhwa (KP) province. Pakistani forces conducted two intelligence-based operations on militant hideous in North Waziristan, where three soldiers and two militants were killed. One of the militants was allegedly an IED expert (Dawn, 19 January 2021). Unidentified militants also attacked a security check-post in the Speenwam area of North Waziristan and killed two soldiers. In another attack, a police officer escorting a polio workers’ team was killed in Karak district. Although Pakistani forces have conducted major operations to clear KP of insurgents in recent years, the Taliban and other Islamist militants are still sporadically active in the province (AP News, 22 February 2020).

In India, Naxal-Maoist rebels launched attacks on security forces and civilians in Chhattisgarh state, while maintaining a low profile in other areas of the Red Corridor. A Maoist commander was killed during an encounter with security forces in Dantewada district of Chhattisgarh. A group of Naxals killed a former government official, suspecting him of being a police informer. Two Chhattisgarh Armed Forces were injured in an IED explosion triggered by Naxals. In Telangana state, security forces recovered around 100 booby traps with metal spikes, close to the border with Chhattisgarh. The traps were presumably installed to target police who have ramped up anti-Maoist operations along the densely forested border with Chhattisgarh to prevent rebels from entering Telangana (The Hindu, 15 January 2021).

In India, apprehension over escalating farmer demonstrations has prompted a change in agricultural reform policies. On 12 January, the Supreme Court suspended the implementation of the controversial agricultural laws passed last year to dismantle the regulated market. Nevertheless, tens of thousands of farmers have continued demonstrating across the country, fearing the Supreme Court and government will not uphold their promise (Foreign Policy, 13 January 2021). While most demonstrations have been peaceful, farmers clashed with police in Punjab state and vandalized a meeting venue for the Chief Minister of Haryana state. Thousands of demonstrators have camped for weeks on the outskirts of the capital and in Punjab state, preventing big retailers like Walmart from opening, which has resulted in a significant loss of profit (Reuters, 14 January, 2021).

The second phase of voting for the municipal elections in Bangladesh was held on 16 January amid sporadic violent incidents and boycotts by opposition parties in some areas. At least four people died in clashes in Chittagong and Khulna districts, most of which resulted from intra-party disagreements within the ruling Awami League (AL). Tens of others were injured during confrontations between rival candidates in various districts. Opposition parties, including the Bangladesh Nationalist Party, boycotted polls in at least five municipalities, accusing the ruling AL of rigging votes (Anadolu Agency, 16 January 2021). Election violence is common in Bangladesh, in particular against political opponents (Voice of America News, 5 January 2019).

Lastly, in Nepal, demonstrations denouncing the dissolution of parliament increased last week. Clashes between demonstrating students, political activists, and police took place in the capital city and in Waling municipality. Demonstrators demand the reinstatement of parliament. Another clash with police ensued when a group of citizens affiliated with the Hindu nationalist Rastriya Prajatantra Party demanded Nepal be declared a Hindu state and for its secular status to be abolished. Demonstrators have accused the government of using force against peaceful protesters (Al Jazeera, 11 January 2021). Meanwhile, the Election Commission has already started preparing for the early midterm election (Nagarik, 19 January 2021). The outlawed splinter faction of the Communist Party of Nepal-Maoist (CPN-M), led by Netra Bikram Chand, called for nationwide protests, beginning on 16 January. Three of its leaders were recently arrested while conducting a political training (GardaWorld, 15 January 2021).