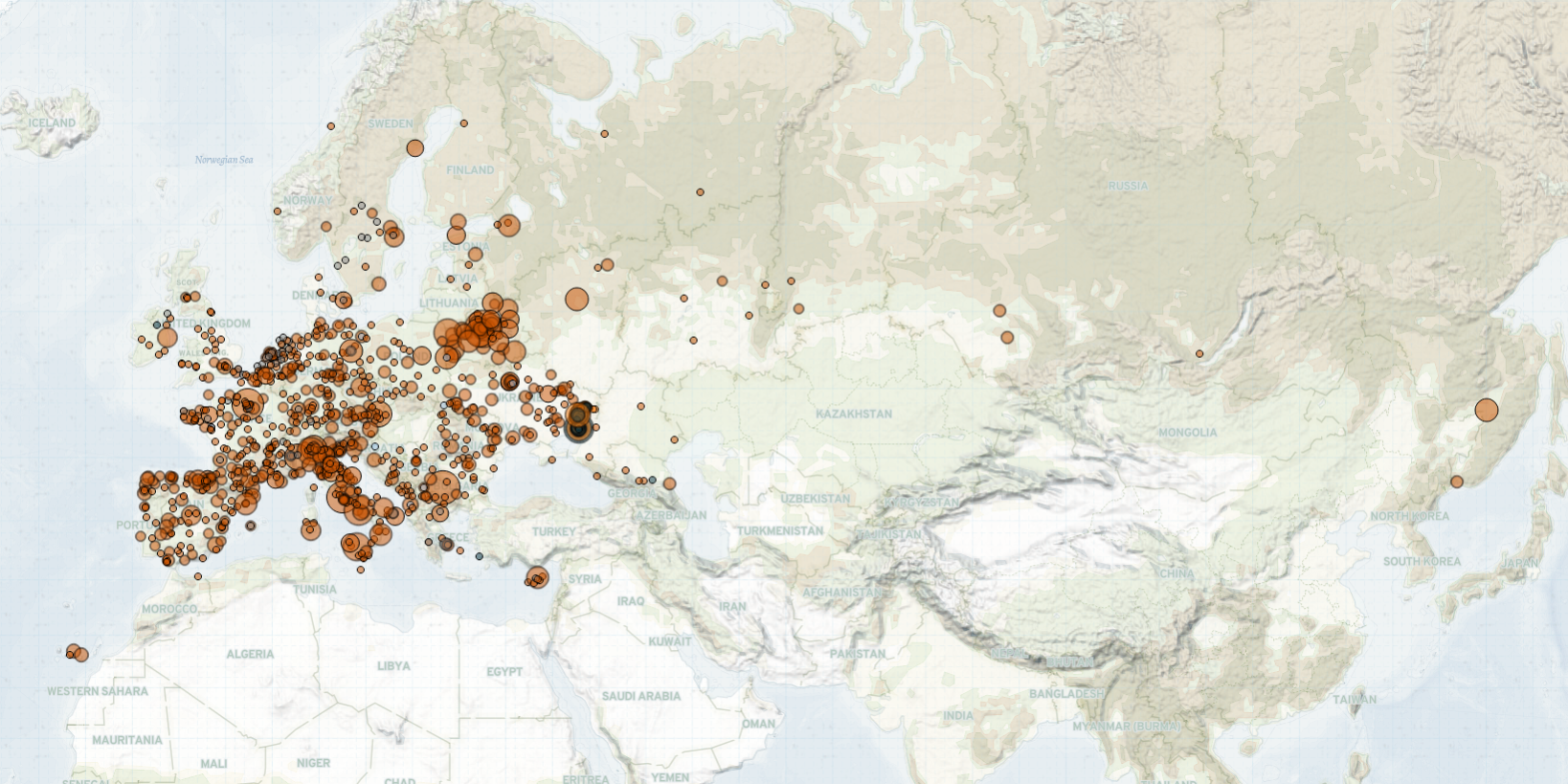 Last week, demonstration activity in Europe remained low. Demonstrations taking place in Belarus were against the regime of Alexander Lukashenko. Russian opposition figure Alexei Navalny was arrested upon his return to Russia after surviving an assassination attempt by the Russian government. Demonstrations against police violence and racism were reported in Belgium, the United Kingdom, and Portugal. Meanwhile, demonstrations relating to coronavirus restrictions took place across Europe.

Meanwhile, in Belarus, hundreds of people took to streets on 9 and 10 January in Minsk and other cities to oppose police violence, to demand new elections, and to call for the release of political prisoners (RFE/RL, 9 January 2021; RFE/RL, 10 January 2021). The demonstrators gathered in small groups, which made it possible to avoid arrests and clashes with security forces. President Lukashenko announced that a session of the All-Belarusian People’s Assembly would take place on 11-12 February, and that proposed constitutional amendments would be introduced through a referendum (TASS, 10 January 2021). This is likely an effort to implement cosmetic reforms to undermine the will of the demonstration movement and decrease pressure on the government of Belarus from external forces, including Russia and Europe.

In Russia, Russian opposition figure Alexei Navalny was arrested on his return to Moscow from Germany, where he had been recovering from an assassination attempt by the Russian Federal Security Service (FSB). Navalny was sentenced to 30 days in prison for violating the terms of his parole in a likely politically motivated case (BBC, 19 January 2020). Navalny called for his supporters to take to the streets in protest. His team’s headquarters released an investigation into President Vladimir Putin’s corruption and his formerly-secret colossal palace. The headquarters then called for protests in support of Navalny across the country on 23 January (RFE/RL, 18 January 2020; Alexei Navalny, 19 January 2020). The release of this investigation, combined with frustration over Navalny’s detention, may spur increased demonstration activity around 23 January.

Meanwhile, demonstrations against police violence and racism were reported across a number of countries. In Belgium, tensions between police and racialized minorities, mostly with a migrant background, reached a new fever pitch with a demonstration turning violent on 13 January in Schaerbeek-Brussels. The demonstration was sparked by the death of a young Black man in police custody under unclear circumstances earlier that week (BRUZZ, 13 January 2021). About 500 demonstrators marched to the police station demanding an explanation, when organizers lost control of some participants (BBC News, 13 January 2021). Vandalism was widely reported; targeting police cars, general street infrastructure, King Philippe’s car traveling through the area, and by setting the police station on fire (BBC News, 13 January 2021). Five officers were wounded and over 100 arrests were carried out. Public outcry over the riot was greater than the initial response to the death of the young Black man. This is indicative of the divide between the general public and those experiencing police violence in Belgium (Politico, 18 January 2021).

In the United Kingdom, hundreds of activists associated with the Black Lives Matter movement, anti-racism campaigners, and protesters rallied for four consecutive days in Cardiff. It was in response to the death of a 24-year-old Black man who died on 9 January, hours after he was released from police custody without charge. The new wave of protests reflect dissatisfaction over the historical record of police brutality and racial injustice against black communities in South Wales.

In Portugal, on 8 January, Marine Le Pen, leader of France’s National Rally party, came to Lisbon to support Andrea Ventura, leader of Enough (Chega), a far-right political party, at his presidential election campaign launch (US News, 8 January 2021). During the following week, anti-racist and anti-fascist protests took place in Lisbon, Serpa, and Castelo Branco to protest against Ventura’s election rally campaigns, adding to the weekly trend of anti-racism demonstrations in Europe.

In Estonia, the right-wing coalition government unexpectedly collapsed following a corruption scandal involving members of the Center Party. The coalition subsequently entered into a new coalition with the liberal Reform Party. Leaders of the right-wing Conservative People’s Party of Estonia (EKRE) claimed the affair was a scheme to eliminate them from government due to their push for a conservative social agenda (AP, 14 January 2021). EKRE had struggled in government due to multiple scandals caused by statements made by its senior members. The Reform Party-Center Party coalition represents a return to more traditional and stable politics in Estonia.

Demonstrations relating to the coronavirus pandemic took place in a number of countries across Europe, including in the United Kingdom, Cyprus, Poland, Bulgaria, Serbia, Croatia, Slovenia, Latvia, the Czech Republic, Romania, Kosovo, Austria, Germany, Czech Republic, Denmark, Norway, Spain, Italy, Greece, and Ukraine.  These demonstrations were largely peaceful and speak to frustration with government response to the pandemic across Europe.

In Spain, the Sare Herritarra network — which supports human rights for prisoners — organized demonstrations on 9 January across Spain, centered in Bilbao. They call on the government to modify the penitentiary dispersion policy applied to former Basque Homeland and Freedom (ETA) prisoners. The ETA was a Basque separatist group that, after 59 years of ‘domestic terrorist activity’, resulting in 800 killed and thousands injured, officially ended armed conflict in 2011, and disbanded in 2018. Convicted former members were dispersed in penitentiaries outside of Basque, and apart from each other within facilities to prevent organization behind bars (AFP, 13 November 2020). The Sare Herritarra believe this dispersion policy is inhumane treatment, and hundreds support the demonstrations. Over the past week, ACLED records a number of demonstration events relating to the dispersion policy that was almost equal to the total number of dispersion policy demonstrations recorded in all of 2020. However, the ending of dispersion is controversial for most of the families of the victims (El Pais, 8 August 2018). They feel it is an unfair concession benefitting a  group that has not fully answered for the impact of their actions on society.

In the Donbas region in Ukraine, fighting between Ukrainian government forces and Russian-led separatists remained at very low levels. There were 45 armed clashes, 44 shelling incidents, and one fatality reported.