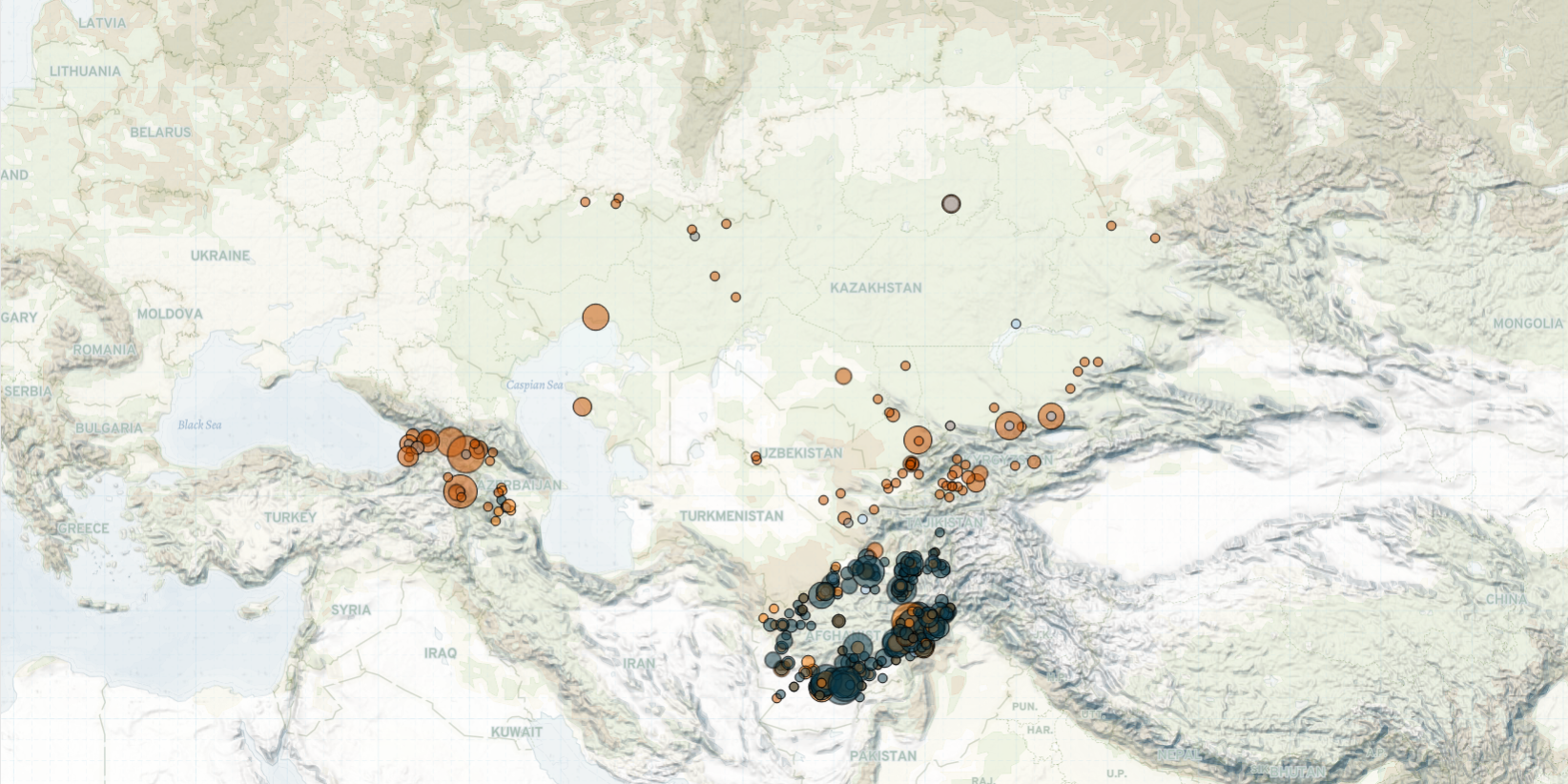 Last week in Central Asia and the Caucasus, fighting between Afghan forces and the Taliban continued, as well as targeted civilian killings by the Islamic State (IS), Taliban, and unidentified groups. The new US administration’s decision to review the US-Taliban deal raises questions about continued US presence in Afghanistan. In the de facto Artsakh Republic (Nagorno-Karabakh), locals expressed their concerns over control by Azerbaijani forces over the roads connecting the region to Armenia. Meanwhile, mine explosions in Artsakh claimed military and civilian lives, similar to past weeks. The opposition in Armenia continues to demand the resignation of Prime Minister Nikol Pashinyan, accusing him of unilaterally signing the agreement ending the 2020 war in Artsakh. In Georgia’s breakaway region of South Ossetia, a number of protests were held related to the killing of Inal Djabiev, who was reportedly tortured and died under detention in August 2020. In Kazakhstan, two ethnic Kazakh refugees from China’s Xinjiang province were attacked by unknown perpetrators.

In Afghanistan,1ACLED is currently conducting a review of sourcing and reporting of the conflict in Afghanistan since mid-2020. Afghan forces carried out lethal air and ground operations in a number of provinces targeting the Taliban, especially in Kandahar province. Meanwhile, the Taliban carried out many deadly attacks against Afghan forces, notably in Archi and the central districts of Kunduz province. In Imam Sahib district of Kunduz province, the Taliban used a commercial drone to bomb an Afghan military base; casualties remain unknown. The group also targeted police forces last week, attacking security posts in Ghazni, Balkh, Paktika, and Nimruz provinces using snipers. There was also an increase in remote violence targeting Afghan forces and civilians. While the Taliban conducted some of these attacks, perpetrators of almost half of these events remained unidentified.

In a separate development, the US has reduced its troops in Afghanistan to around 2,500, the lowest in 19 years, as part of a decision made in November 2020 by the former US administration (AP, 15 January 2021). Meanwhile, the newly appointed National Security Advisor Jake Sullivan stated that the US-Taliban deal will be reviewed to assess the Taliban’s adherence to it (White House, 22 January 2021). While this does not yet indicate a policy change, it raises questions about the US troops’ complete withdrawal. As a presidential candidate, now-President Joe Biden had stated his opposition to a full withdrawal from Afghanistan as troops were still needed to combat IS and Al Qaeda (CBS News, 23 February 2020). While the Taliban has not commented on these developments yet, after the US elections, the group stated they would expect the US-Taliban deal to remain in force without “significant changes” (VOA, 8 November 2020). As the intra-Afghan talks continue in Qatar without an effective outcome, and alongside continued persistent violence in the country, the next steps by the US will be critical for the Taliban’s future actions.

In the de facto Republic of Artsakh, locals stopped a convoy of Azerbaijani trucks escorted by Russian peacekeepers, demanding the peacekeepers use Martakert-Vardenis highway to access Armenia. The highway is an alternative road connecting the northern regions of the de facto Artsakh Republic with Armenia. Most of the road was closed after it came under Azerbaijani control, according to the 9 November agreement ending the 2020 war (Civilnet, 9 December 2020). The locals in the region have concerns that Azerbaijan may close the other road connecting it to Armenia via the Lachin corridor, necessitating alternative access to Armenian soil (Caucasian Knot, 25 January 2021).

In Armenia, the opposition continues to demand the resignation of Prime Minister Nikol Pashinyan, holding a rally with their cars last week in Yerevan. Meanwhile, during a hearing in parliament, the ruling Civil Contract party offered to sign a memorandum on organizing snap elections. However, two opposition parties in the parliament, Prosperous Armenia and Bright Armenia, rejected the offer, insisting on the prime minister’s resignation (RFE/RL, 21 January 2021).

In Tskhinvali, the capital of the de facto Republic of South Ossetia, in Georgia, rare protests related to the killing of Inal Djabiev increased last week. Djabiev was reportedly beaten and killed while in detention in August 2020. He was suspected to be responsible for an assassination attempt targeting the Minister of Internal Affairs of the de facto Republic. Protesters, including the relatives of Djabiev, demand the resignation of the prosecutor general and punishment of the responsible officers. The ongoing demonstrations eventually led a group of officials, including the former presidents of the de facto Republic of South Ossetia, to offer to mediate between the protesters and the de facto government (Caucasian Knot, 16 January 2021). As the crisis continues, the results of this mediation remain to be seen.

Lastly, in Kazakhstan, two ethnic Kazakh activists, who were given refugee status after fleeing from China’s Xinjiang province, were attacked and hospitalized in two separate incidents last week. In one of the incidents, the victim had multiple stab wounds. The perpetrators remain unknown. The activists had been working on exposing China’s repressive policies against Kazakhs and other Turkic minorities. Human rights activists have previously interpreted Kazakhstan’s move to grant refugee status to such activists as an indirect recognition of China’s persecutory policies in Xinjiang (Human Rights Watch, 9 January 2020).