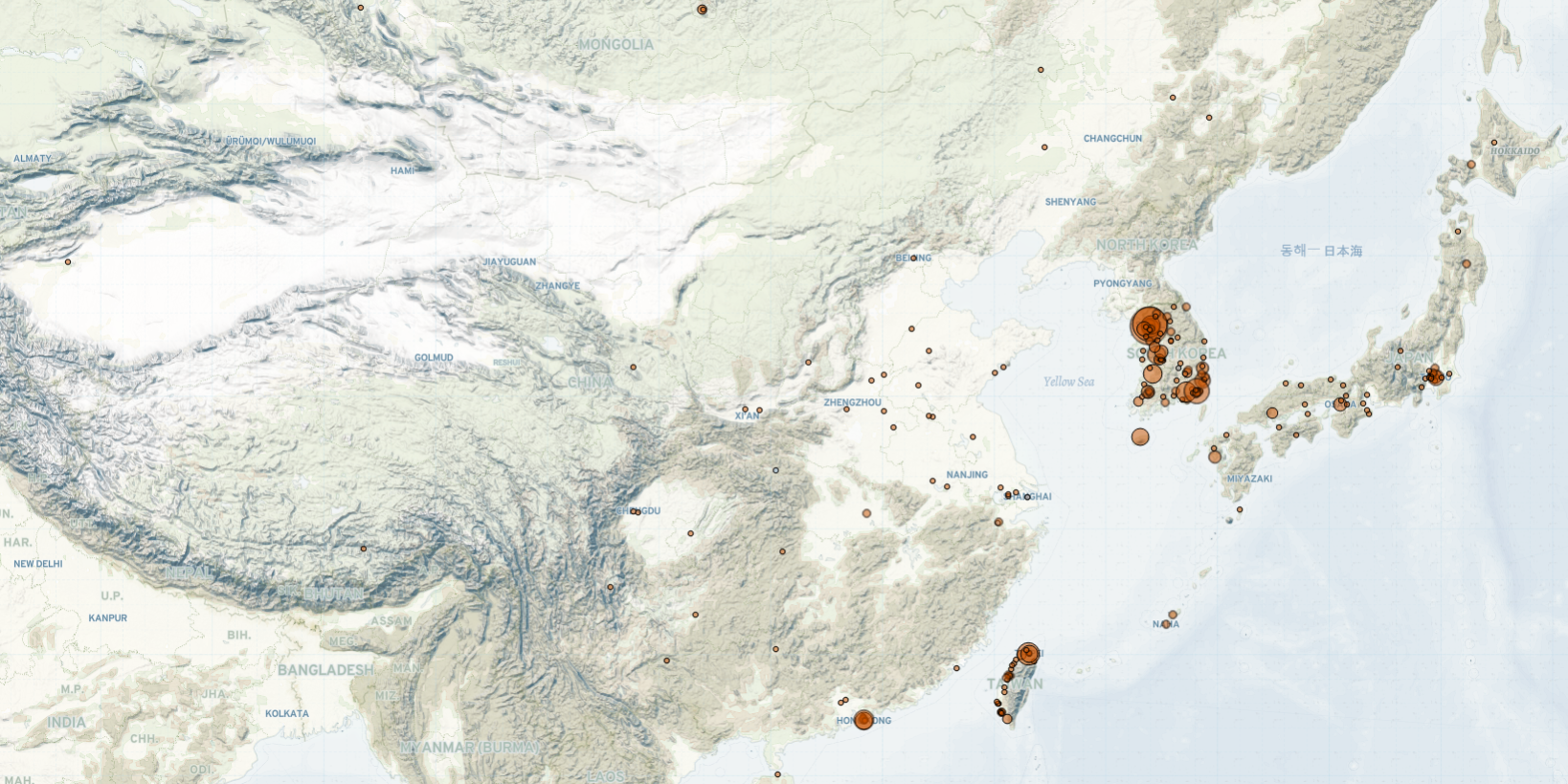 Last week in East Asia, the Prime Minister of Mongolia resigned amid a large protest and public outrage over a hospital’s treatment of a new mother who tested positive for COVID-19. In South Korea, delivery workers, health workers, and small business owners held protests across the country, demanding the government implement concrete coronavirus measures. In Hong Kong, the government introduced tougher COVID-19 restrictions. Lastly, in Japan, anti-nuclear groups took to the streets to demand the government sign the Treaty on the Prohibition of Nuclear Weapons.

In Mongolia, the prime minister and the cabinet resigned following a protest over the ill-treatment of a coronavirus patient. Thousands protested at Sukhbaatar Square in Ulaanbaatar after the release of TV footage showing a new mother being moved to an infectious disease center wearing only a hospital gown and slippers, despite temperatures of minus 25 degrees Celsius (France 24, 21 January 2021). Amid intense public outrage, Prime Minister Khurelsukh offered his resignation the following day and declared that he had to “assume the responsibility upon himself and accept the demand of the public” (The Diplomat, 22 January 2021). This marks the first time a prime minister has offered his resignation since Mongolia adopted a democratic constitution in 1992 (Montsame, 22 January 2021).

Khurelsukh’s decision to resign came as a surprise to many as he had been considered one of the most likely candidates from the ruling Mongolian People’s Party (MPP) to run against the current president in the upcoming elections in June. In a statement to the parliament, Khurelsukh said that he resigned to de-escalate tensions and suggests that the current president might be behind the demonstration that led to his resignation (AP, 22 January 2021). The president, who is a member of the main opposition party, on the other hand, accused the MPP of pushing Khurelsukh out to stop ongoing corruption investigations (AP, 22 January 2021).

In South Korea, nationwide protests were held by unionized delivery workers demanding better working conditions. They condemned logistics companies and the government for a number of recent deaths in the industry caused by overwork amid increased demand for deliveries during the pandemic. Furthermore, they criticized a government-funded consultative body — which has been formed amongst delivery workers, logistics corporations, and consumers to address this issue — for making no meaningful progress. Hence, delivery workers and civil society groups have continued to pressure the government to ensure changes in the working environment, especially in light of the increased workload expected during the Lunar New Year holidays in February. On 21 January, the consultative body reached an agreement on improving working conditions (Korea JoongAng Daily, 21 January 2021). The deal includes the employment of additional staff to sort packages and limits individual workloads to 60 hours a week and 12 hours a day, with restrictions on the number of deliveries made after 9pm. Since the onset of the pandemic, 20 delivery workers have died from overwork (Kiho Ilbo, 19 January 2021).

Also, in South Korea, healthcare workers and small business owners continued to stage protests across major cities in response to the government’s anti-coronavirus measures. Nurses affiliated with the Korean Health and Medical Workers’ Union (KHMWU) demonstrated to urge the government to increase the number of health workers in order to alleviate overburdened essential workers during the pandemic (The Korea Times, 20 January 2021). Representatives of bars and nightlife businesses nationwide also staged a series of protests throughout the week, urging the government to lift restrictions on commercial activities and to provide adequate support for their businesses. In response, the government announced plans to compensate for forced business closures during the pandemic (Yonhap News Agency, 22 January 2021). Despite a recent drop in daily infections, the country has extended its social distancing measures until 31 January (The Korea Herald, 25 January 2021).

In Hong Kong, protest activity remained muted following a resurgence in the number of COVID-19 cases since the start of the year. To curb the spread of the coronavirus, the Hong Kong government has introduced tougher measures in the city. Demonstrations have dwindled to small-scale protests, largely focused on coronavirus-related issues, such as mandatory testing and calls for financial assistance from the government.

Lastly, in Japan, there was an uptick in anti-nuclear protests last week, coinciding with the Treaty on the Prohibition of Nuclear Weapons (TPNW) coming into effect on 22 January. Japan is not yet party to the agreement. Protesters have pushed for Japan’s ratification of the treaty since its drafting. The protesters feel that, given Japan’s unique history as the only country to have been a victim of nuclear weapons, lawmakers have a responsibility to sign and ratify the treaty (Asahi Shimbun, 23 January 2021). However, the issue remains sensitive, as officially, the country is a beneficiary of the US nuclear umbrella. The US has guaranteed to defend Japan’s sovereignty and territorial integrity through the use of nuclear weapons if necessary. Opponents feel that supporting the treaty would jeopardize this protection and make the country more vulnerable to threats from abroad.