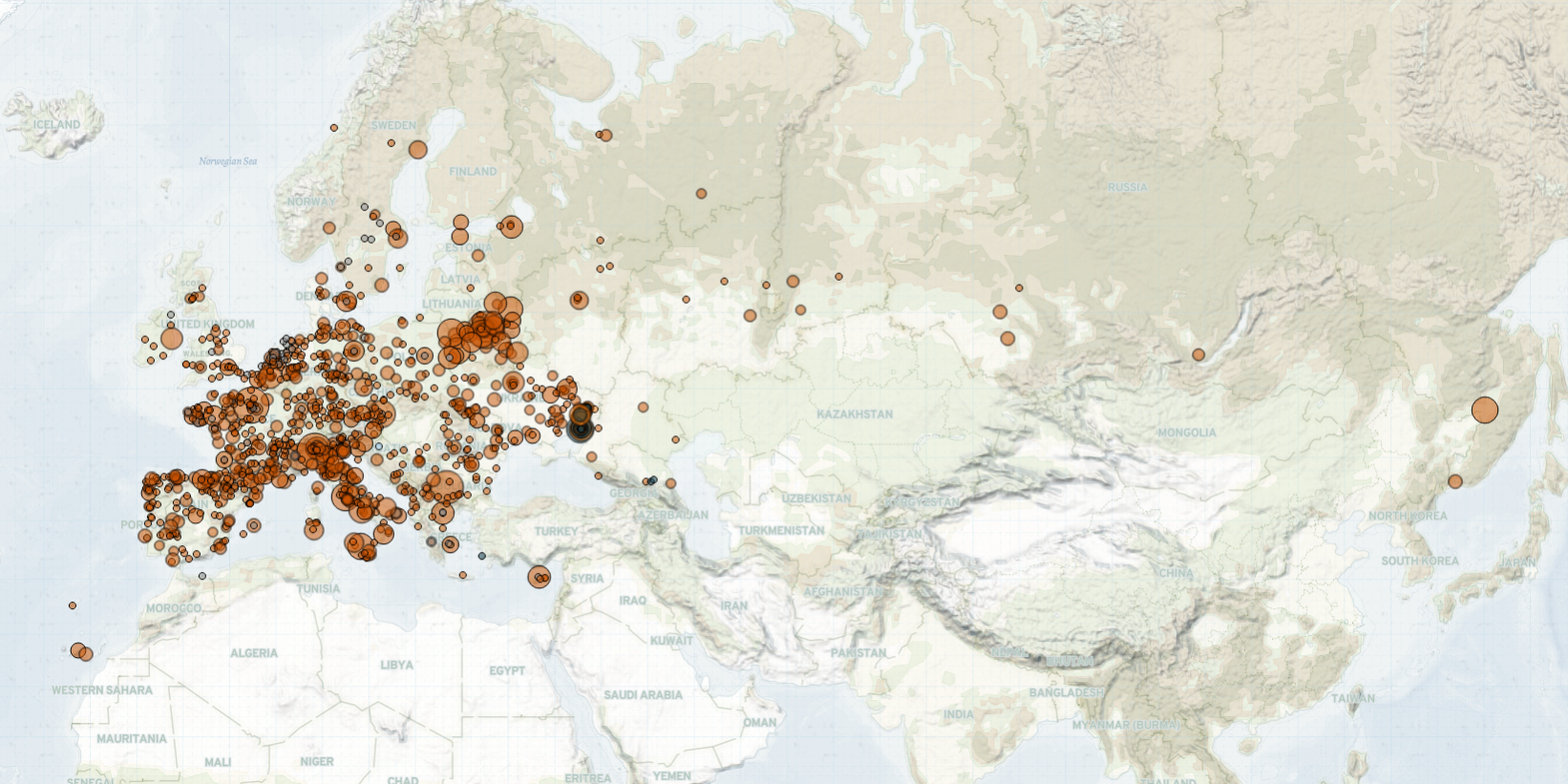 In Belarus and Russia, demonstrations against Presidents Alexander Lukashenko and Vladimir Putin, respectively, and in favor of releasing political prisoners continued. In Belarus, demonstrations called for the resignation of Lukashenko and for the release of political prisoners, particularly the detained blogger Igor Losik. Losik has recently been on hunger strike and was detained ahead of the August elections for allegedly “preparing to disrupt public order” (RFE/RL, 14 January 2021). Lukashenko’s regime came under increased scrutiny after audio was leaked of the deputy interior minister allegedly giving orders to “use unlawful force against peaceful protesters and disregard international law” (Amnesty International, 15 January 2021). Following the leak, and demands from Belarusians and states opposing Lukashenko’s regime, the planned 2021 World Ice Hockey and Pentathlon Championships was withdrawn from Belarus, a serious blow to the increasingly isolated regime (RFE/RL, 22 January 2021).

Ongoing increased coronavirus measures continued to spark demonstrations across Europe. In the United Kingdom, France, Italy, Germany, and Spain, workers from various industries demonstrated over the impact of long-term shutdowns on their livelihoods and to demand greater financial support. Far-right groups demonstrated against coronavirus regulations with demonstrators in multiple countries. They gathered outside the Lord Mayor’s home in Dublin in Ireland, Querdenken supporters demonstrated in Germany, and 10,000 far-right supporters demonstrated in Vienna in Austria (Noen, 16 January 2021). The demonstrations against coronavirus measures were peaceful, except in the Netherlands where tensions rose on 17 January after riot police came to break up a prohibited demonstration. A violent demonstration ensued in Museum Square in Amsterdam with demonstrators clashing with police forces, resulting in the injury of three police horses and the arrest of 143 demonstrators. Other demonstrations against government responses to coronavirus took place in Cyprus, Greece, the Czech Republic, Poland, Sweden, Bulgaria, Ukraine, and Denmark.

In Moldova, opposing groups demonstrated for and against a case brought to the Constitutional Court on 21 January, considering the constitutionality of a law giving status to minority languages in Moldova, primarily Russian (Newsmaker.md, 21 January 2021). The law was dismissed by the court as one that does not adequately address the status of the many minority languages in Moldova, while discriminating against Romanian language speakers.

In Spain, mob violence occurred in Basque when two youth gatherings that broke coronavirus restrictions were responded to by police forces. In the first incident, rioters tipped over containers and set them on fire. In the second, they threw objects at police, injuring five officers; four rioters were detained.  Police forces and politicians have denounced the escalation of violence and riots against law enforcement authorities. Such mob violence has traditionally been uncommon in the region.

In Montenegro, the parliament passed amendments to the controversial Religious Freedom Law, which has dominated the country’s politics for over a year (ACLED, 3 November 2020). The law was heavily criticized by the Serbian Orthodox Church and pro-Serbian parties. The changes repeal provisions that gave the Serbian Orthodox Church more control over their properties in Montenegro (RFE/RL, 20 January 2021). Further demonstrations regarding this bill and issues of identity in Montenegro are likely, though are now relatively subdued due to coronavirus restrictions.

Lastly, in the Donbas region in Ukraine, fighting between Ukrainian government forces and Russian-led separatists remained at very low levels. There were 31 armed clashes, 37 shelling incidents, and one fatality reported.

Yuliia is a Europe Researcher at ACLED with a focus on Ukraine. She holds a master’s degree in Law and has working experience in international human rights organizations and Ukrainian NGOs. Yuliia’s main area of interest is the legal implications of the occupation of Crimea and the armed conflict in Eastern Ukraine.