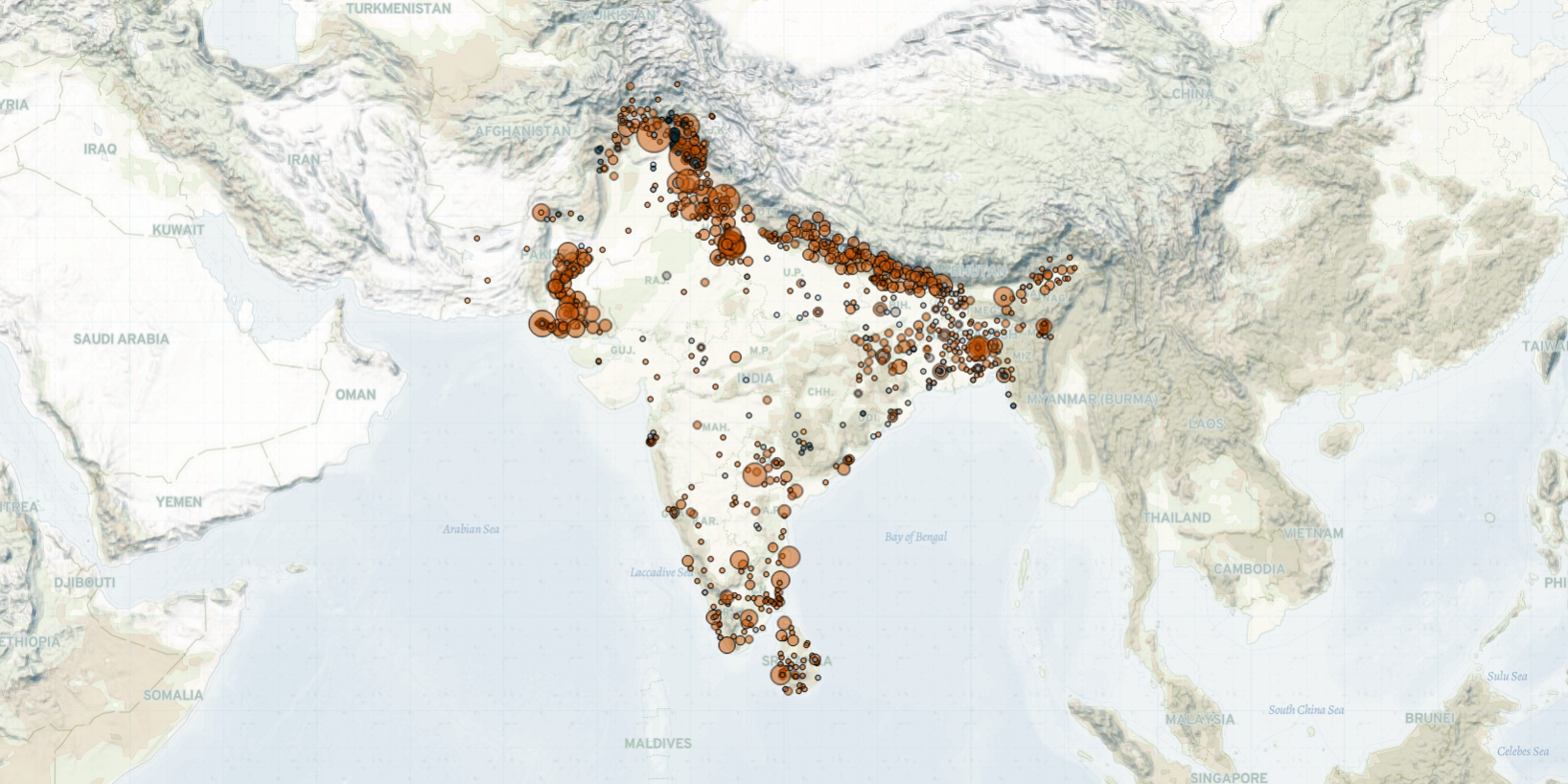 Last week in South Asia, Pakistan ramped up security operations due to increased militant activity in Khyber Pakhtunkhwa province. Cross-border violent incidents between India and Pakistan decreased as Indian forces have concentrated on uncovering areas of infiltration by militants from Pakistan. In India, domestic militancy decreased both in Jammu and Kashmir (J&K) state and in the Red Corridor, mostly due to security operations. Farmer demonstrations in India have continued due to an impasse in negotiations between the government and farmer leaders. In Nepal, demonstrations against the dissolution of parliament have increased and spread throughout the whole country, as the opposition’s demands have not been addressed.

In Pakistan, security operations against militants have intensified in Khyber Pakhtunkhwa province. Three army soldiers and two unidentified militants died in an encounter in North Waziristan district during an intelligence-based operation. During two other operations in South Waziristan and Bajaur district, security forces killed four Tehreek-i-Taliban Pakistan (TTP) militants. According to a statement by the Pakistani authorities, one of the slain militants participated in a recent bomb attack that killed six Pakistani soldiers (Voice of America, 18 January 2021). Additionally, two security force officers and a soldier died after being targeted by militants in North Waziristan and Tank districts. South and North Waziristan districts used to serve as a base for local and foreign militants blamed for “terrorist attacks” both in Pakistan and bordering Afghanistan (Voice of America, 18 January 2021). Despite operations to eliminate militancy in these areas, militants have been regrouping and have recently stepped up attacks on troops in Pakistan’s former tribal regions bordering Afghanistan (Gandhara, 18 January 2021; The Diplomat, 6 November 2020).

Meanwhile, cross-border violence between India and Pakistan decreased last week. There were 14 encounters last week compared to about 20 clashes the previous week. The Indian Army intercepted Jaish-e-Mohammed (JeM) militants upon their entry from Pakistan along the Line of Control (LoC) in Khour sector of J&K, killing three militants. According to Indian sources, Pakistani soldiers reportedly resorted to mortar shelling to distract the Indian forces (Deccan Herald, 20 January 2021). Meanwhile, the Border Security Force (BSF) discovered an underground tunnel near their outpost in Kathua district in J&K. The tunnel was six- to eight-years-old and was allegedly used by militants to infiltrate into India from Pakistan (Hindustan Times, 23 January 2021). This is the second tunnel spotted by the BSF in 10 days. BSF has thus stepped up efforts to detect other tunnels to prevent further infiltration attempts.

In India, domestic militant activity decreased, as fewer attacks and clashes were reported in J&K as well as in the Red Corridor last week. According to Indian officials, the number of active militants in J&K thus far this year has decreased compared to 2020 and 2019, mostly due to successful security operations (The North Lines, 15 January 2021). The majority of militant groups are currently concentrated in the Kashmir Valley. A drop in militancy has also been observed since the District Development Council elections concluded at the end of last year in the state. Similarly, Naxal-Maoist rebels have maintained a low profile in the Red Corridor, except for in Chhattisgarh state. Last week, a Communist Party of India (Maoist) commander and another Maoist militant were killed by police forces during two separate encounters in Chhattisgarh. As the Maoist areas of influence have continued shrinking and security forces have set up new posts in remote areas, the rebels have retreated from some parts of Chhattisgarh, while maintaining a stable presence in others, like the Bastar division (New Indian Express, 1 January 2021).

Additionally, in India, demonstrations against the new agricultural laws have continued, as last week’s negotiations between the government and farmers ended in a stalemate. Farmer leaders rejected the administration’s offer to suspend the new laws for 18 months and demanded a full repeal instead (Bloomberg, 21 January 2021). Last week, police arrested hundreds of peaceful protesters in several states. Members of the Indian National Congress (INC) and representatives of the Other Backward Class (OBC) clashed with police in Jammu city, who attempted to stop their march. Protest leaders claimed that hundreds of thousands would drive tractors through New Delhi on 26 January, the Republic Day national holiday, when the prime minister is expected to join a military parade (Reuters, 22 January 2021).

Lastly, in Nepal, demonstrations against the prime minister’s decision to dissolve parliament have increased, as three former Nepali prime ministers joined tens of thousands of demonstrators in the capital city (Reuters, 22 January 2021). Peaceful protests were held in all district headquarters last week. Police and demonstrators clashed in Rajbiraj municipality, while the former tried to intervene in a demonstration supporting the dissolution of parliament. Demonstrators, including opposition parties and a faction of the ruling Nepal Communist Party (NCP), have started considering a “violent movement,” as their demands to reinstate the parliament have not been met (Kathmandu Post, 22 January 2021). Although they did not specify what the next steps would be, escalation of conflict with security forces and rioting are possible in the coming days.