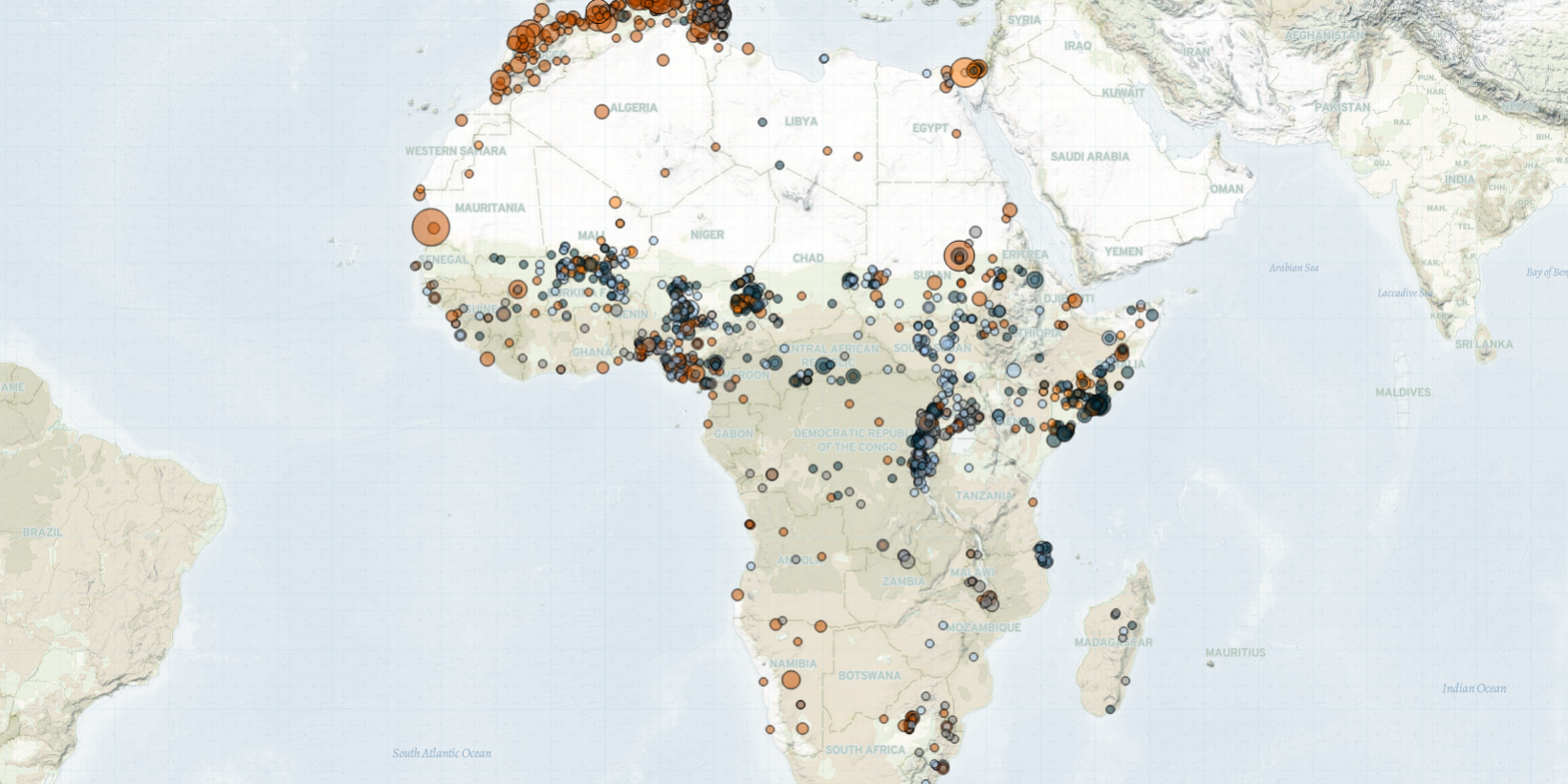 Last week in Africa, Ethiopian, and Sudanese forces exchanged shelling along their contested border; state forces launched offensives against rebels in the Central African Republic, amid calls to end the United Nations weapons embargo; and clashes between Jubaland and Somali federal forces worsened tensions between the Somali and Kenyan governments.

In the Central African Republic, state forces, supported by Russian private security forces and Rwandan special forces, launched offensives against Coalition of Patriots for Change (CPC) rebels encircling the capital, Bangui. Forty-four CPC fighters were killed during a successful operation at Boyali in Ombella M’Poko prefecture. Further government gains were reported at Boda and Danga in Lobaye prefecture. Despite these gains, rebel fighters continue to maintain positions in the areas surrounding Bangui. The ongoing severity of the conflict prompted regional leaders to call for the lifting of a United Nations arms embargo during a meeting of the International Conference on the Great Lakes Region (ICGLR) in Angola (Reuters, 29 January 2021). Over 200,000 people have been displaced since fighting began in December, including more than 100,000 who have fled to neighboring countries (UNHCR, 29 January 2021).

In Mali, Islamist militants targeted state and allied international forces across multiple attacks in Douentza commune, in the Mopti region. Presumed Jama’ah Nusrat al-Islam wal-Muslimin (JNIM) militants attacked the Malian contingent of the G5 Sahel Force at a base in Boulikessi. State forces successfully repelled the attack, with support from French military aircraft. Militants also attacked a Malian National Guard camp in Mondoro and fired mortar shells towards a United Nations peacekeepers (MINUSMA) camp in Douentza. MINUSMA vehicles were also struck by improvised explosive devices (IEDs) at Dallah and near Siguiri. A further IED attack targeted a MINUSMA vehicle in the north-eastern region of Kidal.

In Somalia, ongoing tensions between the Jubaland and federal administrations escalated into deadly confrontations between Jubaland forces and the Somali National Army in Belet Xaawo town, near the border with Kenya. The Somali federal government accused Kenyan forces of directing the attack, and providing training and material support to Jubaland forces (The Africa Report, 29 January 2021). The Kenyan government denied any involvement in the conflict between the Jubaland and Somali federal administrations (VOA, 28 January 2021). The Somali federal government severed official relations with the Kenyan government in December last year, following an official visit to Kenya by the President of Somaliland, Muse Bihi Abdi (Reuters, 15 December 2021).

In Sudan, new outbreaks of inter-ethnic violence were reported along the border of North and South Darfur, in eastern Jebel Marra. Armed members of the Arab community attacked Fur populations at Dobo Umda, Dabaneira, Mara, Rogola, and Hillet El Faki in North Darfur, as well as Faluja in South Darfur. Meanwhile, members of the Abdul Wahid al-Nur Faction of the Sudan Liberation Movement clashed with Arab fighters in Deribat and Kebe in South Darfur. More than 3000 people were reportedly displaced by the violence (Radio Dabanga, 27 January 2021).

Elsewhere, Ethiopian and Sudanese troops launched shelling across the contested border between the Sudanese state of Gedaraf and the Amhara region in Ethiopia. The shelling came amid a wider military build-up in the region (Bloomberg, 28 January 2021), as well as a series of clashes between Sudanese forces and Ethiopian militias operating in the area. In the Sundus area of eastern El Galabat, Sudanese soldiers clashed with an Amhara ethnic militia.