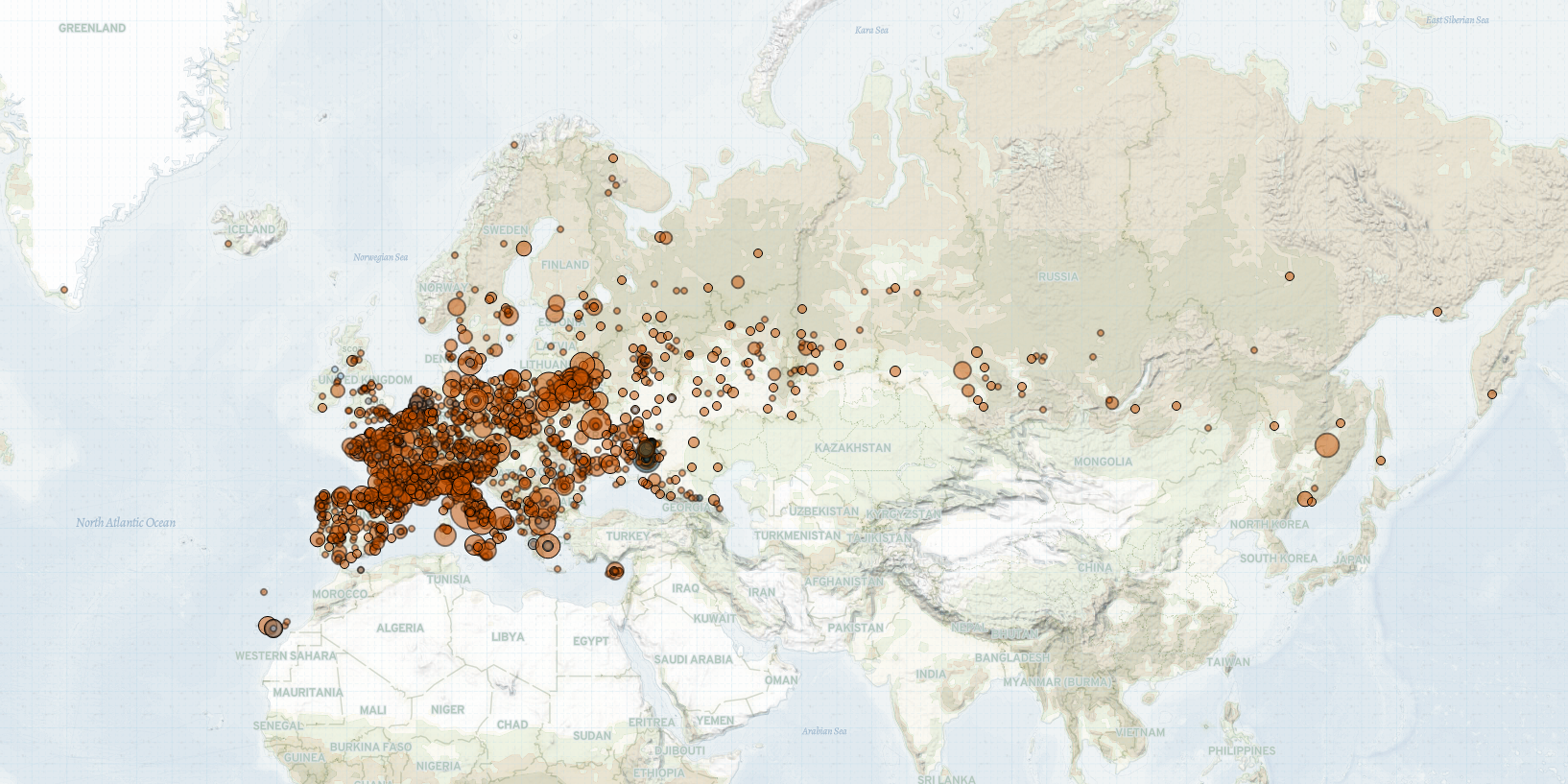 Last week, demonstrations in support of imprisoned opposition leader Alexei Navalny continued across Russia in the face of an increasingly violent regime crackdown. In France, a large demonstration movement against the bioethics bill before the Senate took place. Ongoing demonstrations in relation to the coronavirus pandemic took place in at least twenty-one countries.

In Russia, demonstrations in support of de facto opposition leader Alexei Navalny continued across the country. A wave of demonstrations held on 31 January resulted in over 5,700 detentions (OVD Info, 31 January 2021). Demonstrations following Navalny’s sentencing to two years and eight months in prison sparked another wave of demonstrations, resulting in at least 1,144 detentions. This brings the total number of detentions since the crisis began on January 23 to over 10,000 thus far (OVD Info, 3 February 2021). During these demonstrations, the police employed notably more repressive tactics. These include beating peaceful protesters and accredited journalists with batons en masse, detaining random passersby, and using various taser-like weapons, as well as in some cases less-than-lethal projectile firearms (Meduza, 31 January 2021). Police are reportedly torturing some detainees (Meduza, 3 February 2021). On 9 February, the head of Navalny HQ network called for people to demonstrate on 14 February outside of their homes — rather than in city centers — to avoid further arrests and police brutality (DW, 9 February 2021). Meanwhile, demonstrations were held in Italy and Germany last week in solidarity with the Navalny demonstrations in Russia.

In France, ongoing demonstrations against the comprehensive security bill in over 70 cities were accompanied by demonstrations in response to amendments to a bioethics bill. (For more on demonstrations sparked by the comprehensive security bill in France, see this recent ACLED analysis piece, part of the Political Disorder in Europe spotlight series.) The bioethics bill, which was before the Senate on 2 February, prompted a reignition of demonstration activity by Marchons Enfants! and Strike For All (La Manif Pour Tous). Both groups are right-wing organizations created to demonstrate against the two amendments being voted on in the bioethics bill. The admendments would grant lesbian couples and single women access to medically assisted reproduction (MAP) (Reuters, 24 September 2019). This highly controversial bill resulted in 36 demonstrations on 30-31 January. Counter-demonstrators, including feminist collectives and LGBT activists, were present at at least 23 of the demonstrations.

In contrast to the peaceful 38 demonstration events by Marchons Enfants! on 10 October 2020, which had occurred ahead of the bill’s second reading before the Senate, demonstrations in Angers, Rennes, and Lille last week became tense. In Angers, minor incidents were reported between the demonstrating groups, while in Rennes and Lille, police used tear gas and water cannons on counter-demonstrators to keep the two groups apart. Counter-demonstrators in Rennes responded with violence and threw projectiles. Possibly in response to the demonstrations, on 2 February, the Senate approved a version of the bioethics bill that removed the controversial clauses (RFI, 4 February 2021). The bill is now headed back to the Lower House.

In Belarus, demonstration activity continued at lower levels than in the fall and summer due to the effects of repression and bad weather on demonstrators’ desire to mobilize. However, more than 2,000 demonstrators organized small rallies and flash mobs on the streets of Minsk and several Belarusian cities. They demanded new elections, the release of political prisoners, and condemned authorities’ intention to define the white-red-white Belarusian flag adopted by the opposition as a “terrorist symbol” (Svaboda.org, 31 January 2021; TUT.BY, 29 January 2021).

In Poland, dozens of demonstrations against the legal restriction on abortions took place for another consecutive week. However, the frequency and number of participants seem to be stagnating. The decline in abortion-related demonstration activity is likely to continue while other forms of protesting, in particular internet activism, take its place, see this recent ACLED analysis piece, part of the Political Disorder in Europe spotlight series.)1ACLED does not cover online protests.

Meanwhile, demonstrations related to the coronavirus pandemic continued in many countries across Europe last week. In Austria, Germany, the Netherlands, Ireland, and Switzerland, groups — including far-right groups, such as Querdenken — demonstrated against coronavirus measures. A demonstration of thousands turned violent in Vienna (Euronews, 1 February 2021). In Portugal, Czech Republic, Denmark, and Norway, demonstrators condemned the government’s response to the pandemic. In Belgium, France, Italy, Spain, Poland, Slovakia, Hungary, Moldova, Greece, and Croatia, labor groups criticized unfair restrictions on their work, while in Slovenia, people demanded the reopening of schools. Meanwhile, in Cyprus, refugees at the Pournara reception center participated in ongoing demonstrations against their protracted detention due to the coronavirus crisis (Cyprus Mail, 2 February 2021).

In Ukraine, three pro-Russian TV channels were shut down in a case linked to the alleged financing of Kremlin-led armed groups in eastern Ukraine by the channels’ owner (Ukrayinska Pravda, 3 February 2021). This move sparked demonstrations in support of the shutdown, which is likely intended to decrease both Russian media’s influence in the country and the influence of the Russia-leaning Opposition Platform party in particular. In the Donbas region, fighting between Ukrainian government forces and Russian-led separatists remained at very low levels. There were 27 armed clashes, 50 shelling incidents, and one fatality reported last week.