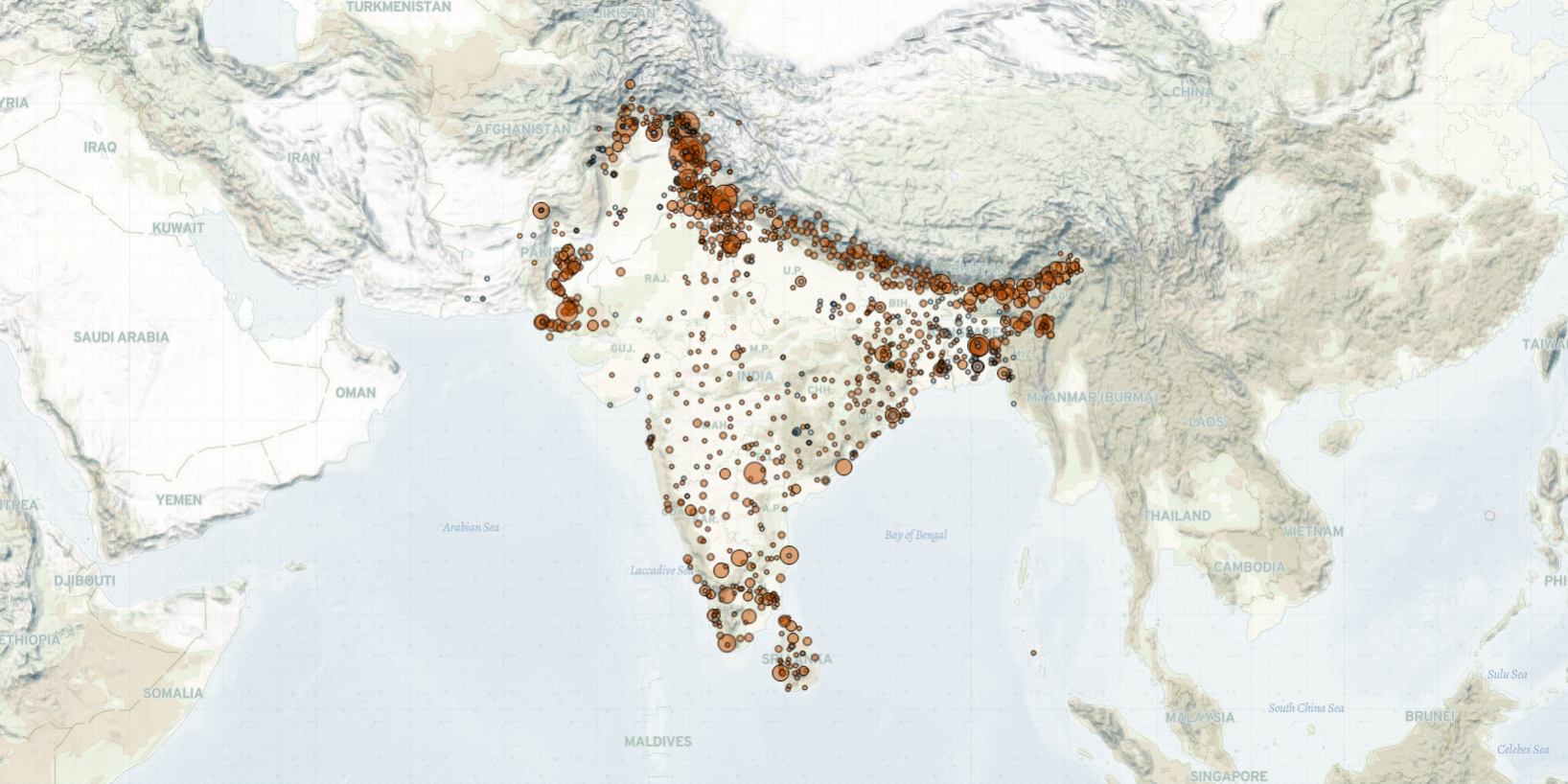 Last week in South Asia, Baloch separatists launched targeted attacks on security forces and civilians in Pakistan, while security forces conducted operations against the Tehreek-i-Taliban Pakistan (TTP). In India, Naxal-Maoist rebels reportedly launched their annual tactical campaign to advance their influence in the Red Corridor. Following a joint statement the week prior reaffirming the 2003 ceasefire along the disputed border, no cross-border violent incidents were reported last week between India and Pakistan. Anti-government demonstrations over increasing fuel prices and inflation have continued in both India and Pakistan. Lastly, the Nepalese government concluded a peace agreement with a communist rebel group to end attacks and bombings.

Targeted attacks by Baloch separatists increased in Pakistan’s Balochistan province, compared to previous weeks. The Baloch Republican Army (BRA) attacked and killed two Frontier Corps (FC) officers in Kharan district. Five ethnic Punjabi laborers were killed near Sibi town by a roadside bomb while on their way to work on a water pipeline project. Baloch separatists have frequently targeted civilians and security personnel involved in development projects in the province. The separatists oppose infrastructure development and consider such projects to be a misuse of natural resources and labor to serve foreign investors. (For more on Baloch separatism, see this ACLED piece on rising organized violence in Balochistan.)

In other regions of Pakistan, violent events perpetrated by Taliban militants declined as militants were targeted by security forces and other armed groups. An Afghan Taliban commander was killed by an unknown group in Peshawar city of Khyber Pakhtunkhwa province. In early January, another Taliban commander was shot dead during his morning prayers at a mosque near Peshawar. In Sindh province, the Counter-Terrorism Department (CTD) killed two TTP militants who had allegedly arrived in the region to carry out attacks. This was the first major CTD operation after the recent encounter in Shah Latif town near Karachi on 8 February, during which one suspected militant was killed and five others were injured. The CTD conducted an operation based on inputs about possible attacks on a government department in Karachi city (Asian News International, 8 February 2021).

Last week, no incidents of cross-border violence between Indian and Pakistani state forces were reported. On 25 February, the two countries reaffirmed their 2003 agreement to observe a ceasefire in the disputed Kashmir region (Al Jazeera, 25 February 2021). While ACLED data suggest 2020 was the most violent year in cross-border incidents in recent years, the reaffirmation of the ceasefire agreement follows a decline in cross-border tensions since the beginning of 2021. This decrease may be owing to Pakistan’s urge to involve India in dialogue prior to the recent announcement (The Washington Post, 25 February 2021).

In India, Naxal-Maoist violence remains high as rebels target security forces in the Red Corridor. At least four encounters were reported between Naxals and police close to the Maharashtra-Chhattisgarh border last week. The encounters took place as security forces carried out an operation against the rebels’ tactical counter-offensive campaign (TCOC), which reportedly began on 1 March (The Indian Express, 5 March 2021). TCOC constitutes an annual series of attacks on security forces, usually carried out between March and the beginning of monsoon in July (Time of India, 18 April 2015). Last year, violent events during this time period decreased significantly, coinciding with the beginning of coronavirus lockdown. In Jharkhand state, three Jharkhand Jaguar Force officers were killed, and four others were injured in a landmine explosion by the Communist Party of India (Maoist). A head constable of the Chhattisgarh Armed Force was killed in an IED explosion in Chhattisgarh state. According to officials, Maoists have employed a low-risk strategy of planting explosives to target security forces as part of their annual campaign (News 18, 5 March 2021) In previous years, rebels primarily focused on battles and direct confrontations.

In other developments in India and Pakistan, demonstrations against the two governments over rising fuel prices and inflation continued last week. Most demonstrations in Pakistan took place in Khyber Pakhtunkhwa province, where the local opposition Jamiat Ulema-e-Islam-Fazl (JUI-F) demonstrated against rising unemployment and high commodity prices (Dawn, 28 February 2021). In India, opposition parties staged demonstrations across the country against increasing petrol and diesel prices. The opposition has been critical of the ruling Bharatiya Janata Party (BJP) for placing an additional financial burden on citizens and workers amid the coronavirus pandemic (Business Insider, 26 February 2021). Police personnel intervened in some of the demonstrations, including one in the capital, New Delhi. Members of the youth wing of the Indian National Congress (INC) were arrested while demanding the resignation of the petroleum minister (Deccan Herald, 27 February 2021).

Lastly, the Nepali government and the outlawed Maoist splinter group led by Netra Bikram Chand signed an agreement last week after the latter committed to renouncing violent activities (Al Jazeera, 4 March 2021). In turn, Prime Minister K.P. Sharma Oli lifted a ban on the Chand faction and promised to release imprisoned members and supporters of the party. The splinter group will rejoin mainstream politics after two years. In 2019, the government declared the faction to be a criminal outfit as a result of its alleged involvement in the bombings and killing of civilians (Al Jazeera, 4 March 2021). The agreement comes amid a political crisis due to a rift inside the ruling party and recent demonstrations against the dissolution of parliament (Al Jazeera, 23 February 2021).