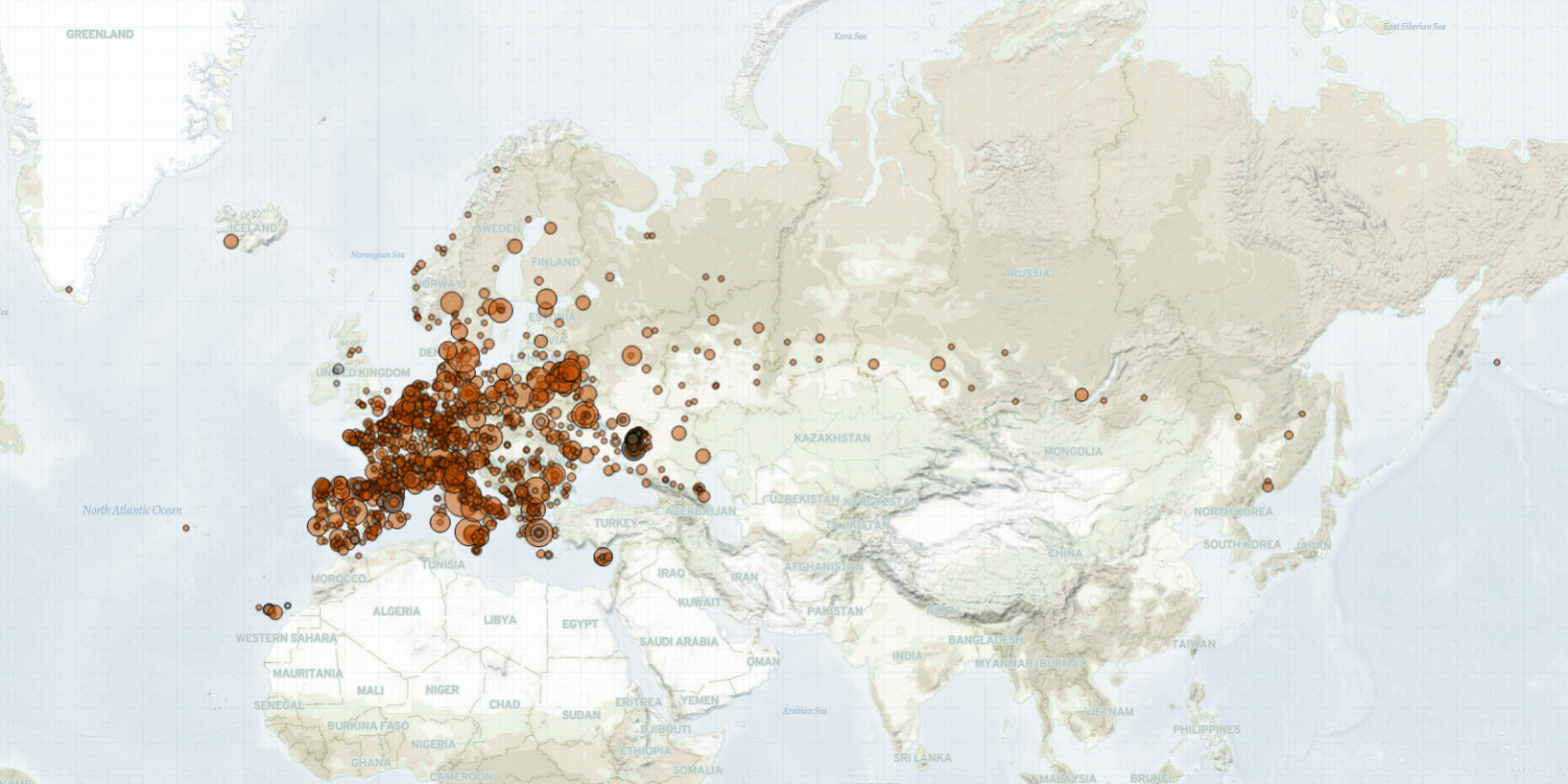 Last week, demonstration activity increased across Europe. In Belarus, demonstrations against the regime of Alexander Lukashenko continued across the country. Demonstrators called for increased demonstration activity in the spring, beginning on 25 March. In Greece, violent anti-police demonstrations were held by people angered over the beating of a man by police, and legislation that empowers police to patrol campuses. In Scandinavia, right-wing and anti-Islamic groups held rallies against Sharia law. Numerous demonstrations in support of women’s rights took place across the region, particularly around International Women’s Day on 8 March. Coronavirus-related demonstrations also continued in many countries. France saw an increase in farmer protests around difficult negotiations with supermarkets, while Italy saw a violent crackdown by police on an ongoing strike by Texprint workers in Prato.

In Belarus, demonstrations continued in Minsk and across the country, with people demanding the release of political prisoners, but also calling for protests to resume on a larger scale on 25 March. Forces loyal to Lukashenko’s regime continue to attempt to intimidate civil society. Police conducted arbitrary arrests across Minsk, while also arresting dozens at a meeting of an independent student union. They detained around 30 people who manage neighborhood and specialized Telegram channels that are used in organizing groups of demonstrators and activists (TUT.BY, 7 March 2021; Nasha Niva, 2 March 2021; RFE/RL, 11 March 2021).

In Greece, there was a sharp increase in activity last week due to rioting following the beating of a man by a police officer during a coronavirus inspection. Violent demonstrations also erupted after police evacuated the administration building and rectorship offices of the Aristotle University of Thessaloniki. The building was occupied for weeks by demonstrators opposed to the recently passed education law allowing police to patrol campuses (AP, 11 March 2021). Supporters of jailed gunman Dimitris Koufodinas continue to demonstrate, widening their scope to opposing authoritarianism. Anti-police sentiment was the common element at demonstrations over different issues across the country, including those against police violence, the education law, and coronavirus restrictions (AP, 12 March 2021).

Demonstrations related to the coronavirus pandemic and its political and economic fallout took place across Europe last week as well. Demonstrations took place in Sweden, the Czech Republic, Hungary, Moldova, Romania, Cyprus, Austria, Belgium, France, Germany, Italy, Netherlands, Portugal, Spain, Switzerland, the United Kingdom, and Andorra. In Sweden, one of the first large-scale demonstrations against coronavirus restrictions took place on 6 March in Stockholm. Due to the ban on public gatherings of more than eight people, the police intervened and dispersed the demonstrators. Five police officers were injured during the subsequent backlash and rioting, one of whom was taken to hospital (Expressen, 6 March 2021).

In Scandinavia, right-wing and anti-Islamic parties demonstrated in multiple countries against Sharia law. Demonstrations were held by SIAN (Stop the Islamisation of Norway), the Nordic Resistance Movement (in Norway and Sweden), and Stram Kurs (in Denmark). In Norway, activists from the anti-Islamic SIAN movement demonstrated in Oslo, arguing that Sharia law violates women’s rights. Later, a group of counter-demonstrators gathered at the same spot and later attacked SIAN activists. Three of them were arrested. Police had to interrupt the demonstration and remove the SIAN activists from the venue for security reasons (Avisa Oslo, 8 March 2021).

In France, a farmer demonstration movement around pricing disputes between farmers and supermarkets has been slowly ramping up since 9 February. This is in conjunction with the annual negotiations between the two parties that closed on a bitter note 1 March (Euractiv, 4 March 2021). Some contracts were not signed and mediators have 15 days to find a resolution. Twenty-five demonstration events took place last week, of which three became violent. Farmers started fires and dumped agricultural waste in front of government buildings to further express their displeasure.

In Italy, a month-long strike by Texprint workers in Prato was disrupted on 10 March when police officers violently intervened to disperse the permanent picket. The workers had been demonstrating against inhumane conditions and exploitation (Il Tirreno, 10 March 2021). Clashes between the demonstrators and police took place, with six demonstrators sustaining minor injuries and four being taken to the hospital. Despite the intervention, the strike in front of Texprint is ongoing.

In the Donbas region in Ukraine, fighting between Ukrainian government forces and Russian-led separatists slightly escalated compared to the previous week. There were 50 armed clashes, 79 shelling incidents, and four fatalities reported.