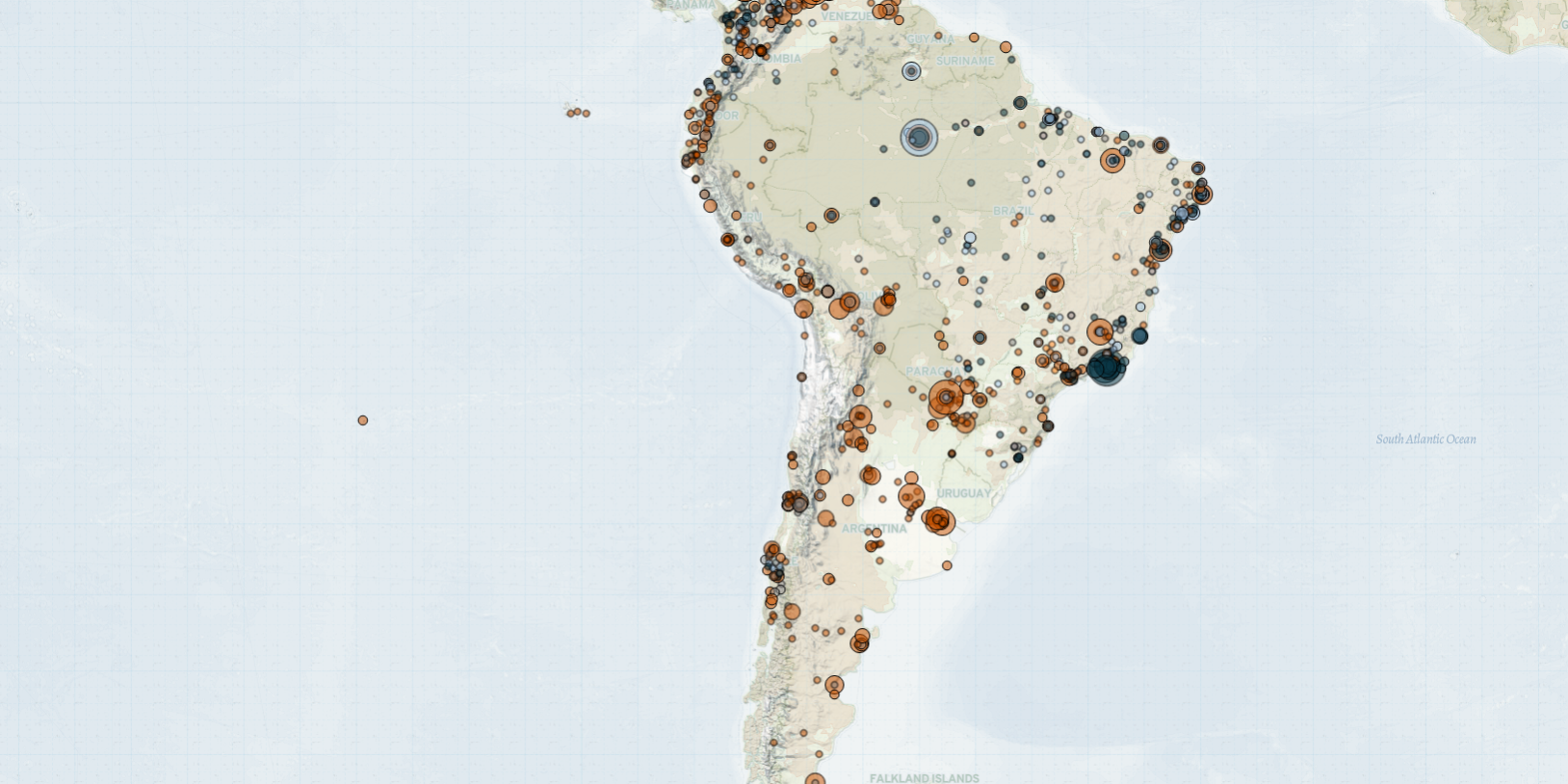 Last week in South America, demonstrators took to the streets in Argentina to protest the return of strict quarantine measures. Protests erupted in Paraguay over the government’s mishandling of the coronavirus pandemic and the collapse of the public health system. In Colombia, tensions between the government and minority groups increased over the potential restart of aerial fumigation of coca fields. In Bolivia, as municipal elections were being held, citizens carried out demonstrations against alleged election fraud. In Brazil, protests against lockdown measures continue to be held amid an increase in the coronavirus death rate.

In Argentina, hundreds of residents of Formosa municipality carried out protests for the second consecutive week to oppose the Peronist Governor Gildo Insfrán’s decision to return to strict quarantine measures in the wake of a new coronavirus outbreak (El Comercial, 7 March 2021). In an attempt to hinder the demonstrations, police forces pushed back and made use of rubber bullets and tear gas. They also beat protesters and journalists covering the event, resulting in several people injured and detained (La Nación, 14 March 2021). The United Nations High Commissioner for Human Rights, the resident coordinator for United Nations Argentina, and the Inter-American Commission on Human Rights all expressed concern over the indiscriminate use of force by police during the event (Reuters, 6 March 2021).

Meanwhile, in Paraguay, thousands of citizens took to the streets over the lack of medication and care units in hospitals amid a spike in coronavirus cases (ABC Color, 9 March 2021). Furthermore, following the resignation of Julio Mazzoleni from his position as Health Minister, protesters called for the impeachment of President Mario Abdo Benítez due to his mishandling of the pandemic. Opposition lawmakers and demonstrators claim the country’s health crisis has been aggravated by widespread government corruption (ABC Color, 9 March 2021). The health ministers of three other South American countries — Argentina, Ecuador, and Peru — have resigned in recent weeks amid scandals and criticism over their administrations’ mismanagement of the coronavirus outbreak (The New York Times, 7 March 2021).

In Bolivia, during the municipal elections on 7 March, citizens demonstrated about allegations of fraud in several cities of the Santa Cruz department. Demonstrators claim that people were being brought in to vote from different regions as a move to rig the elections in favor of the candidates of the Movement for Socialism party (MAS). In the cities of La Belgica, San Ramon, San Jose de Chiquitos, Pailon, and Santa Cruz de la Sierra, demonstrators burned the ballot boxes to express their discontent (El Deber, 9 March 2021).

In Colombia, the government announced it would resume the aerial fumigation of coca crops — the base ingredient of cocaine — with herbicide glyphosate in April this year (Colombia Reports, 9 March 2021). The practice of aerial spraying glyphosate as a counter-drug strategy has destroyed countless acres of legitimate crops across the country, further driving farmers into poverty and forcing them to flee their homes. For this reason, farmers and indigenous communities protested against the potential aerial spraying of coca fields. In Putumayo, Nasa, indigenous people and police forces clashed over the destruction of a coca field that belonged to the community, resulting in one indigenous person injured (Comision Intereclesial de Justicia y Paz, 8 March 2021). Moreover, protesters demand the government’s full implementation of the 2016 Peace Agreement, which includes the introduction of alternative livelihood programs for families who economically depend on illegal plantations. For many farmers in Colombia, the cultivation of crops declared to be illicit represents a fundamental economic survival strategy. Thus, forced crop eradication campaigns undertaken in the absence of viable alternative livelihoods is viewed as a violation of  farmers’ rights (UNODC, 26 September 2011).

In Venezuela, women from several political and social organizations marched in celebration of International Women’s Day on 8 March in several cities across the country. The protesters demand better jobs and education, respect for women’s reproductive rights, and the eradication of violence against women and girls. While covering the women’s protest in the city of Maiquetía, La Guaira, a journalist was arrested by the Venezuelan National Guard (GNB) and imprisoned for four hours. GNB officers had ordered women protesters to leave the site otherwise they would be arrested (ACN, 8 March 2021).

Lastly, in Brazil, labor groups continue to carry out demonstrations against the enforcement of strict lockdown measures during the coronavirus pandemic. Meanwhile, in many cities, the healthcare system has reached its full capacity.This has resulted in the relocation of patients to nearby cities — or, when not feasible, in a higher death rate among coronavirus patients, including young people with no pre-existing conditions (The Brazilian Report, 6 March 2021). As of last week, the country reached nearly 2,000 deaths per day (El País, 9 March 2021).